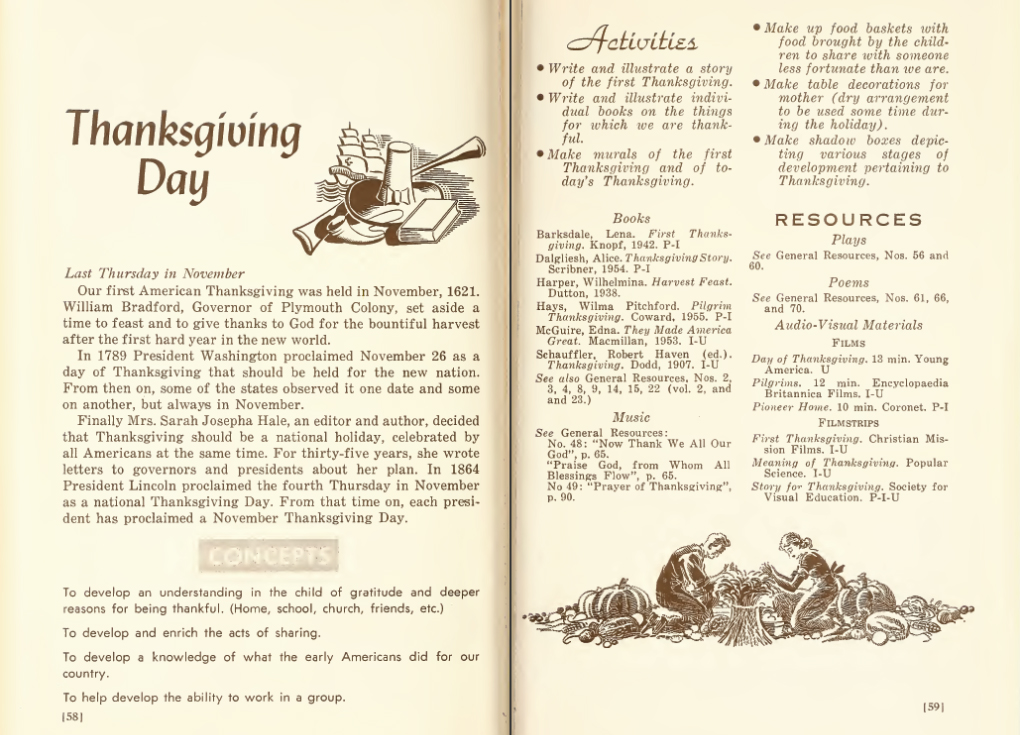 In recent years, public school teachers have been encouraged to address conflicts between colonists and American Indians in their Thanksgiving Day lessons. For educators who choose to deliver a lesson about Thanksgiving (state standards do not mandate that they do so), teachers are urged to go "beyond the myth to the real, accurate portrayals of American Indians and the history of Thanksgiving."

To assist them in lesson planning, the offers a list of resources related to teaching about Thanksgiving in light of competing historical interpretations and cultural considerations. One of the links provided by NC DPI is "Deconstructing the Myths of 'The First Thanksgiving'" on the Oyate website, which claims,

Both the Separatists and Puritans were rigid fundamentalists who came here fully intending to take the land away from its Native inhabitants and establish a new nation, their "Holy Kingdom." The Plymouth colonists were never concerned with "freedom of religion" for anyone but themselves.

This is a far cry from the traditional account of the encounter between Pilgrims and American Indians that many adults learned when they were children. While I welcome the impulse to broaden the historical account of the encounter, I believe that the Oyate account and others like it represents an overcorrection with consequences that stretch far beyond "setting the record straight." It ultimately denies a generation of public school children the privilege of enjoying genuinely enriching commemorations of the holiday.

In 1959, the N.C. Department of Public Instruction published "Observance of Special Days," a guide to celebrating the holidays in the state's public schools. The publication includes an overview of the holiday, concepts for students to learn, suggested activities, and resources, including books, periodicals, music, plays, poems, and films, designed to enhance the lesson.

"Observance of Special Days" covers most major holidays as well as celebrations of scouting, books, fire prevention, and thrift. I suspect that recommended commemorations of the birthdays of Robert E. Lee and Thomas "Stonewall" Jackson wouldn't fly in most public schools today. Still, perhaps a renamed "Brotherhood Week" is worthwhile. The purpose of Brotherhood Week, which was celebrated during the second week of February, was to cultivate "responsible, mature citizens who will foster and strengthen our society of free men" thereby improving human relations "to build a stronger democracy and a better world for all people." Teaching children the value of civility and voluntary association may be needed now more than ever.

Likewise, the Thanksgiving lesson covers skills and dispositions that helped parents raise well-adjusted children. The four concepts outlined in the guide are as follows:


These concepts would be reinforced by suggested activities, including:

The number of teachers who used "Observance of Special Days" to create their Thanksgiving lessons is not known. In fact, we do not know how teachers chose to celebrate the holiday or the resources that they used. Some teachers may have had access to publications like My Weekly Reader, while others borrowed lessons from colleagues or simply created one from scratch. Public schools have afforded teachers a level of autonomy in this regard.

Despite historical inaccuracies in some accounts of the first Thanksgiving and the Plymouth Colony, which warrant acknowledgment and correction, lessons on Thanksgiving in elementary school were designed to be celebrations of kindness, gratitude, discovery, and other humane virtues. It is a tradition worth reviving.