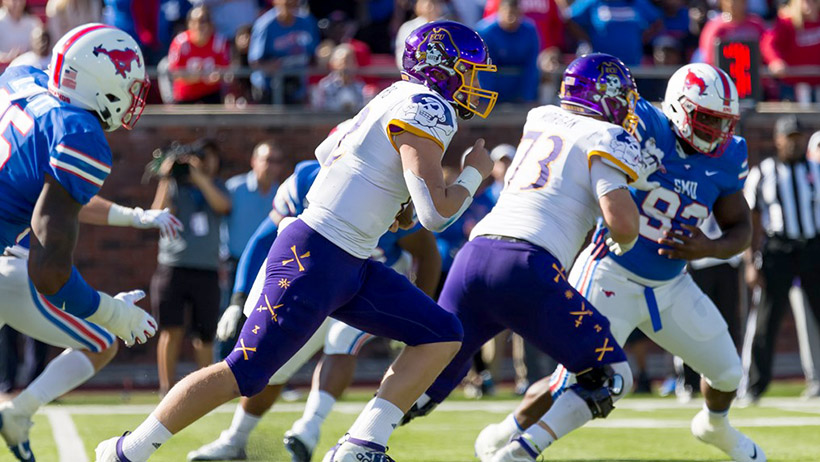 GREENVILLE, N.C.     East Carolina will close out its 2019 regular season road schedule when it travels to Connecticut on Saturday for a 12 noon (ET) American Athletic Conference matchup against the Huskies at Pratt & Whitney Stadium. After enjoying a bye week, the Pirates will try to post their fourth-straight win over UConn while also wrapping up a two-game road swing that began Nov. 9 with a 59-51 setback at No. 23 SMU. ECU will attempt to capture multiple road wins in the same season for the first time since 2015, which also marks the year of the Pirates' first-ever trip to Connecticut.

ECU RECORDS AND STREAKS
THE SERIES     East Carolina leads 4-1 in a series which only dates back to the Pirates' membership in The American (2014).

MIKE HOUSTON AGAINST THE HUSKIES     Including Mike Houston's prior eight-year tenure as a collegiate head coach at Lenoir-Rhyne, The Citadel and James Madison, Saturday's game will mark his first-ever meeting against Connecticut.

RANDY EDSALL AGAINST THE PIRATES     While Saturday's contest will be Randy Edsall's third against East Carolina as a head coach (2017, 2018), he also faced the Pirates twice as an assistant ... As defensive backs coach at Syracuse, his Orange took a pair of games against ECU with 38-14 and 18-16 victories in 1988 and 1989, respectively.

AN ASSOCIATION OF HUSKIES AND PIRATES     East Carolina and Connecticut each feature Skip Holtz on its all-time head coach roster page ... Holtz was 34-23 (.596) while guiding the Huskies for five seasons (1994-98) and later led the Pirates to a 38-27 (.585) mark, two Conference USA titles and an unprecedented run of four-straight bowl appearances from 2005 to 2009 before moving on to USF, and ultimately, Louisiana Tech ... In addition to Holtz, four other former ECU staffers have prior associations with UConn.