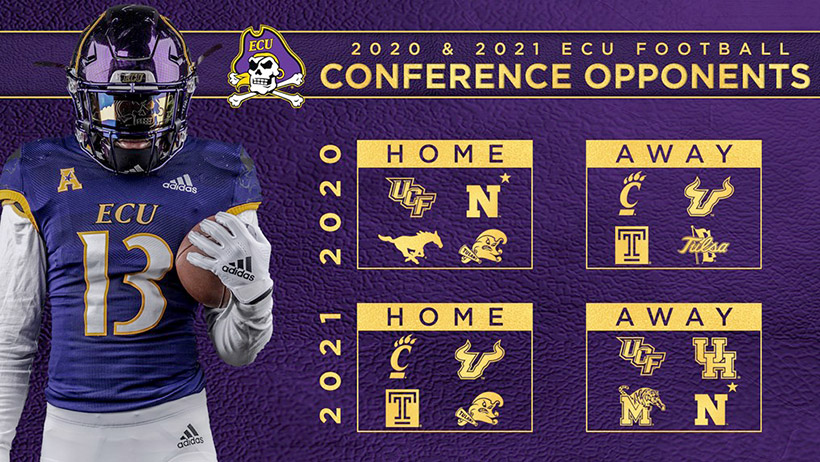 PROVIDENCE, R.I.     American Athletic Conference commissioner Mike Aresco has announced the two-year football scheduling model for conference games that will be in place for the 2020 and 2021 football seasons.

The 2020 season will be the first for The American with 11 football-playing institutions. The 2020 and 2021 schedules will include eight conference games - four home games and four road contests - for each team in each season. Each team will face the other 10 teams at least once in the two-year cycle.

East Carolina will host UCF, Navy, SMU and Tulane at Dowdy-Ficklen Stadium next fall, while facing Cincinnati, USF, Temple and Tulsa on the road. Specific dates of those matchups will be announced in early February in conjunction with the league's annual full schedule release.

"This scheduling model provides balance and competitive equity and will contribute to the exciting seasons to which we have become accustomed in the American Athletic Conference," Aresco said. "It is a fair model that was unanimously supported by our athletic directors."

The American will not have a divisional format for its 2020 and 2021 football seasons. The conference will determine the procedures for determining the participants in the American Athletic Conference Football Championship at a later date.