Each week, staff at Carolina Journal looks back at the week in N.C. politics and chooses what we think are some interesting, relevant stories you may have missed. Here’s a week in review: carolina journal, politics, week in review, november 18, 2019
Home
Categories
Login 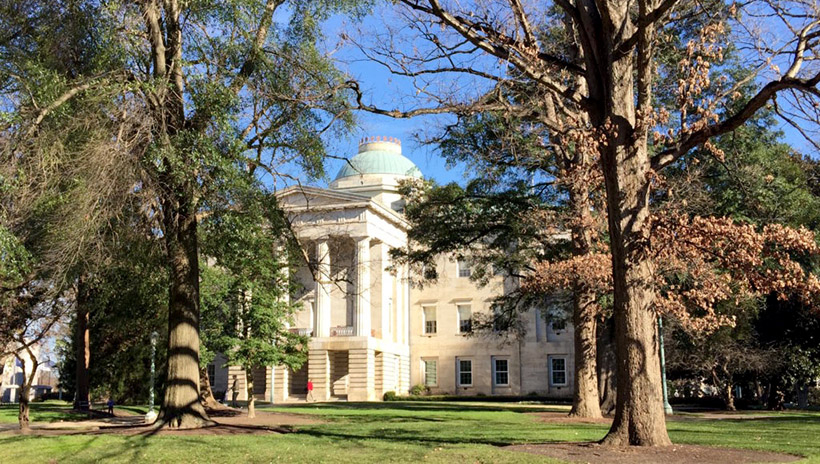 Mark Johnson campaign: State Superintendent Mark Johnson announced Nov. 12 that he is running for lieutenant governor after months of speculation. Johnson joins a crowded field of Republicans and Democrats who say they'll seek the seat in 2020. Several Democrats are running for state superintendent, and now a couple of Republicans may join the race since Johnson isn't seeking another term. Rep. Craig Horn, R-Union, the chair of the House Education Committee, is considering running, as is Catherine Truitt, the chancellor of Western Governors University North Carolina.

NCAE pickets: The North Carolina Association of Educators is encouraging teachers to picket in front of their schools over the long-running budget impasse. Teachers at a handful of schools protested either before or after school hours, calling for higher wages and more education funding. The NCAE, a left-leaning teacher organization, backs Gov. Roy Cooper in the budget stalemate. Cooper vetoed the budget June 28 over a lack of funds to expand Medicaid and what he considered to be insufficient teacher raises. Meanwhile, Sen. Ralph Hise, R-Mitchell, noted in a news release that a recent audit suggests only 5% of N.C. teachers actually belong to the NCAE.

Goodwin running: Wayne Goodwin, the chairman of the N.C. Democratic Party, is running for his old seat as insurance commissioner. Goodwin held the seat from 2009 until 2016, when Republican Mike Causey defeated him. If Goodwin and Causey end up facing each other, then a recent bribery case is sure to make an appearance. Causey, a Republican, turned in former N.C. GOP Chairman Robin Hayes for allegedly aiding Greg Lindberg - a wealthy insurance businessman - in attempting to bribe Causey. Lindberg supported Goodwin's unsuccessful 2016 re-election campaign before being indicted on federal criminal charges.

High Point Poll: North Carolinians are divided on whether President Donald Trump should be impeached and removed from office. The latest poll from High Point University surveyed 1,049 N.C. residents from Nov. 1 to Nov. 7. The poll's credibility interval is plus or minus 3.6%. Of the respondents, 44% said Trump should be impeached while 43% objected to the idea. Thirteen percent either didn't know or refused to answer. Trump's approval sits at 40% while 52% disapprove of the job the president is doing.

MyFutureNC leadership: Cecilia Holden, director of legislative and community affairs for the North Carolina State Board of Education, will be the first president and CEO of myFutureNC. MyFutureNC is a nonprofit focused on educational attainment in North Carolina. In February, the organization issued a statewide goal of 2 million North Carolinians earning a high-quality postsecondary degree or credential by 2030. "As a native of rural North Carolina and a product of our public and private institutions, I am passionate about the education and economic prosperity of the people of our great state," Holden said in a news release. "This position is the perfect place to combine this passion and my education and business background and put it to work for myFutureNC."