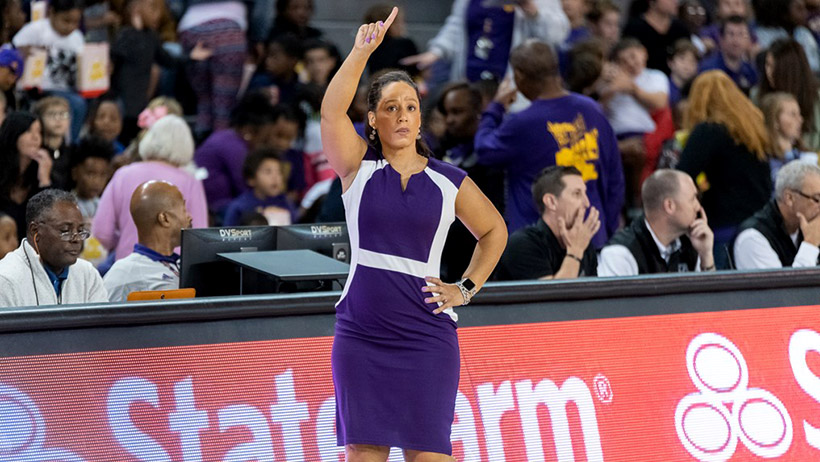 GREENVILLE, N.C.     In her first season in charge, ECU head women's basketball coach Kim McNeill has announced the signing of four student-athletes for the 2020-2021 season.

"I am really excited to announce the signing of these four young ladies," McNeill said. "My staff and I did a great job of identifying young ladies who are committed to the culture that we are establishing here at East Carolina. All four of them excel in the classroom just as much as they do on the court. Each young lady brings a unique skill set to the team and I am anxiously looking forward to coaching them and impacting their lives." 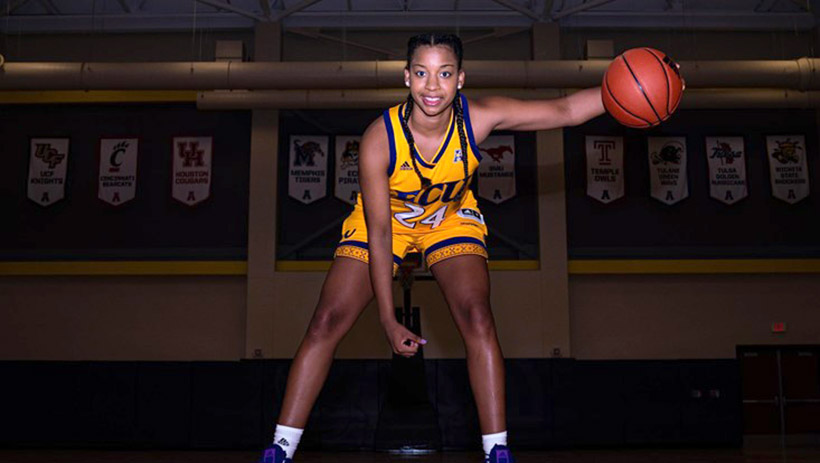 Coming to ECU from Centreville Md., Morgan Moseley can play both the guard and forward positions. Moseley averaged 13 points per game, nine rebounds and three steals during her junior season at Saint James School, earning her team's MVP award as well as First-Team All-County honor. Moseley helped Saint James School win 20 games during the 2018-19 season, including winning the Title IX National Tournament in Washington D.C. Moseley's talents are not limited to the basketball court, as she has earned High Honors in the classroom for the past four years as well as being named the most improved player for Saint James' volleyball team.

"Morgan is a versatile player with a high basketball IQ," added McNeill. "She can play multiple positions and create matchup problems with her skillset. She's committed to doing all of the little things that we need to win games. Morgan is very motivated to be the best she can be in the classroom and on the court. That mindset will help enhance our team on the court and in the classroom." 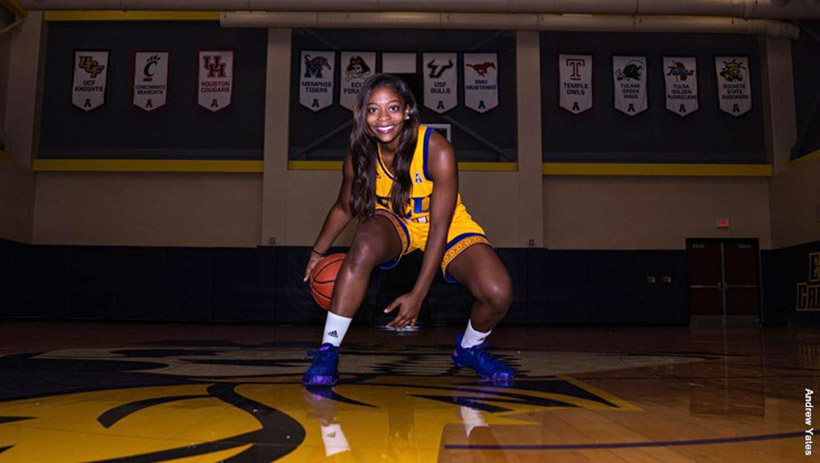 Alexsia Rose is a point guard that will finish her prep career at Bloomfield High School in Bloomfield, Ct. Rose started her high school career at Watkinson School in nearby Hartford where she was a four-time NEPSAC All-Star and four-time MVP. She scored over 1,000 points in three seasons on the varsity team and was named the Watkinson Female Athlete of the Year in 2018-19. Rose also was named First-Team All-NEPSAC and to the NEPSAC All-Tournament Team and helped Watkinson win the CISAC Class D Championships. Rose was also a three-time high honor roll honoree in the classroom and has volunteered at the Salvation Army Daycare, the Hartford Garden, The Village for Families and Children and Knox Inc, a nonprofit farm in Hartford.

"Alexsia is a crafty guard who brings a lot of swag and toughness to our team," said McNeill. "She can create offense for her teammates, and herself as well. Alexsia can hit the three, or she can use her quickness and strong frame to get past defenders to score at the rim. She is the ultimate competitor that you want by your side when it's time to go to war." 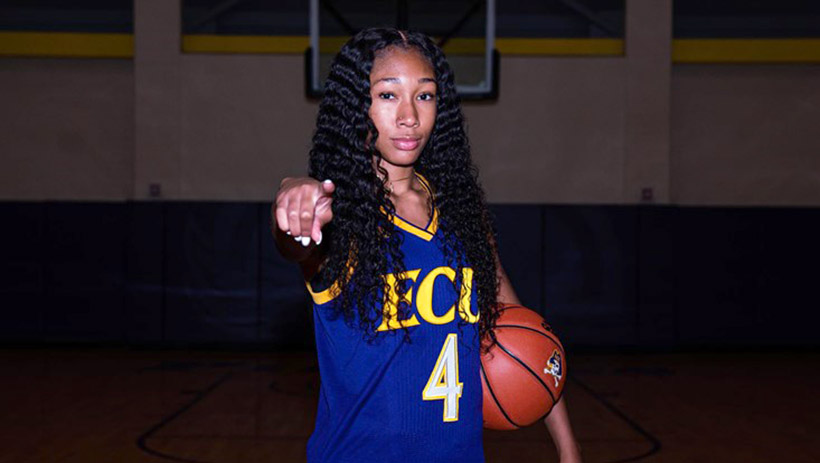 Synia Johnson, a guard, is a native of Waldorf, Md., and is finishing her high school career at Riverdale Baptist. Last season, Johnson averaged nine points, four rebounds, two assists and two steals, earning Defensive Player of the Year honors as well as being named a NACA All-American and the MVP of the 757 Challenge. Johnson spent her freshman and sophomore seasons at North Point, where she was named All-County both years. She also earned the All-SMAC Coaches Award following her freshman season and after a sophomore season in which she averaged 17 points, five rebounds and three assists, she was named the All-SMAC Team MVP.

"Synia is an ultra-quick guard who can change the game defensively and in transition," McNeill commented. "She's explosive in the open floor and she plays with a chip on her shoulder. She is a versatile guard who can play several positions and she loves defending the opponents best player. As much as she is committed to the court, she is just as committed in the classroom to be the best she can be." 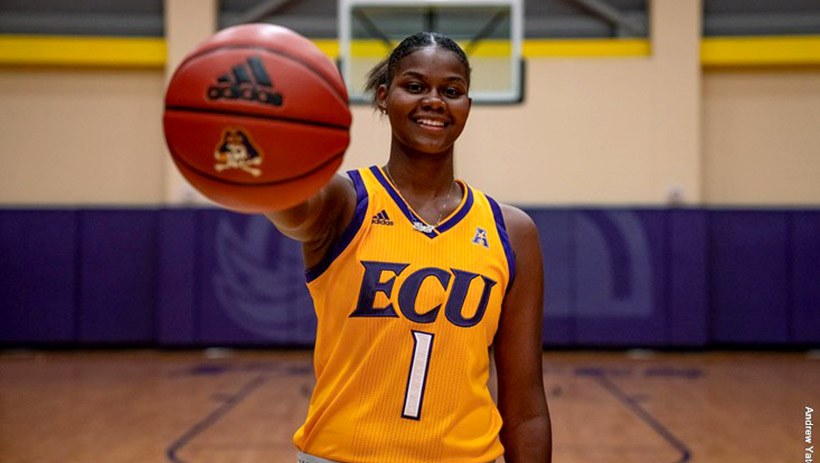 The tallest member of the recruiting class, Kayla Morris is a 6'2" native of Harlem, N.Y. Morris will spend her senior year at Montverde Academy in Orlando, Fla., transferring from Scanlan High School. While at Scanlan, Morris was ranked as the No. 12 prospect in the state of New York by Max Preps after averaging a double-double with 10 points and 10 rebounds per game. She was a menace on the defensive end as well, blocking 5.6 shots per game.

"Kayla is a skilled forward who has the ability to shoot the three and score in the low post," McNeill finished. "One of her greatest attributes is her play making ability from the forward spot. She is competitive and loves playing the game of basketball. She has the ability to be a unique player who can impact the game inside and out for us."

While those four will arrive on campus for the 2020-21 season, the current Pirates will continue the 2019-20 campaign on Sunday afternoon when they play host to Charlotte in Minges Coliseum. Tipoff of that contest is scheduled for 5 p.m.