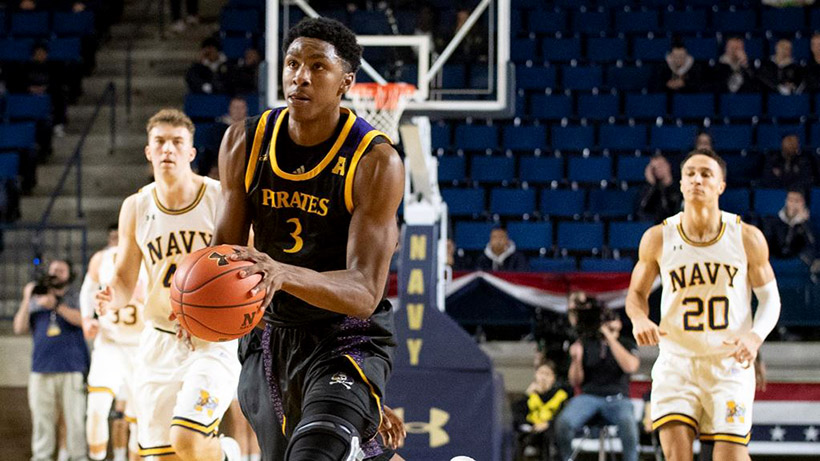 Cam Davis scored 14 and Greg Summers added 13 for Navy, which evened its record after falling to George Mason in overtime three days earlier.

The Pirates had 19 turnovers, shot 41 percent and were outscored 39-28 in the second half.

After falling behind 29-23 at halftime, Navy made little headway until Carter made two free throws and a 3-pointer to spark a 12-2 run that gave the Midshipmen their first lead since the game's opening minutes.

LeDay then sandwiched a pair of dunks around a 3-point bank shot by J.J. Miles for a four-point advantage, but Navy answered with a 9-2 spurt that began with a three-point play by Davis and four straight free throws by Summers.

The Midshipmen stayed in front by sinking six free throws over the final 42 seconds.

East Carolina seeks to rebound with a trip to Appalachian State on Tuesday night.