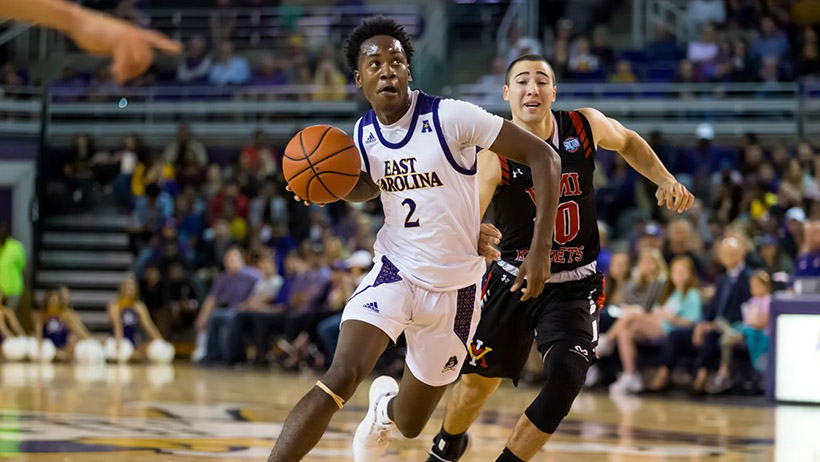 ANNAPOLIS, Md.     East Carolina will hit the road for the first time this season Friday, November 8 when the Pirates travel to Annapolis, Md. to face the United States Naval Academy at the 2019 Veterans Classic. The game will tip at 8:30 pm and will be broadcast on CBS Sports Network.

It'll be the Pirates' first meeting with Navy on the hardwood since 1991, when both schools were members of the Colonial Athletic Association. East Carolina won the final six meetings in the series before the Midshipmen withdrew from the conference. However, Navy won 11 of the first 12 meetings from 1982-87 and holds a 12-8 series advantage.

After opening the season with an 80-68 win at home over VMI on Tuesday night, the Pirates are seeking their first 2-0 start to the season for the first time since opening the 2016-17 campaign with back-to-back wins at home over Grambling State and N.C. A&T.

The Pirates trailed VMI by two at halftime, but outscored the Keydets by 14 after halftime behind 18 from Gardner and 10 from Brandon Suggs, who finished with 12 points.

Navy opened the season with an overtime loss at George Mason Tuesday night, 68-55. Evan Wieck and Cam Davis each scored 14 points for the Mids, with Greg Summers scoring a career-high 13 points. Summers also grabbed a career-best eight rebounds, with Wieck and Loehr each totaling seven boards.