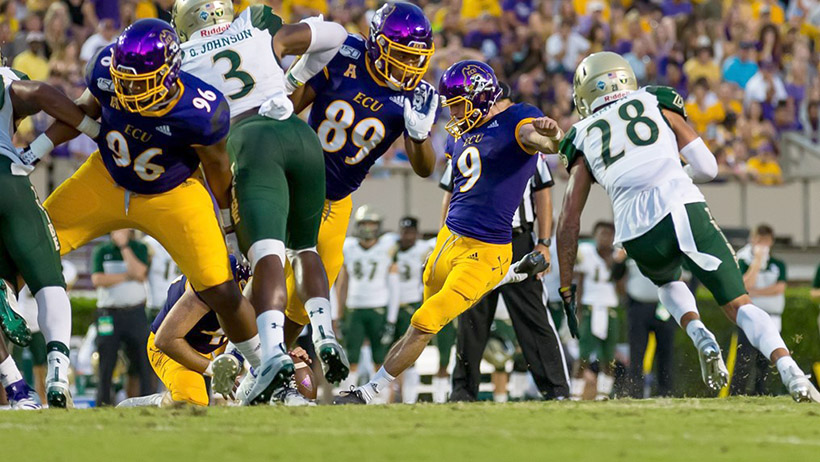 The award recognizes the top collegiate kicker and is named for National Football League Hall of Fame kicker Lou "The Toe" Groza, who played 21 seasons with the Cleveland Browns.

Verity, who currently leads the American Athletic Conference in field goals made per game and kick scoring, is 19-of-23 on field goal tries and has successfully converted all 20 PATs for a total of 77 points, which stands sixth among this year's semifinalists. He has tallied multiple three-pointers in six of nine contests (18 career), matching a career-best with four against William & Mary on Sept. 21 to earn his third career AAC Special Teams Player-of-the-Week accolade.

Semifinalists will be voted on by a panel of more than 100 FBS head coaches, SIDs, media members, former Groza finalists and current NFL kickers to select the three finalists. The finalists will be announced on November 25 and honored at the 28th annual Lou Groza Collegiate Place-Kicker Awards Banquet on December 9 in Palm Beach County. The same panel then selects the winner, who will be announced live on ESPN at the Home Depot College Football Awards Show on December 12.