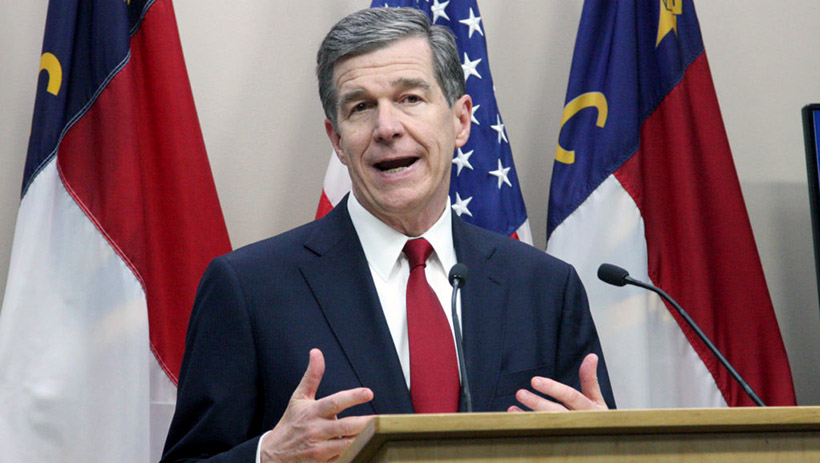 Gov. Roy Cooper is a likeable and experienced politician. But he's not made of Teflon. His administration has taken a number of heavy blows over the past month, and his aides have done him no favors by reacting flippantly rather than substantively.

Consider, for example, the current cash crunch at North Carolina's Department of Transportation. Secretary Jim Trogdon blames the problem on hundreds of millions of dollars of hurricane damage and payouts to property owners whose rights were violated by the state's abusive Map Act.

While these costs are real, they don't fully explain DOT's overspending. An outside consultant's report dinged the department for faulty forecasting and cash management. State Treasurer Dale Folwell cited the report's findings as well as DOT's transfer of $1.1 billion from the Highway Trust Fund to the Highway Fund without his legally required authorization as reasons why Cooper should replace Trogdon.

Rather than responding to these specific concerns, the governor's press office put out a statement rejecting what it termed "a financial lecture from the nation's least effective state Treasurer." DOT's money woes have complex origins and consequences, to be sure. But Trogdon's defense neither required nor was advanced by such adolescent name-calling.

Much less money is at stake over at the Department of Military and Veterans Affairs, but its recent miscue inflicted more political damage.

The department handles a decades-old program called the N.C. State Scholarship for Children of War Veterans. The department sent out a letter informing colleges and universities that scholarship payments would be "delayed until further notice," citing the budget impasse between Gov. Cooper and the General Assembly. But according to reporting by WBTV's Nick Ochsner, there was neither a fiscal nor a legal reason to suspend payment. Whether this was simply an administrative screw-up or a purposeful attempt to pressure GOP lawmakers, it was incredibly foolish.

Meanwhile, the Department of Health and Human Services is mired in its own controversy over awarding a Medicaid contract to a managed-care network led by Blue Cross Blue Shield of North Carolina instead of one led by Aetna. In its legal challenge to the decision, Aetna argues that one of the DHHS employees in charge of evaluating the bids was living with a key Blue Cross executive.

Furthermore, according to reporting by Carolina Journal's Don Carrington, an internal document shows that Aetna's bid originally ranked above the Blue Cross bid. A DHHS official then intervened to create a new criterion after the fact, which had the effect of displacing Aetna in favor of Blue Cross.

If all that wasn't enough, the Cooper administration also spent the month trying to impede an ongoing investigation of issues related to the Atlantic Coast Pipeline. As stories by Carrington and other reporters revealed, the Department of Environmental Quality awarded a water-quality permit for the pipeline through Eastern North Carolina in early 2018 at nearly the same time Gov. Cooper announced a $57.8 million "discretionary fund" to be financed by the utilities building the pipeline - and right after he pressured one of those companies, Duke Energy, to settle a dispute with solar-energy executives, including a political backer of Cooper's.

Cooper and his aides have denied that the three issues were linked in any way. Lawmakers are understandably skeptical and want to know more.

That's why they launched an investigation. But Cooper refused to allow his staff to be interviewed by the investigators, and even sought to use a public-records request to disrupt the ongoing probe. The Raleigh News & Observer, rarely accused of Republican leanings, editorialized that it was "a bad look for the governor" and that "voters should be troubled" by attempts to obstruct legislative oversight.

Cooper and three of his aides have been asked to testify on the pipeline at a legislative hearing on November 8. Will the sober-minded former state senator and attorney general show up and provide a persuasive defense of his administration's conduct? Or will North Carolinians be treated to another round of political hackery and juvenile tweets?