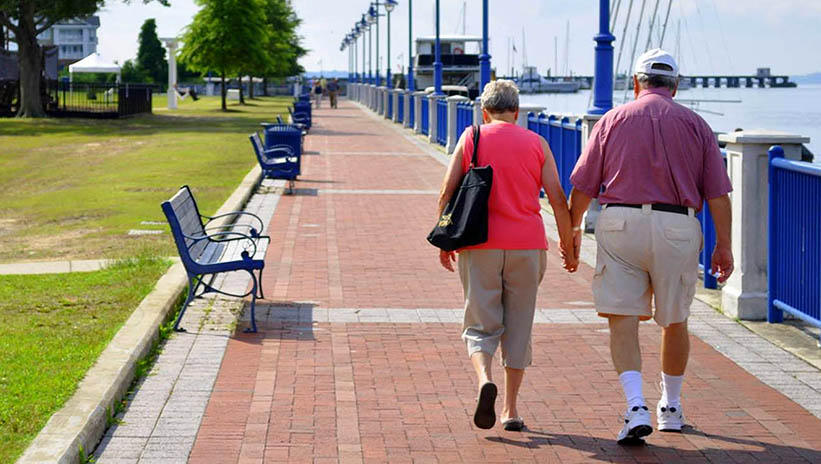 Dr. Emily Yeager believes rural areas of eastern North Carolina offer a lot to tourists. What they may not offer are a lot of places to stay.

Short-term vacation rentals can fill that void, with residents partnering with companies such as Vrbo and Airbnb to put their homes up to visitors for extended stays.

But does the extra revenue for property owners and the economic boost such rentals create for more rural areas come at the expense of a community's identity?

That's a question Yeager, an assistant professor in the College of Health and Human Performance at East Carolina University, is seeking to answer through her research.

Yeager helped conduct a study on short-term vacation rentals in Savannah, Georgia, where some permanent residents complained about such things as litter and noise, while others celebrated added income and support for local businesses.

Now, she is taking that same research idea to Beaufort County, where she is conducting interviews to look at the impacts such rentals have on more rural areas such as Belhaven and Washington, North Carolina. 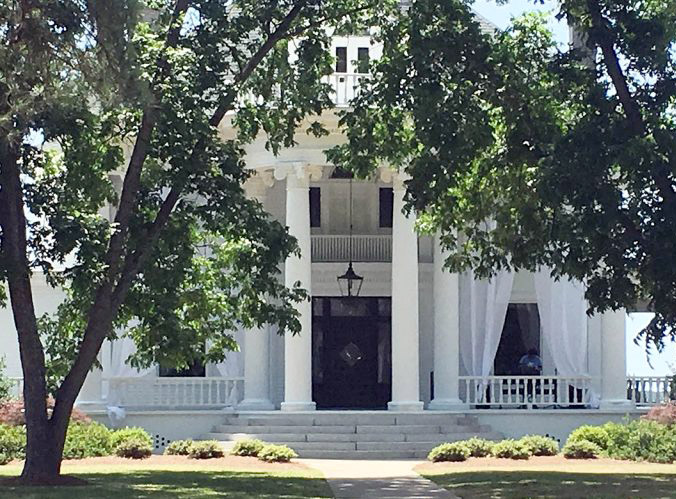 River Forest Manor is a popular spot for weddings in Belhaven, and a few short-term vacation rental locations have popped up in the small town, giving families and guests a place to stay. | Photo: Emily Yeager
"We have tons of natural resources that attract people," Yeager said. "Whether they are doing recreational activities like kayaking, hunting or fishing, or if they're here to sit on the beach or see wildlife, there's so many reasons for people to come here."

Beaufort County has about 75 short-term vacation rentals, the second-highest number among eastern North Carolina counties that have a tier 1, or lower, economic status, Yeager said.

She started in Belhaven, which features a popular wedding venue called River Forest Manor but lacks any traditional hotels for the wedding party and guests. A few vacation rentals are located nearby.

"They make a lot of money during wedding season," Yeager said.

Yeager is still conducting her interviews, but so far, she's come to one conclusion.

"When it comes to these smaller communities and rural landscapes, the concern is more about a sense of community and how is the culture of the community maintained," Yeager said. "When you think about a rental coming into a place like downtown Belhaven that has so much history and so much social capital that has been built over time, it represents a change that's more than just entrepreneurship. It's changing a home from its original purpose for people who are not from there.

"They love visitors. They want visitors to come and spend money, but it's just different when you want to maintain that sense of community with this new way of hosting visitors."

On the other side, Yeager said short-term vacation rentals could provide a needed economic boost to the more economically depressed counties in the region and provide supplemental income for residents and retirees. She said the rentals may also serve as a way to bring in more permanent residents who find they've enjoyed their stays in the community and may look to return for good.

"If you go and stay at someone's home, not only do you get to see the community, but you get to interact with someone who lives there, and you're going to get a better authentic feel for what that community is like," Yeager said.

Currently, Beaufort County doesn't regulate short-term vacation rentals, but that's not the case in all locations. Yeager said some municipalities regulate the number of rentals based on density models, while others are regulated based on time, such as limitations on the times of the year or the number of days per year in which homes can be rented.

Regulations, or the lack thereof, on such rentals have been controversial in a number of communities. The city of New Bern recently decided to ban any new short-term vacation rentals until city officials have a chance to study their impact. Once the study is complete, the city could adjust its policies concerning rentals in residential neighborhoods.

"That's a pretty typical response from municipalities that aren't sure how they want to proceed," Yeager said. 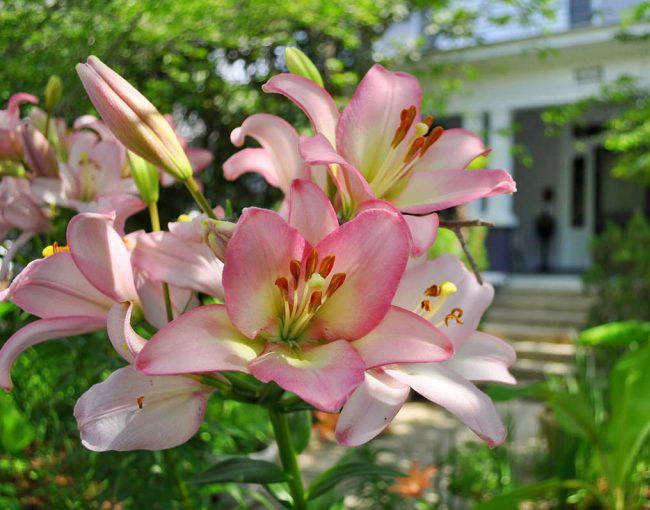 River Forest Manor is a popular spot for weddings in Belhaven, and a few short-term vacation rental locations have popped up in the small town, giving families and guests a place to stay. | Photo: Jules Norwood
So far, she sees Beaufort County reacting differently.

"In Beaufort County, I'm not seeing controversy. What I am seeing is a desire across all the communities to figure out a way to maximize the economic gain from these vacation rentals," Yeager said.

As part of her doctorate work at the University of Georgia, Yeager conducted research into rentals in Savannah, Georgia, the first city in that state to regulate short-term vacation rentals. In surveying residents, she found concern beyond such factors as increased noise and litter.

"People were feeling that they were losing touch with their neighborhood," Yeager said. "Before Savannah's current regulations that focus a lot on a density approach, so there's not so many vacation rentals in a geographic area, there were streets that were essentially becoming ghost streets. You could walk down a street, and you just see lockboxes on every door. Residents would say that when they walked their dog they didn't see familiar faces, and in some instances, said they felt unsafe. They felt isolated. It's kind of weird if you don't feel like you're a part of a community anymore."

When she surveyed hosts, she found most lived near their rental or within about an hour and that they took actions to reduce the rental's overall negative impact, such as installing energy-efficient lightbulbs to reduce the environmental footprint.

"In general, hosts recognized that they had an opportunity to make economic impacts and social impacts," Yeager said. "There were hosts that would only recommend local businesses to their guests. Economically, that's a great thing if that business is locally owned because that owner takes that money and spends it right there, so the multiplier is much larger. From a social perspective, hosts would take proceeds and donate it back to the community and invest in philanthropic organizations. It was interesting to see that emerge, that people were doing these initiatives on their own without anyone suggesting it to them."

Yeager doesn't shy away from the controversy that short-term vacation rentals have caused in some areas. Instead, she embraces it. She hopes her research provides communities a template on how to best study the issue so that all sides have a voice and can be understood.

"It's all about tailoring the regulations to meet your community needs," Yeager said. "They haven't even had time to digest how this thing is developing in their communities, much less had time to think about regulations. I think that's been a struggle. In larger destinations like Raleigh or Charlotte or Asheville, they have been dealing with short-term vacation rentals for a while now. But a lot of the smaller communities, they haven't had an issue with density yet. They're just trying to figure out how to leverage this entrepreneurship to their advantage.

"It is important when they're thinking about regulations that they think about growth, but there's also these social components to it that has to be managed as well, so thinking like 'how do we maintain the residents' quality of life,' as opposed to 'how to do we just contain this thing.'

"Ultimately the goal of the project is to provide insight to municipalities wanting to regulate short-term vacation rentals. While they are considering these regulations, it might not be a bad idea to consider how these hosts can be leveraged. Instead of just restricting everything that they can do, think about what they are offering to the community, and how can they build upon that."

Funding for Yeager's research comes from ECU's College of Health and Human Performance and ECU's Division of Research, Economic Development and Engagement.