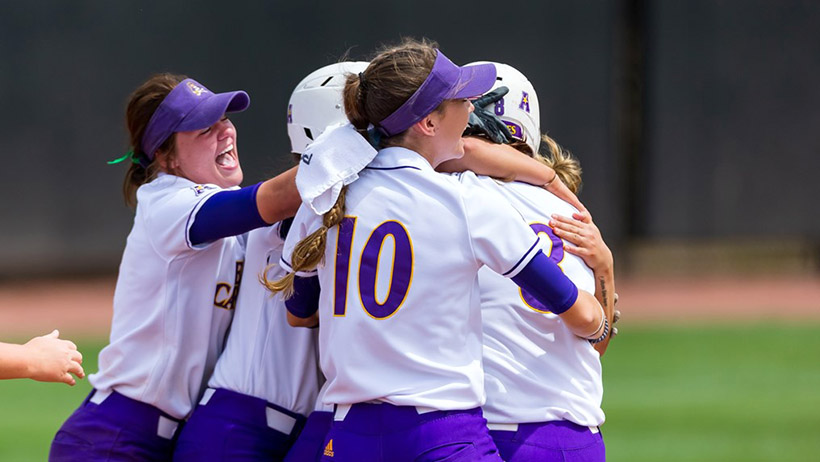 The Pirates will host three round robin tournaments as well as make a trip to Fresno State University during its non-conference schedule before entering American Athletic Conference play. In all, ECU will face off against eight squads that participated in a NCAA regional 2019.

East Carolina hits the road for two consecutive weekends after its first homestand, traveling to Liberty University Feb. 28-March 1 for a tournament that features not only the host Flames but also Butler, Fairfield, Penn and Yale before trekking to the West Coast for the Bulldog Classic where the Pirates will tussle with UC Davis, host Fresno State, BYU and North Dakota State.

The bulk of the non-conference schedule wraps up March 13-15 with the Purple-Gold Invitational. ECU entertains La Salle, Rutgers and Sacred Heart during the three-day event.

The American Athletic Conference Softball Championship is slated for May 7-9 at the UCF Softball Complex in Orlando, Fla. As the No. 7 seed in last year's tournament, ECU knocked off No. 2 seed Tulsa in the quarterfinals before the remainder of the championship event was canceled due to localized flooding and unplayable field conditions.