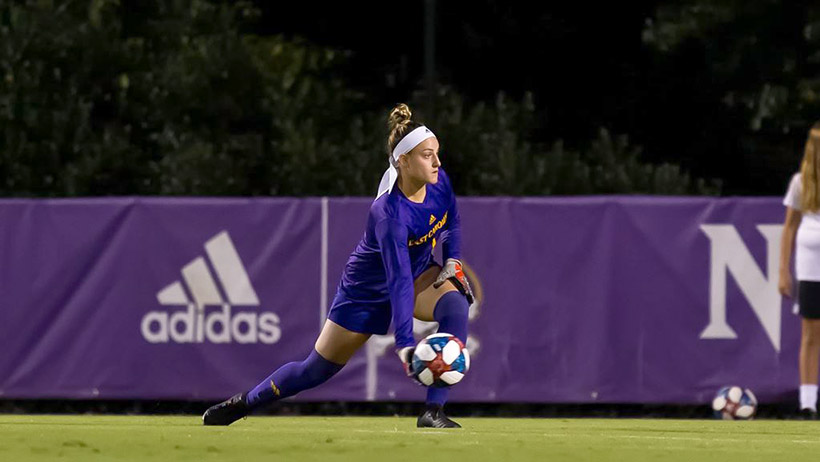 CINCINNATI, OHIO     Needing a win to keep its season alive, the ECU soccer team battled Cincinnati for 110 minutes on Thursday night, but could only get a 0-0 draw.

"Obviously, we are disappointed in the season ending that way and not extending into postseason play," said head coach Jason Hamilton. "However, we are extremely proud of the fight that our ladies had today out there. We asked them to leave it all out on the field and they did."

"It's been a really hard season for us and we hate that we are sending our seniors off with less success than we would like to," Hamilton said. "We are thankful for their contribution to this program and leaving it in a better place than when they got here. They've helped change the culture and push us into the direction we want to go."

The game easily gone in a different direction as Cincinnati took three shots on goal within the first 18 minutes. Each time though, ECU goalkeeper Melanie Stiles was able to turn away the Bearcat efforts.

ECU had a chance of their own in the 23rd minute. Jenna Dages got free on the left side of the Cincinnati box and took a rising shot from a tight angle. Cincinnati goalkeeper Madison Less could only parry Dages' effort away, but ECU could not get to the rebound before Cincinnati cleared it away.

Heading into the second half, ECU pressed forward, hoping to grab a goal, while also trying to hold off the Cincinnati attack. Grace Doran took a pair of shots for the Pirates while Tori Riggs also took a late shot. On the other end, Stiles had to make two more saves, including one with just six seconds remaining in regulation.

The overtime periods were controlled by Cincinnati, as the Bearcats took three shots in the first extra frame and four in the second, one of which was a Karli Royer effort that hit the ECU crossbar. Unfortunately for ECU, the Pirates could not take any shots of their own. With neither team able to score the game-winner, the contest ended in a scoreless draw.

Cincinnati finished with a 19-6 edge in shots and a 6-4 advantage in corner kicks. Stiles made seven saves for the Pirates while Less made one stop for the Bearcats.

"All of our returning players have to remember this feeling and use it as motivation to get better," Hamilton added. "You learn so much more when you lose games and this gives us an opportunity to learn and grow from this season to be more prepared for next year."