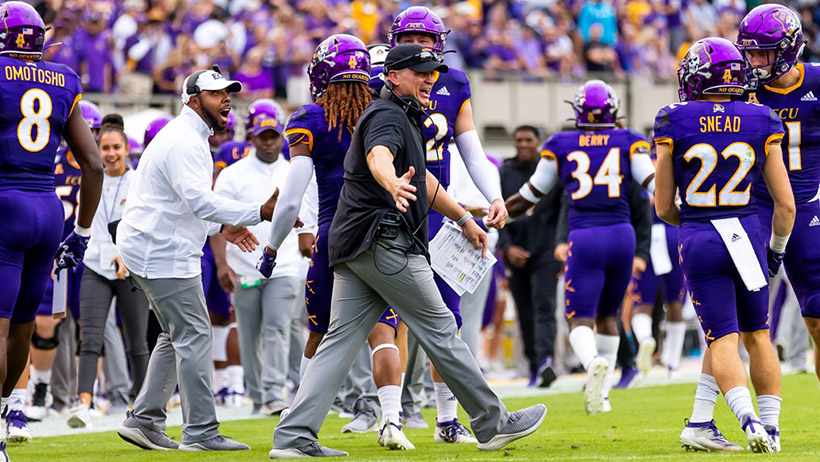 GREENVILLE, N.C.     It's Military Appreciation Day as East Carolina will begin the month of November by welcoming current American Athletic Conference East Division leader No. 17 Cincinnati to Dowdy-Ficklen Stadium on Saturday. The clash against the Bearcats opens a two-game stretch against nationally-ranked opponents for the Pirates, who travel to No. 15 SMU next week. ECU will also try to post successive November home league wins for the first time as an AAC member (2014-2019).

ECU RECORDS AND STREAKS
THE SERIES     East Carolina leads 13-9 ... The Bearcats have won seven of the last eight, including the first four of five meetings as American Conference members ... The Pirates have taken eight of the 11 matchups played in Greenville, while UC holds a 6-5 edge in 11 contests in Cincinnati ... ECU opened the series with seven-straight victories.

MIKE HOUSTON AGAINST THE BEARCATS     Including Mike Houston's prior eight-year tenure as a collegiate head coach at Lenoir-Rhyne, The Citadel and James Madison, Saturday's game will mark his first-ever meeting against Cincinnati.

MILITARY APPRECIATION DAY     ECU has dropped seven its last 13 contests (6-7) on Military Appreciation Day dating back to 2006 and will try to snap a recent four-game skid when it meets Cincinnati on Saturday.