Litwa, an assistant professor of anatomy and cell biology at ECU’s Brody School of Medicine, studies the mechanisms by which the brain cells form connections with one another to share information with each other. east carolina university, ECU, researcher, autism spectrum disorder, brody school of medicine, november 1, 2019
Home
Categories
Login 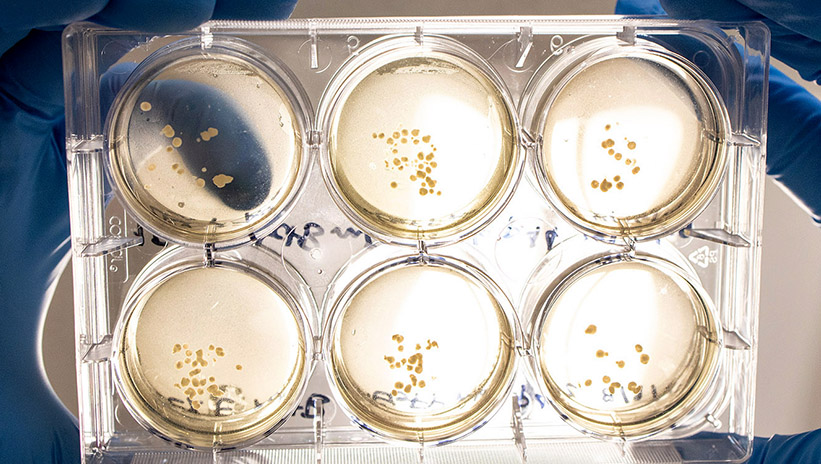 When people ask Dr. Karen Litwa what she does for a living, her response is unique.

"I say that I'm a brain builder," she says through a smile.

Litwa, an assistant professor of anatomy and cell biology at ECU's Brody School of Medicine, studies the mechanisms by which the brain cells form connections with one another to share information with each other.

In order to do that, her team grows mini brains in culture dishes.

"We can take a sample from a tissue bank, usually connective tissue from a skin biopsy, and make it into a pluripotent state, which just means it has the capacity to become any type of cell," Litwa explained. "Then using different growth factors, we make these into little spheres that contain the neurons that we're interested in studying."

The mini brains that Litwa grows lack blood vessels and are only about two millimeters in diameter, but they are able to replicate the stages of human fetal brain development, specifically the outer cortex of the brain. 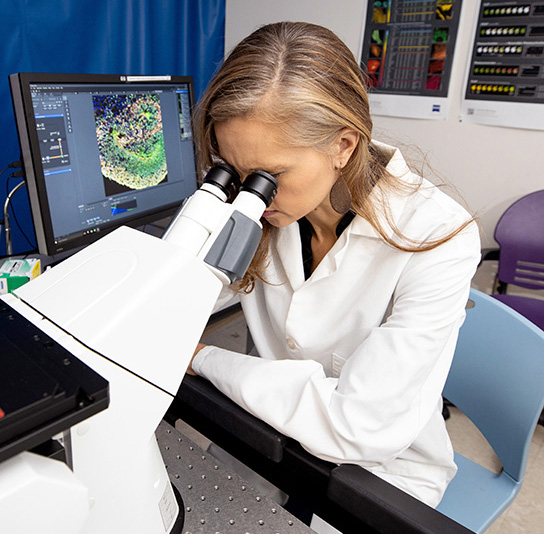 Dr. Karen Litwa, an assistant professor of anatomy and cell biology, studies tissue samples in a research lab at ECU’s Brody School of Medicine.
"We see a lot of the brain ventricles, which are the parts where the neurons are born, and we can also see the neuronal layers where the neurons form synapses with one another that allows them to exchange information with each other," Litwa said. "That will eventually become the basis for learning, memory formation and other cognitive events, such as socialization."

The mini brains recently grown by Litwa's team originated with tissue samples from individuals with neurodevelopmental disorders, such as autism spectrum disorders, so the team could explore how their brains develop differently from people who don't have autism.

Litwa's lab was able to observe differences in neuronal communication in autism patient samples. They are also one of the first labs to apply three-dimensional super-resolution STORM imaging to mini brains, allowing them to visualize synapses in a three-dimensional space.

"It's very exciting to me that we were able to capture the emergence of these neurodevelopmental abnormalities that we haven't been able to view before. It's astounding that we can see this occurring in a culture dish and see this on the microscope," Litwa said. "It's really amazing when we start to know what's actually orchestrating these changes. ... Because it gives us information to the basic biology that then can hopefully be translated to the patient population."