Sanders, Warren, and the Problem With Taxes | Beaufort County Now

Sanders, Warren, and the Problem With Taxes 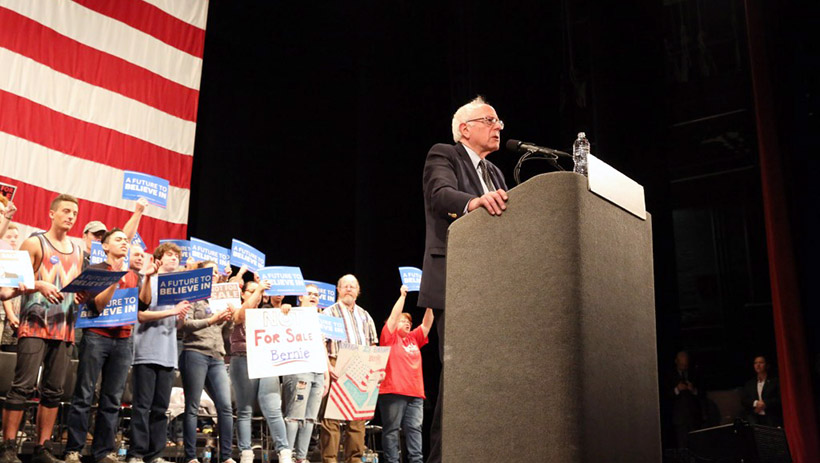 The Democratic party's most radically progressive candidates, Bernie Sanders and Elizabeth Warren, have promised to impose a tax on wealth. To be clear, wealth is distinct from income. Wealth is accumulated income in the form of savings and investments and real assets such as real estate, antique or art collections, plant and equipment for a business, and even one's home.

So, a tax on wealth is a tax on the value of what is obtained when income, which for individuals has already been taxed, is spent on wealth-enhancing assets.

Warren and Sanders are proposing a wealth tax as a way to "soak the rich" to pay for an array of socialist-type programs like tuition-free college education, the Green New Deal, and the misnamed Medicare For All. Collectively these programs would require tens-of-trillions of dollars in new government revenue. The only way to even approach getting that money is to tax what people have, in addition to what they earn.

At the federal level, the United States doesn't have a wealth tax, and many argue that such a tax would be unconstitutional. On the other hand, North Carolina and 15 other states do have such a tax. It goes by a an obscure and non-descriptive sounding name - "the franchise tax." Of course, North Carolina's franchise tax targets a different set of wealth holders than the tax proposed by Warren and Sanders.

In the cross hairs for the state of North Carolina is business, rather than individual, wealth. But that doesn't change the fact that, in principle, it's a tax on wealth and a rather significant one at that. According to the Tax Foundation, if North Carolina abandoned its franchise tax, it would move from 33rd in the nation to 16th in their state rankings for property and wealth taxes.

(See this Carolina Journal article for a more expansive look at the workings of the tax itself.)

North Carolina's wealth tax targets the "net worth" of businesses organized as C corporations and S corporations. Net worth is defined simply as assets minus liabilities, that is, how much the company has minus how much it owes. This is the classic definition of wealth. The rate of taxation for C corporations is $1.50 per $1,000 of net value with a floor of $200 that no corporation (no matter how small) can escape. For S corporations, it's $200 on the first million dollars in net value and then $1.50 for each thousand after that. The tax is capped at $150,000 or $1,000,000 in valuation.

While the target is different from the wealth tax proposed by the radical progressives in the Democratic Party, North Carolina's franchise tax faces the same criticisms.

From an ethical perspective, the tax is morally reprehensible. North Carolina's franchise tax unjustly punishes companies for using their profits to grow their businesses. If a company builds a new plant or purchases equipment and therefore enhances its value, it is penalized. And from a tax justice perspective, the state doesn't just penalize the company once when its capital stock is initially enhanced, but year after year, as those original purchases continue to be part of the company's base of wealth. In other words, the same stock of wealth is hit over and over again. In a free society, it is difficult to see how such a punitive approach to taxation can be morally justified.

From an economics perspective, the tax discourages growth by penalizing capital accumulation. Taxing a company's wealth is the equivalent of taxing its capacity to grow as a business. It restrains its ability to satisfy its customers and to provide employment opportunities. Wealth, whether it's held by individuals in the form of savings and investments or companies in the form of real capital, is what generates future income. If you tax wealth, either at the individual level or the business level, you simultaneously tax, and therefore reduce, the incomes that flow from that wealth. And because all income flows from an economy's existing stock of wealth, all wealth taxes, whether on individuals (as proposed by Sanders and Warren) or on businesses (as exists in North Carolina), reduces the incomes of workers and employers alike.

Ultimately, there's a dilemma many politicians in our state, particularly those who profess to value freedom and free enterprise, must confront. One cannot, as a matter of principle, be both against wealth taxes at the federal level as proposed by Sanders and Warren, and a supporter of North Carolina's franchise tax. Neither can pass any reasonable test based on tax justice or economic efficiency.

Dr. Roy Cordato is chairman of Classical Liberals in the Carolinas.