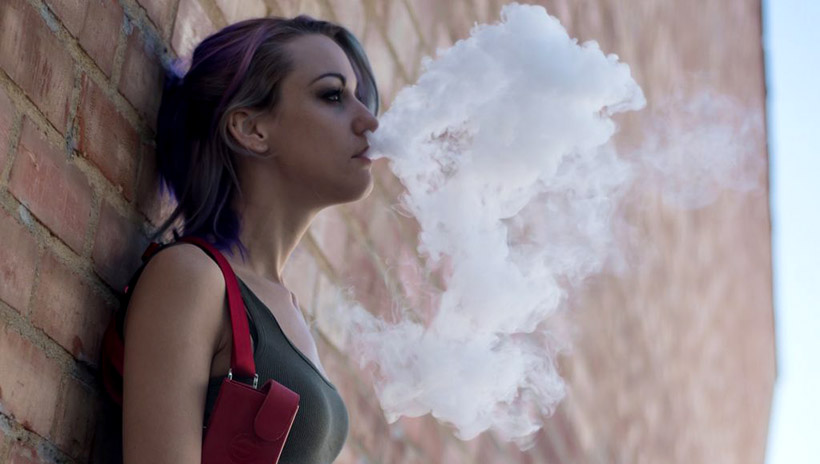 State legislators have sent a tax on vaping to the House.

The House Finance Committee amended a mini-budget, Senate Bill 557, Wednesday, Oct. 30, to raise the tax on vaping and send part of the tax revenue toward the Tobacco Use Prevention Fund.

Representatives called the tax the "first step" in tackling the vaping crisis. But one representative worried that the 11th-hour change could imperil a central piece of GOP tax reforms. S.B. 557 would cap the franchise tax for companies who fit the bill's expanded definition of a holding company, as well as raising the standard deduction for income-tax filers by 7.5%.

"We are all aware and concerned," Rep. Gale Adcock, D-Wake, said in Wednesday's committee meeting. "We want to protect our kids from nicotine addiction, which we know the dangers of, but also the unknown dangers of products that contain ingredients that we don't know much about yet."

Teen vaping has skyrocketed. Across the country, nearly 40% of 12th-graders reported vaping in the past year, according to a Monitoring the Future study sponsored by the National Institute on Drug Abuse. About 5 million youth use a tobacco product, the FDA says.

As the cause of vaping-related lung injuries remains unsolved, 1,604 people have gotten sick, and 34 patients have died. Some 86% self-reported vaping black market THC, the chemical that produces the high in marijuana.

"I know it's an unintended consequence, but you create a financial incentive to use one product over another because you tax it in a way that is unequal," Adcock said. "I'm afraid we may have added to this crisis of vaping that we see in our youth."

Under current law, the state collects 5 cents for each fluid milliliter of e-liquid sold. This bill would lump e-cigarettes and vaping products with other tobacco products, which are taxed at 12.8% of the manufacturer's cost.

"When we have young and old people developing lung issues and dying, we need to do something about this. We can't afford to wait," Rep. Cynthia Ball, D-Wake, told Carolina Journal. "Almost every day, there's something about the dangers, somebody else is sick, there's another death."

One representative raised concerns about how the bill would fare in the Senate. The General Assembly plans to adjourn before the end of the week.

"We need to address this somehow. But at this late date, we're running out of road," Rep. John Szoka, R-Cumberland, said. "I'm looking at the larger picture here. ... I would not like to see S.B. 557 derailed at this time over this issue."

Committee members lashed out against his suggestion to wait.

"If we put the children's needs and their public health of those children in front of the adult's needs and what's happening inside this building, I think that we would all recognize that we really need to do whatever we can to stop the vaping epidemic and the harm that it's causing to our children and our schools," Rep. Graig Meyer, D-Orange, said.

Vape shop owners argue the illegal THC vapor products are responsible for the lung injuries, and that vaping is a harm-reduction device that helps smokers transition from cigarettes.

"An industry that is a harm-reduction product needs to be taxed accordingly," Raleigh vape shop owner Sherwin Mena said. "Vape shops are currently struggling because of misinformation, and if this tax does apply to hardware, they would hurt vape shops even more because consumers will just shop online to avoid the tax."

The bill would use part of the tax revenue to encourage people to quit vaping and to support the University Cancer Research Fund at UNC Hospitals.

"Our tax on vaping products is the lowest in the country," Ball said. "Therefore, I think that bringing it up to parity with the cigarette tax - which is 47th in the country - is just a small step. But at least we're getting started."

Ball said she'd like to see raises in the tax on both cigarettes and vapor products.

"This amendment doesn't attack the vaping crisis comprehensively. It can't. Like most big problems, it has many factors involved," Adcock said. "But it is a good time to do something that we can do. The timing is right."

Ball said she expected the tax to be a "heavy lift," but even Rep. Mitchell Setzer, R-Catawba, broke his usual silence to voice his support for the bill.

"I am very supportive of this amendment and anything we can do to slow this epidemic down," Setzer said. "I normally don't comment from the chair, but I felt the need to today."