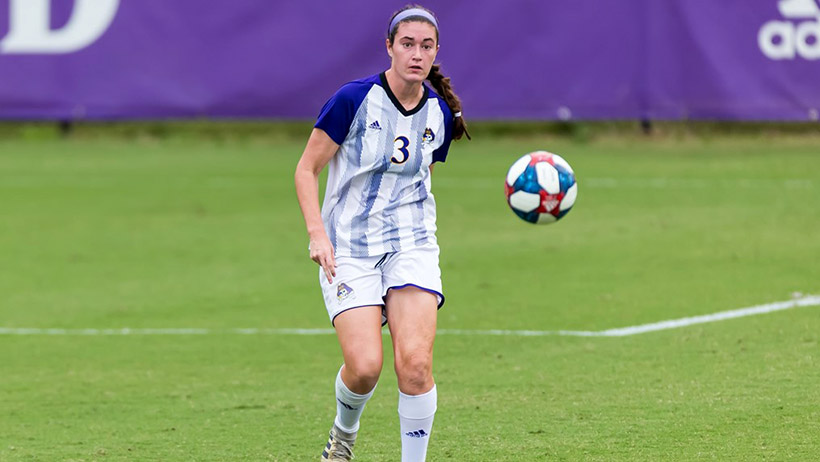 GREENVILLE, N.C. — Needing a win to keep its playoff hopes alive, the ECU soccer team heads to Cincinnati for the regular season finale on Thursday night.

"We are coming off a weekend that we played very good in two games but were unable to get a result against two of the best teams in the conference," said head coach Jason Hamilton. "Now we are in a place where we don't completely control our own destiny, but without getting a win on Thursday, we have no chance of making the conference tournament."

ECU (5-10-2, 2-5-1) has had its longest losing streak of the season put the Pirates on the brink of missing the AAC Championship. ECU currently sits in a tie for seventh and will need to win along with getting some help in order to book a spot in the league's postseason tournament for the second straight year. The Pirates have struggled to score, grabbing just one goal in the past four games. Tori Riggs leads the squad with 10 points on four goals and two assists. Jenna Dages, Cashlin Copley, and Grace Doran all have three goals to their name. Dages is also tied with Daria Draovitch for the team lead in assists with a trio of helpers. In the goal, Melanie Stiles has 36 saves in the past five games and has 84 on the season. Kim Sanford and Carsen Parker have both been leaders on the defensive side of the ball, playing 1,574 and 1,544 minutes respectively in the middle of the ECU backline.

Cincinnati (7-8-2, 5-3-0) has turned its season around in conference play after starting the year 1-5-0. The Bearcats are currently third in the AAC standings and need to win to ensure they earn the No. 3 seed in the league's postseason tournament. Overall, Cincinnati's offense ranks ninth in the conference with just 0.94 goals per game, but that number jumps to 1.12 in conference, placing them fourth. Han Tang leads the team in scoring in her rookie campaign, with five goals. Bri Costigan is the team's leader in assists, racking up four helpers so far. In goal, Madison Less has started all 17 games. She has helped Cincinnati rack up seven shutouts so far this season, including four against conference opponents.

"I think we are a good matchup with Cincinnati because we have similar styles," Hamilton said. "We are both gritty and physical. We expect it to be a dogfight out there, it is going to be cold and rainy and the mentally tougher team is going to come away with the win."

ECU is 2-7-1 all-time against Cincinnati, although the Pirates did top the Bearcats 1-0 last season. Cashlin Copley scored the game-winning goal for ECU and the Pirates shut out Cincinnati for just the second time in the series. Copley's goal was the first time ECU had scored against Cincinnati since joining the AAC in 2014, a span of four matches. The Pirates are 1-4-0 in Cincinnati, with the only win coming in 2004.

"All we can ask from our ladies is that they leave it out there on the field and if we're good enough to get a result on the night, we then will wait out to see what happens in the other matches in hopes of extending our season," Hamilton added.

Kickoff is scheduled for 8 p.m., on Thursday evening. Fans can stream the match HERE or follow the live stats HERE.