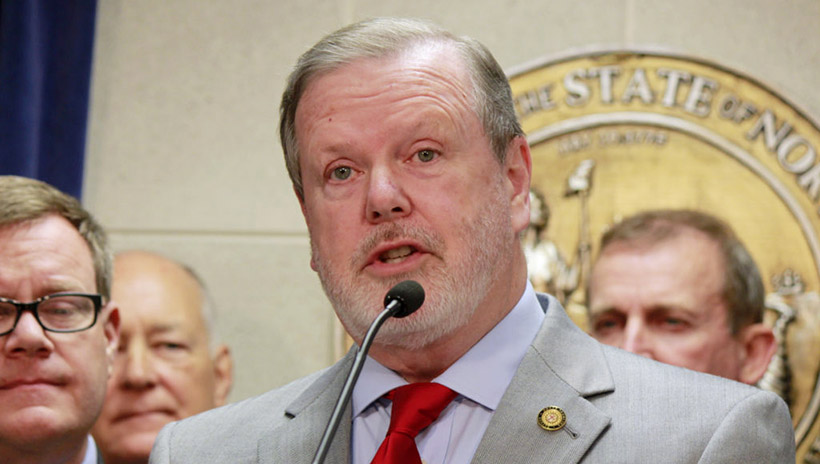 The N.C. Senate will conclude its business this week, with or without overriding the governor's budget veto, Senate leader Phil Berger, R-Rockingham, said during a Monday, Oct. 28, news conference.

What the rest of the week looks like depends on whether the Senate overrides the veto during its 7 p.m. session Monday night. Senators and the public were warned Friday that the budget veto override could be considered, but Berger hasn't said whether the Senate would actually vote on it.

The House overrode the budget veto in a controversial vote. It's now in the Senate's hands. If senators vote to override, the budget will take effect. Berger also said senators could consider overriding Cooper's veto of a bill to fund Medicaid transformation.

"Before we leave, we will try again to pass that bill," Berger said. "It will be up to Senate Democrats to fund Medicaid or not."

Berger said lawmakers will probably return in a couple of weeks to address redistricting.

At least one Senate Democrat will need to side with Republicans to successfully override the veto. A three-fifths majority of members present must favor an override for it to pass.

"If there is a successful veto override, we will begin winding down immediately," Berger said. "A successful override could also include a budget addition that reflects a compromise."

But if an effort to override fails, Berger said, it's likely lawmakers will push through a handful of mini-budgets, appropriating money for the Department of Information Technology, teacher pay raises for the next two years, and potentially K-12 school construction funding.

Cooper, a Democrat, vetoed the $24 billion General Fund budget June 28. Cooper accused Republicans of prioritizing tax cuts over investments in teacher pay raises and school construction needs. But the absence of implementing language and money for Medicaid expansion was the primary driver behind the governor's veto.

Berger said he hopes Democrats drop their Medicaid expansion ultimatum and come to the table to negotiate. If they do, Berger said, they will be involved in determining a figure for teacher pay raises and other budget provisions.

Negotiations between the governor and the Republican-led General Assembly have stalled over Medicaid expansion. Republicans have offered to come back for a special session to discuss access to health care, but Cooper has been adamant about the need to expand Medicaid.

In lieu of a full budget, the General Assembly has advanced several mini-budgets to cover items with bipartisan support within the vetoed budget document. While some passed without issue, others have hit roadblocks. The General Assembly passed a mini-budget providing funds for Medicaid transformation, but Cooper vetoed the legislation.

Berger said lawmakers are likely to take up the veto override of the Medicaid transformation bill this week.