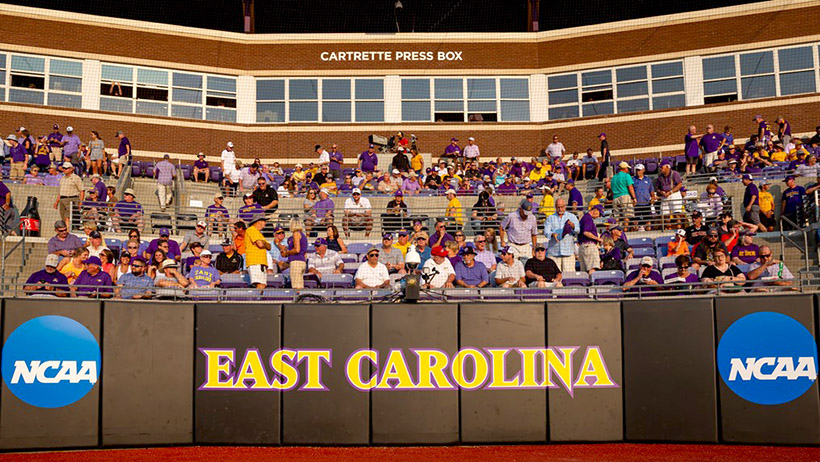 The 2020 slate features 16 games (9/home, 6/away, 1/neutral) against eight teams that earned a bid to the 2019 NCAA Regionals, 36 against squads with 30-plus wins (19 with 35-plus, three with 40 or more wins) and 10 contests versus six clubs that finished ranked or receiving votes in the final national polls.

"Our 2020 schedule is filled with quality opponents," Godwin said. "The American Athletic Conference will once again be one of the best baseball conferences in the country. The combination of playing in one of the toughest conferences along with our quality non-conference schedule will prepare us for postseason play. Pirate Nation, let's make sure to pack Clark-LeClair Stadium and The Jungle!"

Once again, The American Championships will be held at Spectrum Field (May 19-24) in Clearwater, Fla., home of the Clearwater Threshers, the Class A Advanced affiliate of the Philadelphia Phillies.

During his five years at the helm of the program, Godwin has guided ECU to four NCAA Regional berths (2018 and 2019 Greenville Regional host), two Super Regional appearances, the 2019 American Athletic Conference Regular season title, a pair of AAC Tournament crowns and a 201-109-1 (.648) overall record. Ten players have earned All-America status, while 10 were NCAA All-Regional selections, 16 were named all-con­ference (15 first-teamers), while 13 were drafted by Major League Base­ball teams.