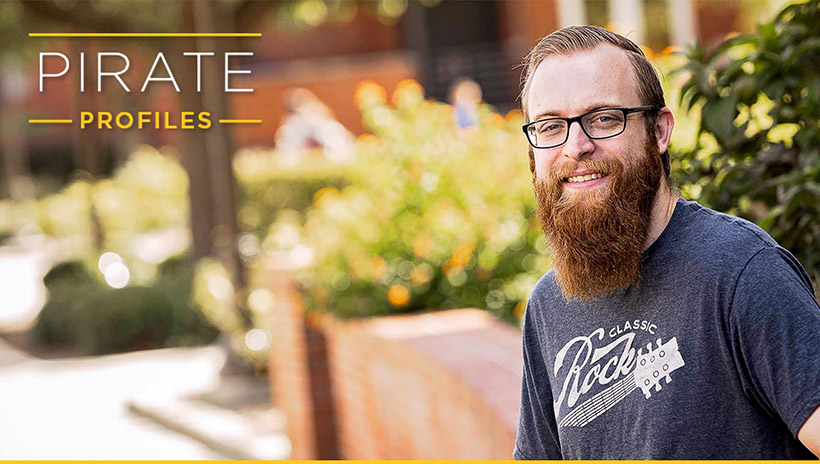 East Carolina University student Sean Wear is a veteran with a passion for industrial engineering.

Wear, a senior from Chicago, is majoring in industrial technology with a concentration in mechanical design. After high school, Wear decided to join the Air Force.

"I honestly had no idea what I wanted to do coming out of high school," Wear said. "I loved aircraft and enjoyed working with my hands, so it kind of came together for me."

During six years in the Air Force, Wear served as an aircraft mechanic and helped make sure that all the airplanes were ready for flight and combat. He mainly worked with KC-10s, aerial refueling tankers that supply fuel to other aircrafts.

"We supplied in-flight refueling to fighters and other cargo aircraft for both NATO and U.S. forces," Wear said.

After his military service, Wear began classes at Central Carolina Community College, where he received an associate degree in applied science in computer-integrated machining. Wear also worked for Thryselius Stamping, where he helped build tool and die to stamp out sheet metal parts.

"It was a lot of custom-build work and investment in fine-tuning the die to produce those quality parts," Wear said.

"She came down to visit me when I was at Central Carolina and convinced me to look into coming to ECU and give it a shot," Wear said. 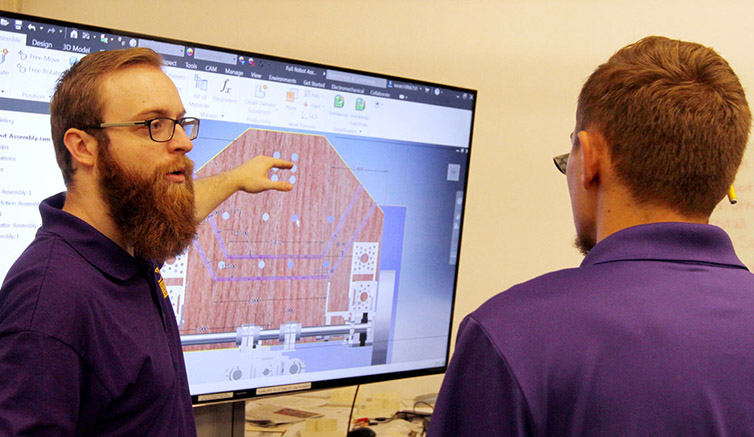 Wear is the team co-lead for the ATMAE robotics team at ECU. | Photo: Ken Buday
Wear said he had the option to take his courses online but decided to come to campus and take traditional courses.

"I was honestly fine with having to go to my classes because with the stuff that we were learning, it's much easier to learn in person and it was the right choice," Wear said.

At ECU, Wear is a lab assistant for a computer numerical control (CNC) class and vice president of the ECU chapter of the Association of Technology, Management and Applied Engineering (ATMAE). Wear is also the team co-lead for the ATMAE robotics team.

"We are actually finishing up our robotics build and are leaving on Nov. 5 for the ATMAE conference in Charlotte, where we will be competing with other schools and meeting industry professionals for networking opportunities," Wear said.

Wear said he enjoys how friendly everyone is at ECU and credited Student Veteran Services in helping connect him with other veterans on campus.

Once he graduates in May, Wear said he plans to become an industrial engineer with a focus on CNC and production.