There are several prominent players in the health care delivery process. There are patients, physicians, insurers, hospitals, pharmaceutical companies, and pharmacy benefit managers, to name a few. Interestingly, when asked who is actually to blame for American's high health care costs, each of these entities points the finger at someone else. In my view, hospitals are usually given a free pass, despite their significant contribution to the rising costs of health care. 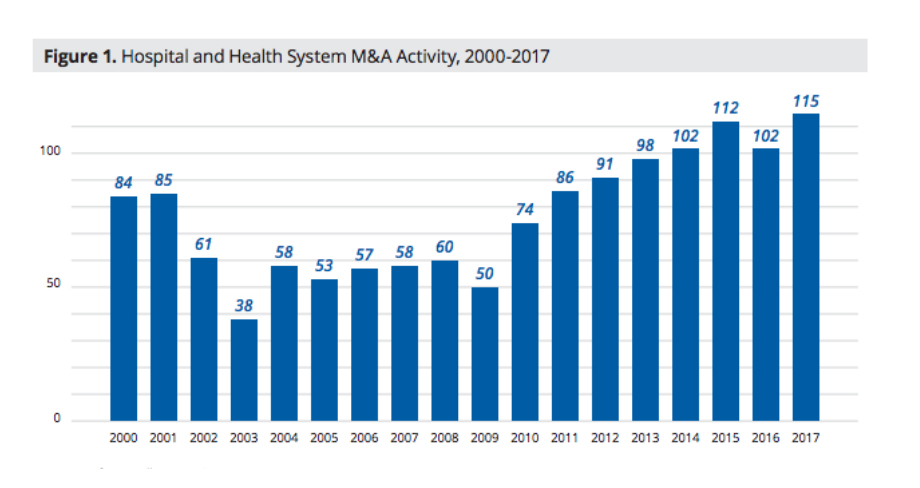 I don't believe hospitals are inherently bad actors. However, I do think hospitals often engage in practices that inflate health care costs. The reason for this, in many instances, is that federal or state laws protect incumbent hospitals and incentivize monopolistic behavior. Hospital consolidations and monopolistic firm behavior usually go hand in hand. Whether you blame the hospitals or the lawmakers who sanction this behavior through legislation, is a separate issue.

So, what is the effect of hospital consolidations? Well, if you read a recently released study that was commissioned by the American Hospital Association, you would think that consolidations have beneficial results for everyone. However, if you look at a plethora of independent studies, the conclusions would be much different.

The new study builds on a report from 2017 that showed that hospital consolidation decreased costs and increased quality for patients. The researchers used hard data and interviews with leaders of health systems to draw these conclusions. In particular, the newly released study found that:

An interview with one system leader indicated that if a health system doubled in size from $5 billion to $10 billion, per-patient IT costs would decline by 30 percent.

However, this hospital industry-funded research is squarely at odds with a substantial amount of other research on the topic of consolidation and prices.

As I said before, if you only read the reports from the American Hospital Association, the trade group which represents the financial interests of hospitals and large health system, you may not know about other studies have found from hospital consolidation. Consider these other studies:

While the American Hospital Association continues to back its members' recent activity of consolidation, a handful of research shows the opposite of what they claim is true. Hospital mergers and acquisitions have been increasing steadily in the past decade and are increasing the market share of large hospital systems. Further, when monopoly power is high, prices are free to rise without having to respond. Patients and taxpayers are the ones that pay the price. To combat this phenomenon, we should reevaluate our approach to hospital mega-mergers, remove state and federal laws that encourage consolidation and monopolistic behavior, and promote competition. Let's not forget about the patients' needs when considering an approach to provider consolidation.