Login to Send a Private Message to Stan Deatherage
There began a quickened effort to select a replacement for the departed commissioner, which produced four applicants for the office, and then, curiously, there were three.

The Beaufort County Republican Executive Committee is charged with replacing former Beaufort County Commissioner Gary Brinn, R, now deceased, since the election is less than 2 years from the commissioner's death and necessary replacement. They did meet on Thursday night, October 24, 2019, at a special called meeting, held in the Beaufort County Agricultural Building's meeting room, to inact that one task.

The meeting was designed to effectiely deal with that one task, which appeared to be already determined in advance. Four applicants had submitted resumes, came dressed and prepared to make their cases; however, the proverbial 'die appeared to be cast' when one candidate, Dot Moate, withdrew her name to place her unwavering support behind John Rebholz, who hails from the Cypress Landing Community. Obviously, there had been some last minute internal vote counting within the local GOP Executive Committee, and there were concerns that Candidates Moate and Rebholz would split the nominal Republican vote, leaving some question that possibly a more conservative candidate might have some chance to occupy the seat formerly held by the late commissioner, Gary Brinn. 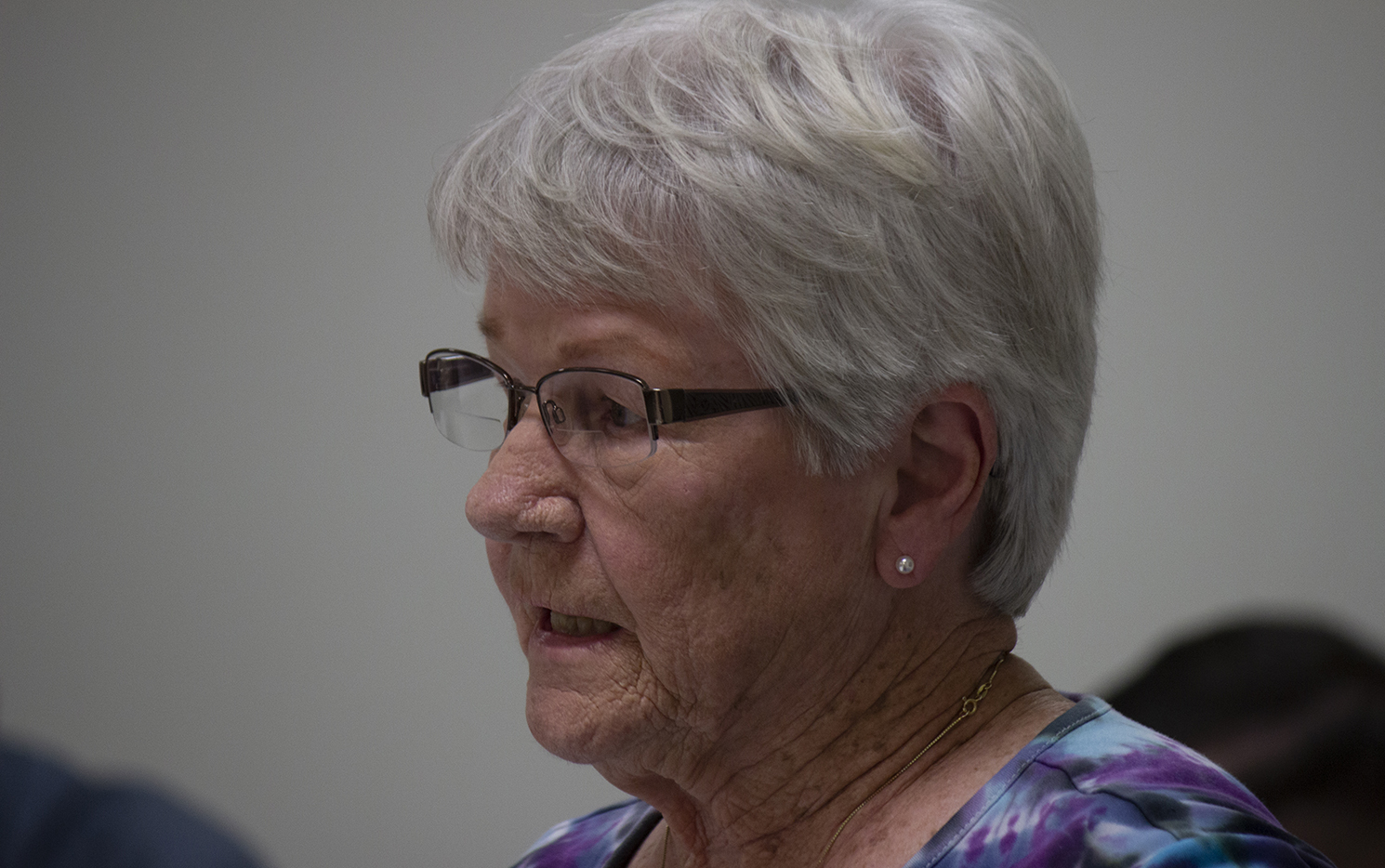 Dot Moate rises to remove her name from contention: Above.     photo by Stan Deatherage    Click image to expand.

With perennial group-think-promoter-gal-about-town Dot Moate out of the way, the heavily weighted Cypress Landing community Beaufort County GOP picked one of their own, John Rebholz, who openly professed to govern similar to former County Commissioner Ron Buzzeo, R; also hailing from the Cypress Landing community. Ron Buzzeo was elected in 2014, thus providing an expanding influence upon that board to greatly increase spending in Beaufort County, and oversaw the greatest spending and taxing increases in Beaufort County's modern history; all accomplished with a 5 to 2 Republican majority on this local governing board. Former Beaufort County Commissioner Ron Buzzeo is reported to have moved back to New Jersey at the time of this meeting this night. 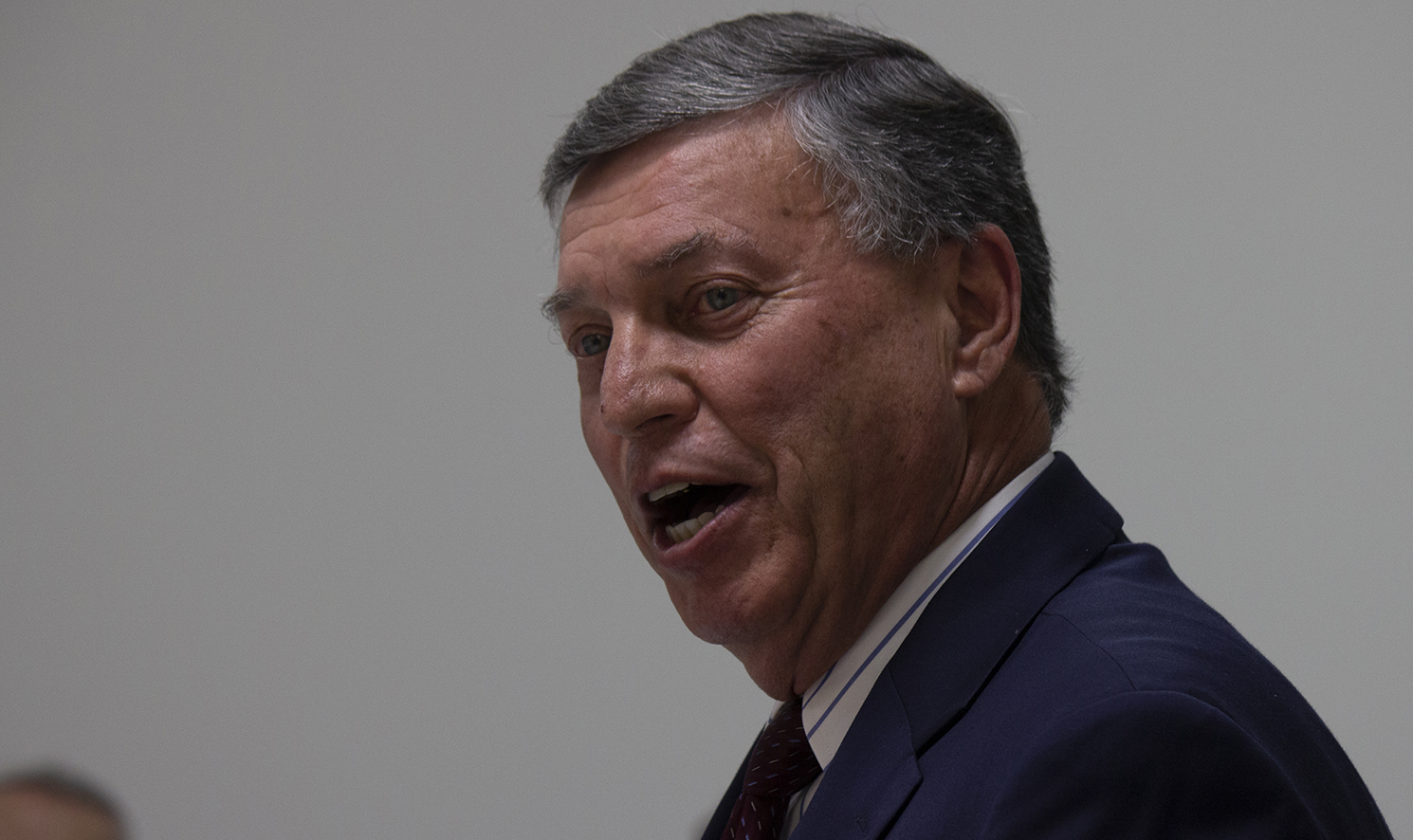 John Rebholz introduces himself and his ideals to the world of politics this night - October 24, 2019: Above.     photo by Stan Deatherage    Click image to expand.

Additionally to newly appointed Commissioner Rebholz's plan to emulate a departed Ron Buzzeo, he espoused a desire to 'reach out to community to better allocated county resources'.

Also, futilely speaking to the Beaufort County Republican Executive Committee (remembering that the proverbial 'die appeared to be cast' in the pre-vote vote counting) was native Beaufort County born former county commissioner Tandy Dunn. Mr. Dunn made a strong point that he lived in both the Bath and Chocowinity regions, and when asked what was the most "specific three duties of a county commissioner", he rolled them all one answer 'conservative manage the people's money through the prudent budgeting'. Mr. Dunn also expressed that he will be a Republican candidate for the Beaufort County Commission in the upcoming Republican primary. 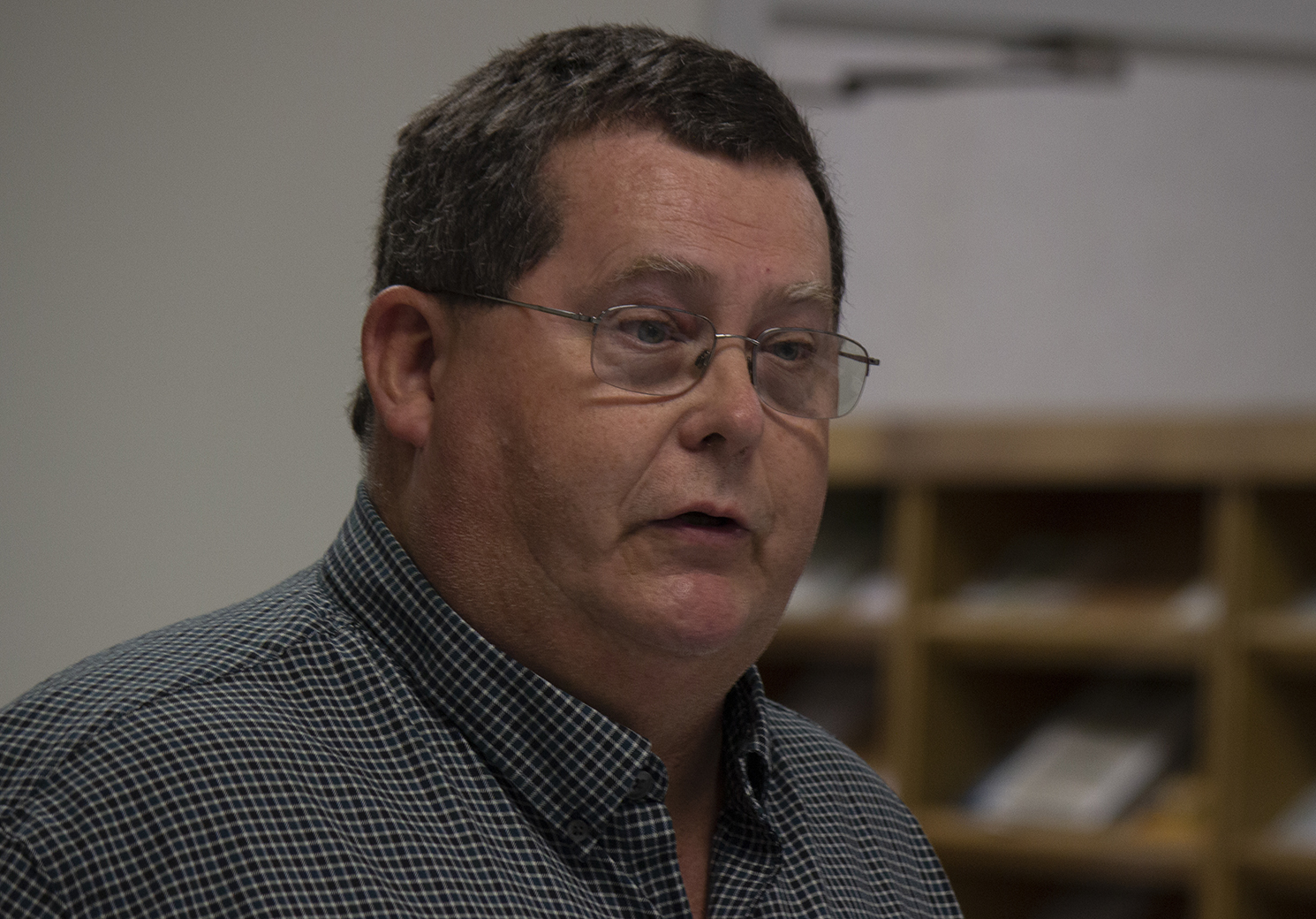 Tandy Dunn, a former candidate for the county commission, spoke to the need of being fiscally mindful: Above.     photo by Stan Deatherage    Click image to expand. 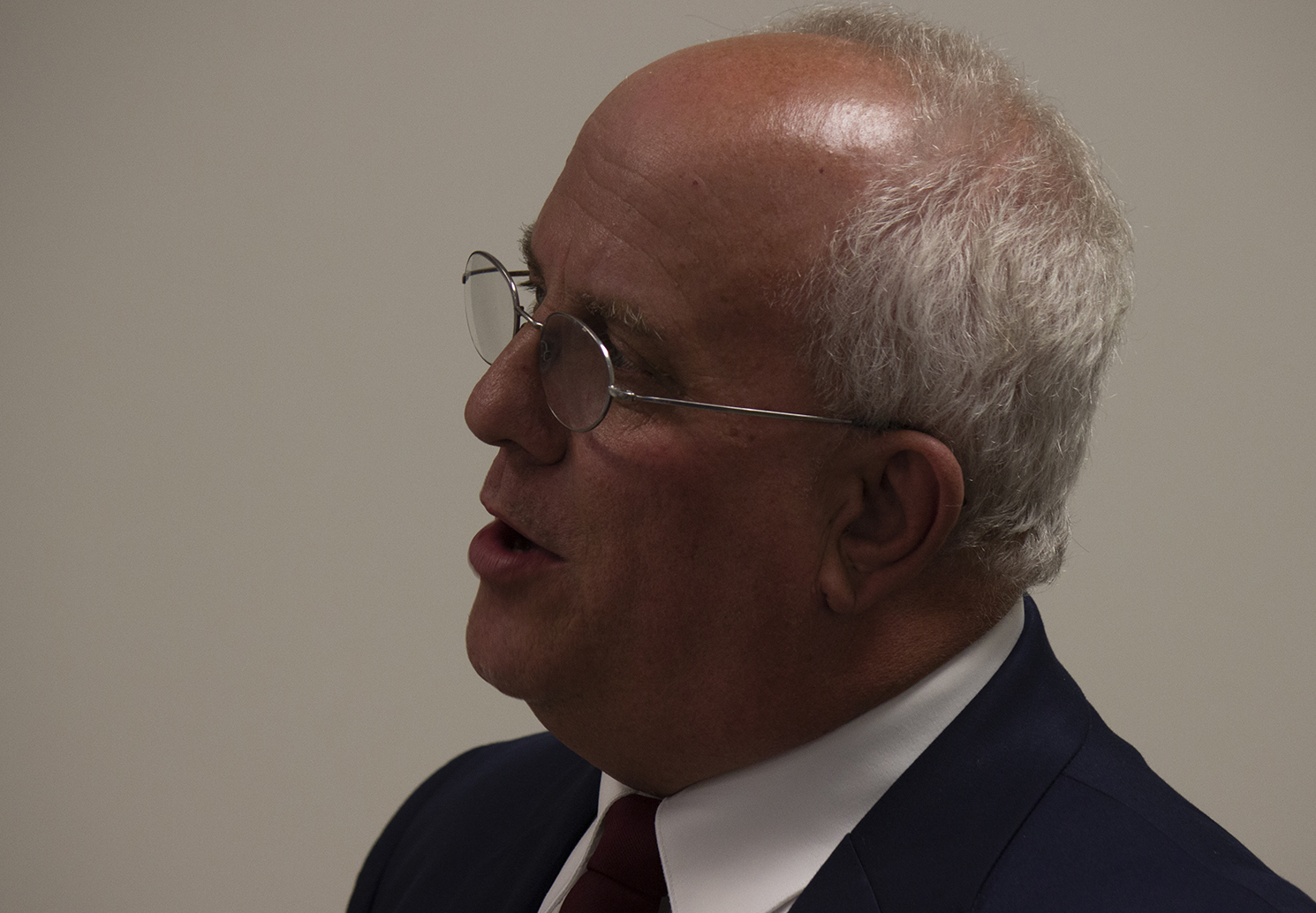 Local native and former county commissioner candidate as a Democrat, Randy Walker, spoke of why he ostensibly switched political parties, and his desire to responsibly serve the people of Beaufort County. Mr. Walker well expressed a conservative tone in his better political perspective of how to better govern the People of Beaufort County's resources. When Mr. Walker ran as a county commissioner in 2018 (and against the writer of this post - County Commissioner Stan Deatherage), he sounded like a Democrat. When he spoke to this GOP Executive Committee, he sounded exactly like a real Republican.

As all that know me will attest, I do not use the term "real Republican" lightly because I have well witessed, first hand, the corrosive effects upon conservative governance by self professed "conservative Republicans" here on the Beaufort County Commission who have in the past, and will not in the future: 1) Set prudent policy; 2) Conduct thorough oversight; and 3) Budget wisely.

These are the three specific duties of a county commissioner (as per my prolonged experience to know); actually, these are the three specific duties of every elected official, and there is no doubt in my well experienced politcal /govermental mind that Tandy Dunn and Randy Walker would adhere to these three essential maxims if elected. In essense, I have learned and proved that if one correctly inacts these three elected duties, they will govern wisely and honestly.

It remains to be seen it newly appointed John Rebholz will act as a real Republican and do so as is specified by our party platform, which is our charter, however, by the grace of this Beaufort County Republican Executive Committee, he will have that profound opportunity to show everyone what he is made of ... and very soon.

Publisher's note: An official request of the BC GOP Executive Committee has been made for the vote totals for this appointment. Those vote totals will be reported if and when BCN recieves them.