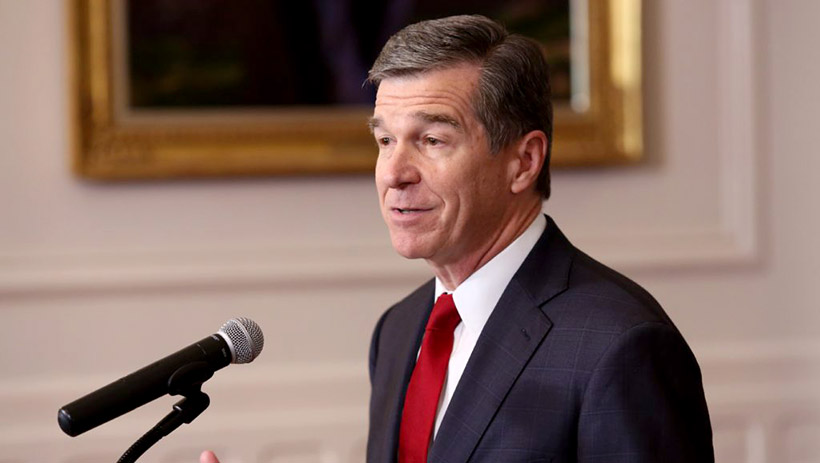 A new poll from the Civitas Institute shows approval ratings for Democratic Gov. Roy Cooper have started to tick down over the past seven months.

Cooper's approval numbers are above water, but they are starting to trend downward. A little more than 50% of likely N.C. voters approve of the governor's job performance, down from 54% approval in September. In March, 58% of respondents approved of Cooper's performance.

Harper Polling surveyed 500 likely N.C. voters from Oct. 15-19 using a mix of landlines and cellphones. The margin of error is plus or minus 4.38%.

"There is nothing for him to complain about still being at 51% approval," Bryson said. "That's where an incumbent would want to be late in the year before an election year. But it's still something to watch."

Cooper has the incumbency advantage, Boyum said, and his fundraising machine is a powerful resource.

Cooper comes out on top in every matchup with potential challengers included in the poll. The governor has a 10 point lead over Republican Lt. Gov. Dan Forest. While 36% said they would vote for Forest in the 2020 election, 46% would re-elect Cooper.

In a face-off with former Republican Gov. Pat McCrory, Cooper is ahead with 44% while McCrory follows with 38%.

Cooper has his biggest lead against Rep. Holly Grange, R-New Hanover. Twenty-seven percent of respondents said they would pick Grange, while 46% would vote for Cooper.

Bryson warned attendees that polls are not predictions of election outcomes, but a snapshot of what people are thinking or feeling at a given time. The polls help political analysts notice trends in approval ratings and other factors.

"If I am in the Cooper campaign, my immediate concern is the downtick in Governor Cooper's numbers," Bryson said. "The change is not because Republicans are performing better; it is because voters are more unsure of the governor."

Boyum said close attention should be paid to undecided voters in the generic matchups.

"Who are those people, where are they, and what is going to motivate them to vote?" Boyum asked.

Boyum said the similarities between the generic congressional and legislative elections suggest voters are set in their partisan camps.

Still, an October surprise could shake up the 2020 November election.

"Natural disasters and human disasters can have a huge impact at the last minute," Boyum said.

As for President Donald Trump, his approval ratings have remained stable. Trump's approval rating hasn't changed from September to October, staying at 48%. Disapproval remains at 50%.

"This is remarkably consistent," Bryson said. "That suggest people are largely entrenched on President Trump."

Boyum said the unaffiliated voters and their opinions on Trump will have ramifications for all the other races in North Carolina down to the legislature.

While 46% approve of the decision to open an official impeachment inquiry, 48% disapprove. Six percent are unsure.