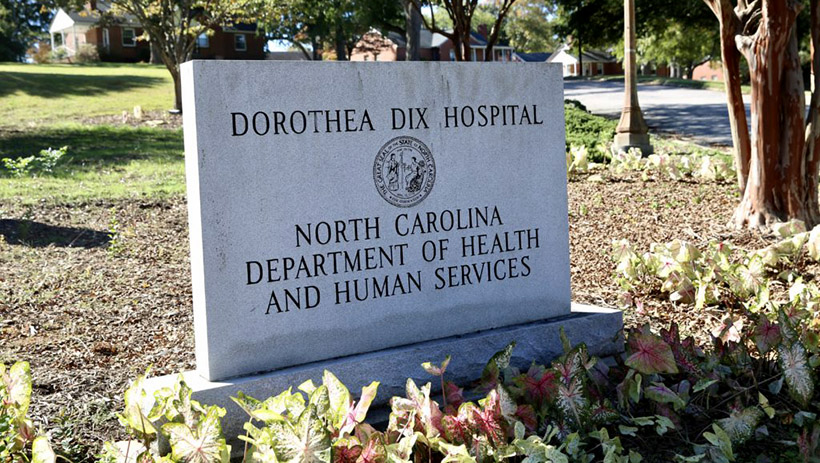 The legal challenge, now before the N.C. Office of Administrative Hearings, comes as the state has begun open enrollment for Medicaid recipients. DHHS plans to roll out the $6 billion program under managed care in February 2020.

The department established a seven-member evaluation committee and a scoring process to evaluate the proposals. It said it would award statewide contracts to the companies with the four highest scores. Medicaid recipients could choose among plans the companies offered, much as people buying health insurance on the individual market pick a plan from competing providers.

When the results became public in February, Healthy Blue scored in the top four. Aetna did not.

Aetna challenged the scoring process and filed a formal complaint with DHHS.

After the department rejected Aetna's challenge, Aetna took its complaint to OAH, an independent quasi-judicial state agency where people and companies resolve disputes with state agencies. The case file includes more than 6,000 pages. Administrative Law Judge Tenisha Jacobs has scheduled a hearing in January. If OAH can't resolve a dispute, the case goes to the civil court system.

"We are pursuing legal action against DHHS because the State of North Carolina's Medicaid program and its beneficiaries deserve to have the most qualified and experienced managed health care providers delivering the services," Jim Bostian, Aetna's MidSouth Market president, told Carolina Journal.

Reacting to Van Vleet's statement, an Aetna attorney said he hadn't seen such a document and told the attorney for DHHS it should have been produced during the discovery process or in response to Aetna's public records request. He demanded DHHS turn over that document. DHHS later produced the document, and it became a central part of an amended complaint Aetna wants the judge to accept.

Aetna says it initially won the right to a contract, but DHHS leadership wanted a different outcome. The department's leadership manipulated the scores by adding a "quality assurance" process Crabtree administered. It was "unwritten, unscheduled, unannounced, and undocumented anywhere in the [bidding] materials."

While Aetna says the romantic relationship between Van Vleet and Sharp constitutes a conflict of interest, DHHS says it doesn't.

The evaluation committee's work was supervised by a contracts team, made up of Medicaid Chief Operating Officer Mona Moon, Contract Specialist Kimberley Kilpatrick, Crabtree, and others. Aetna took depositions from Moon and Kilpatrick.

According to Aetna, on Jan. 11 Moon learned Healthy Blue didn't score in the top four.

Aetna says attorney-client privilege doesn't apply to the active role Crabtree had in the proposal evaluation process. Aetna wants a judge to compel DHHS to produce complete and unredacted copies of relevant documents and require Crabtree to answer questions under oath about her role in the evaluation process.

Aetna filed the deposition transcripts for Van Vleet and other DHHS employees with OAH.

"While the inconsistent scoring and obvious conflicts of interest within DHHS cannot be ignored, the public should not lose sight of the fact that DHHS strayed from its own prescribed process by changing the scores after their scoring process was completed and scores were known. Whether or not this misdeed was motivated by the conflicts of interest is secondary to the fact that the misdeed occurred - and it should not stand." Aetna's Bostian said.

"Due to the size of our Medicaid program, getting Medicaid managed care right is extremely important," Roberts said. "Awarding contracts to managed care providers is a complicated but crucial part of ensuring the most vulnerable citizens of our state have access to quality care.

"The allegations against DHHS are serious," he said. "We are placing trust in the department and these companies to manage the care of more than 1 million North Carolinians, which means we should expect a fair process that awards the contracts to the companies best suited to provide care."