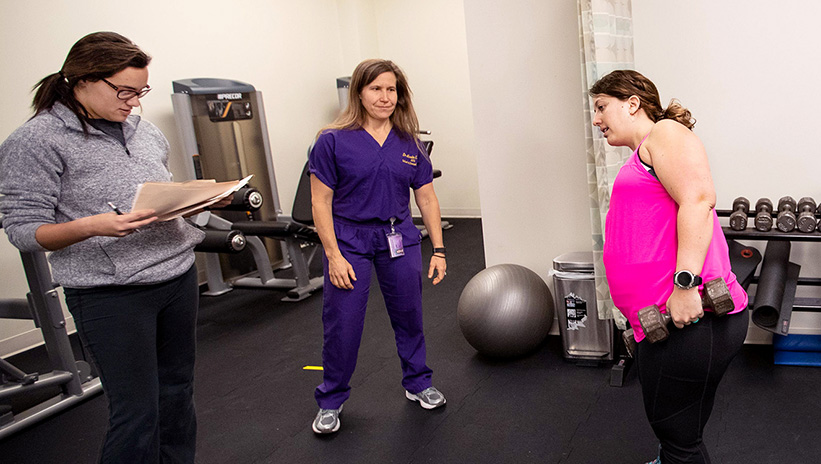 Understanding the health benefits of exercise for pregnant women is nothing new. According to the American College of Obstetrics and Gynecology, it can improve the mother's overall health and wellness, ease some common pregnancy discomforts and can even help prepare the body for labor and delivery.

However, Dr. Linda May, an associate professor in the ECU School of Dental Medicine's Department of Foundational Sciences and Research, is the first researcher to study how a mother's exercise affects the child's heart function, neuromotor skills and body composition.

The initial findings of May's research, which received a $200,000 grant in 2018 through the American Heart Association's Innovative Project Award, found that 1-month-old babies whose mothers exercised regularly during pregnancy had more advanced motor skills than other babies.

While those important findings have already gained coverage from national media outlets, including Good Morning America and The New York Times, they only tell part of the story.

May's ongoing research is also showing that babies whose mothers regularly exercised during pregnancy also have improved heart function and leaner body composition. The amount of the mother's exercise and her lipid levels can also determine the baby's birth weight, May said. 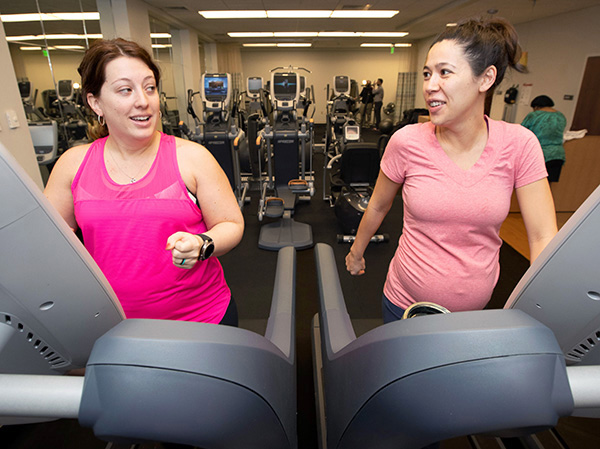 Jodie Messimer, left, and Lei Grigg warm up on a pair of treadmills before lifting weights during a prenatal exercise class.
According to the Centers for Disease Control and Prevention (CDC), more than 18 percent - or about 13.7 million - of the children and adolescents in the United States are obese. These children are more likely at higher risk for serious health problems such as cardiovascular disease, diabetes, breathing issues, joint problems, fatty liver disease and psychological problems.

"There is a growing body of research showing that birth weight is associated with not only risk factors, but also cardiovascular disease and death later on," May said. "It's basically a trajectory. At the point of birth, someone is already pointed in the direction of disease or health. You can make changes later on, but that's why it's so critical that we do the intervention during pregnancy - to point the baby in the direction of health rather than disease."

While May's team is still in the process of researching whether certain types of exercise are more beneficial to the health of babies than others - those findings are expected next year - she said the recommended guidelines are 150 minutes of moderate intensity exercise (across three to five days per week) every week.

Women should always get clearance from their OB/GYN provider before beginning or continuing any type of exercise training while pregnant, May said, in the event there are potential health conditions that need to be considered.

May plans to expand her research to include a broader range of women from all BMI ranges, especially those who have no previous exercise experience. She also hopes to secure grant funding that would enable her to track the babies for longer, at least until 5 years of age.

"We've done 1-month measures, but we want to show that babies are healthier all the way up until they enter school," she said. "In my mind, if there are no contraindications, then we should be prescribing exercise for every pregnant woman. To have a healthier pregnancy and a healthier baby, you just need a good pair of shoes."