North Carolina continues to roll out Medicaid managed care, despite a lack of funding from the legislature and a lawsuit pending against one of the insurers slotted to become a managed care organization. carolina journal, medicaid, enrollment, healthcare, funding, october 21, 2019
Home
Categories
Login 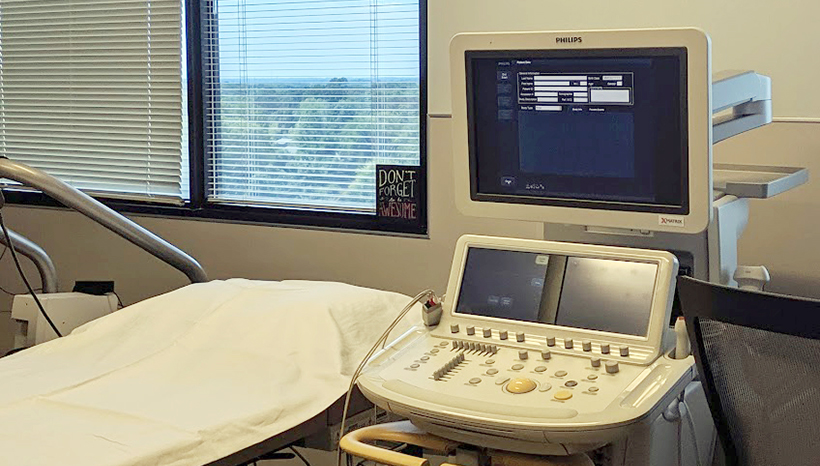 North Carolina continues to roll out Medicaid managed care, despite a lack of funding from the legislature and a lawsuit pending against one of the insurers slotted to become a managed care organization.

But if the General Assembly doesn't pass a budget by mid-November, transformation will stall again.

"Because the Medicaid budget is pretty large, we have been using money from other buckets to do the work, and at some point in time, we can't continue to do that," said Dave Richard, deputy secretary of the N.C. Medicaid program. "It will get to a place where it will be difficult if we don't have that budget."

For years, the state Medicaid program overran its budget, and the legislature faced a yearly scramble to fund the program. One of the first tasks Republicans took on in 2011 when they won a General Assembly majority was getting Medicaid spending under control.

"Medicaid was a bureaucratic and financial disaster," said Joseph Kyzer, spokesman for House Speaker Tim Moore, R-Cleveland. "We've fixed the cost overruns, and we've got it to a place where that debt isn't drawing funds from other sectors to plug the Medicaid hole. Now getting the transformation right is the next step to trying to turn around a program that has had a negative impact for so long."

The state will pay $30 billion over six years to the five companies that won contracts. In return for set monthly payments, the insurers will manage the coverage of an estimated 1.6 million North Carolinans. Whatever they save, they keep; whatever they overspend, they lose.

The program has been entangled in complications since it passed in 2015.

This year's budget stalemate trapped the funding necessary for Medicaid transformation, forcing the state Department of Health and Human Services to delay the start of the program. After Gov. Roy Cooper vetoed the state budget, Republicans attempted to pass the funding in a mini-budget.

Cooper shot it down, calling it a Republican tactic and saying that "health care is an area where North Carolina needs us to do more, and to do it comprehensively."

The program was supposed to launch in November, but now it will begin in February, provided the budget soon escapes the stalemate.

"From the legislature's standpoint, it's a frustrating delay because Medicaid in particular is a priority of the administration," Kyzer said. "It seems like having the pilot, the truncated start, be delayed, would inevitably affect the whole rollout because that's the opportunity to fix the bugs and help the providers get ready."

Legislators have also voiced concerns that the insurance companies will hemorrhage money if the program is delayed again.

"To judge from the size of the contracts, [insurers] are expecting some decent revenue out of being managed care organizations," John Locke Foundation senior fellow Joseph Coletti said. "It affects the companies' earnings and cost this year, but it's a delay, not a cancellation."

After launching open enrollment for 27 counties in July, the Department of Health and Human Services more than tripled the territory of open enrollment, as enrollment opened for an additional 860,000 people on Thursday.

But one of those five insurers, Blue Cross N.C., is embroiled in litigation with Aetna Better Health of N.C. Aetna also applied for a managed care contract, and after losing to Blue Cross N.C., Aetna accused the state of favoritism and corruption.

It filed a complaint arguing that DHHS used a flawed scoring process that "unilaterally manipulated the scoring to ensure that its favored Offeror, Blue Cross and Blue Shield of North Carolina ... would receive an award."

The complaint said one of the members of the evaluation committee, Amanda Van Vleet, was dating and living with the Blue Cross N.C. employee J.P. Sharp. Blue Cross N.C. also hired another committee member who was struggling with financial problems immediately after the process.

Aetna has asked that an administrative judge jettison the current contracts, and restart the process of awarding contracts.

DHHS stands behind the procurement process, and says it intends to meet the Feb. 1 deadline for Medicaid transformation.

"We've asked people to keep their heads down and continue working to go live," Richard said. "We know that these things happen, and that there will be challenges from outside. ... Whatever happens, we will adjust accordingly, but right now our commitment is to make sure that our beneficiaries are well served when we go live."