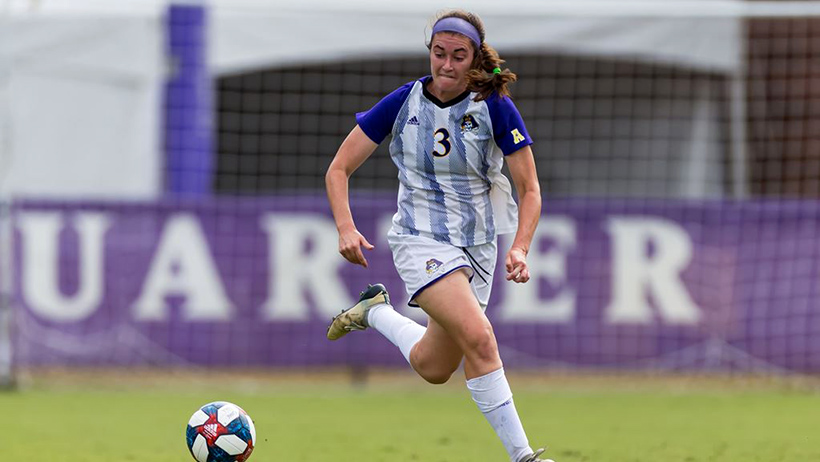 DALLAS, TEXAS     The Texas road trip finished on a rough note when the ECU soccer lost to SMU 4-0 on Sunday afternoon at Westcott Field.

"They were just too much for us on the day," said head coach Jason Hamilton. "They had a lot of energy knowing what is on the line for them and we were unable to match that intensity."

"We now find ourselves in just as desperate of a spot as our last two opponents," Hamilton said. "So let's hope we can take away the fight and willingness to battle that we faced this weekend and bring that to our last three games."

The Mustangs took a 2-0 lead with a pair of first-half goals within a minute of each other. The first came when a long ball by Courtney Sebazco found Jewel Boland behind the ECU defense and Boland was able to score on a low shot. Just a minute later, Allie Thornton swung in a cross from the right wing and Celiana Torres was able to control it and score.

SMU added a pair of goals in the second half to salt away the win. Torres turned provider when Isabelle Nashmi headed home her cross in the 68th minute. Robyn Maurer finished the scoring in the 77th minute when she scored off a rebound.

SMU had a 30-2 edge in shots and an 11-1 advantage in corner kicks. Melanie Stiles made eight saves in the goal for the Pirates while Tatum Sutherland made one stop for SMU.

ECU will return to Greenville for its final two home matches of the regular season. First up will be a Thursday night kickoff against UCF in Johnson Stadium.