Redistricting, Gerrymandering, and Legislating From the Bench | Beaufort County Now

I have written about gerrymandering in these pages before, but the recent Superior Court ruling that the state’s legislative districts constitute an unconstitutional partisan gerrymander makes me want to do it again. carolina journal, redistricting, gerrymandering, legislation, from the bench, october 17, 2019
Home
Categories
Login

Redistricting, Gerrymandering, and Legislating From the Bench 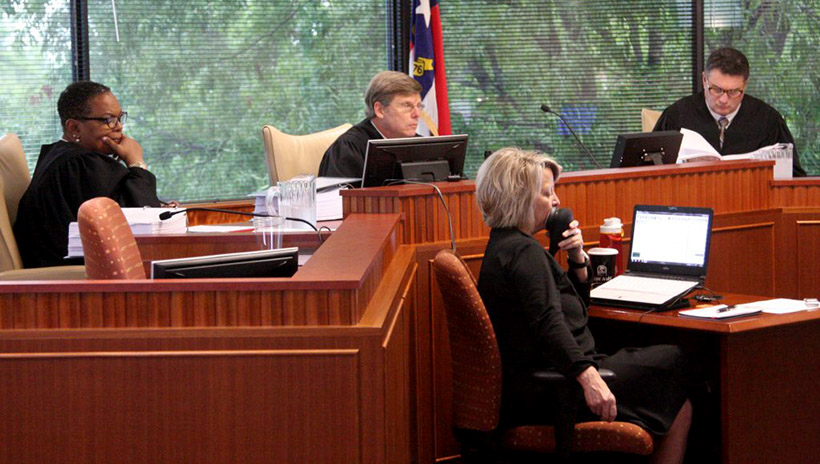 I have written about gerrymandering in these pages before, but the recent Superior Court ruling that the state's legislative districts constitute an unconstitutional partisan gerrymander makes me want to do it again.

This is a prime example of judicial overreach and regrettable encroachment of quantitative social science into legal decision making. I don't think there's any doubt the state legislative map in question was a gerrymander in the technical sense of the word - that is, the maps were drawn by legislators intent on maximizing their party's representation in the General Assembly. But how on earth did the court see it as violation of the N.C. Constitution?

I'm not going to take on the arguments about whether the plaintiffs enjoyed legal standing or gerrymandering is justiciable. Let me focus on the court's proposition that the map in question violates three important elements of the state's constitution: Its "equal protection," "free elections," and "free speech" and related "free assembly" provisions.

First: How does a partisan gerrymandering treat voters unequally? Everyone gets one vote. All voters in the jurisdiction get the same ballot. Of course, outcomes are always unequal, some voters will select winners, others losers regardless of the district's composition.

In fact, if voting rights are so sacred and should be weighted equally, the U.S. Supreme Court needs to reverse its 2016 ruling in Evenwel v. Abbot. In this case it upheld legislative districts should be the same size by total population, not number of eligible voters. This is how you "dilute" votes.

Next, all the things that seem to impinge on "free elections" as generally understood have nothing to do with gerrymandering. These include registration and voter ID requirements, interminable lines at the polls, a limited choice of candidates, and little or distorted information about the contest.

Finally, the free speech and assembly arguments are just as contorted. Any restrictions on political speech and organization - such as campaign finance rules, municipal ordinances concerning protesting, etc. - are also unrelated to map-drawing. People are of course members of political minorities all the time, just ask the Libertarians. Don't like it? Make your party more appealing or switch allegiances.

To demonstrate how these are not free, fair, or equal elections, the court used a favorite phrase of the anti-gerrymander crowd; that politicians are choosing voters rather than the other way around. I hate to be snarky, but that is what districting is. Legislators don't choose the candidates, either. The state's filing rules are very relaxed, and we also have primary elections for party nominees. A "sweetheart" gerrymander, one in which all incumbents regardless of party are safe and happy, is a clearer sign legislators as a class are "selecting their own voters". As "double-bunking" - districts pitting incumbent against incumbent - and many preemptive retirements demonstrated, this was not the case with the map under consideration.

Predictably, the court fell back on a fictitious right to choose representatives in competitive elections to bring about proportional outcomes - or where the shares of a party's seats in a legislature and total vote are roughly the same. But it showed tremendous ignorance of how to produce such a system. The concepts of competition and proportionality are different and often inversely correlated.

Take for example a 100-seat legislature in a state evenly divided between Democrats and Republicans. We could plausibly create 100 50-50 seats and all would be highly competitive. But a small swing toward one party might give us something close to a 100-0 legislature, in which the governing party only got, say, 53% of the vote. We can ensure total proportionately with 50 100% Democratic districts and 50 100% Republican districts. Now that's a partisan gerrymander. By the way, does Massachusetts have free congressional elections in which Republicans regularly get about 35% of the statewide vote but no seats?

Why do the maps get blamed for the kinds of outcomes the court believes are harmful? Why don't parties just nominate candidates appealing to a district's voters? In the 1960s and 1970s, both Democrats and Republicans could win in just about any kind of place. The court's allies say partisan gerrymanders cause polarization. If so, why is the U.S. Senate so polarized? In fact, homogenous districts in heterogeneous states can force the parties to run a diverse slate of candidates and therefore reach out to many different political interests.

The legislature's motive, maligned by the court, is irrelevant as well. The district maps were legislation. Give me an example of a vote on important matters of public policy -including those affecting voting and other constitutional rights - where lawmakers aren't driven by partisan considerations.

I find partisan gerrymanders distasteful. But the court has taken a legitimate technical definition of the practice built on solid social science and forced it into law. That is legislating from the bench. There is now a similar case against North Carolina's congressional districts. Get ready for more.