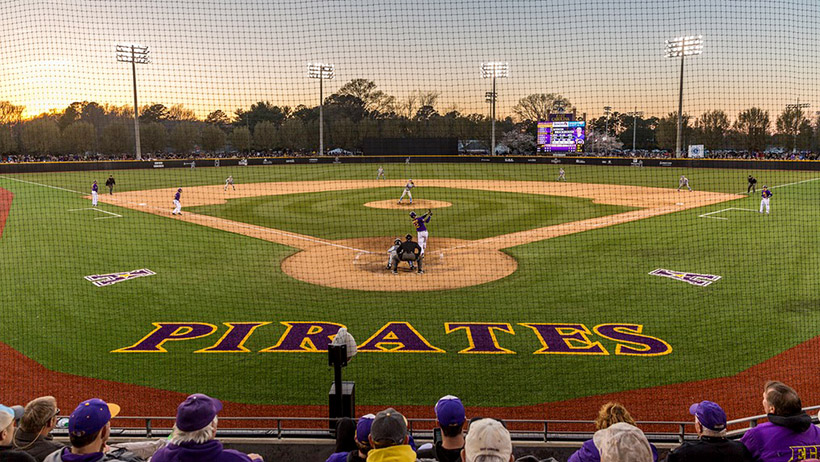 GREENVILLE, N.C.     East Carolina officials have announced that Sunday's home baseball scrimmage against Liberty has been moved to Saturday, Oct. 19 due to potential inclement weather in the area.

The two squads are scheduled to play a 14-inning scrimmage at Lewis Field inside Clark-LeClair Stadium with first pitch slated for 1 p.m. (EDT). Admission is free and concessions will be available.

On Oct. 26, ECU will recognize the 2019 AAC regular season and Greenville Regional champions during the first half of the USF game where each member of the team will receive a championship ring.

Sixth-year head coach Cliff Godwin and his staff are currently guiding the Pirates through their six-week, full squad practice which began on Sept. 26. ECU will scrimmage every Friday, Saturday and Sunday (minus the two exhibition contests) leading up to its annual Purple-Gold World Series that will be held Nov. 1-3 (times to be determined) and is also free of charge to fans.