When Cheri Beasley and Paul Newby face each other in the 2020 campaign for N.C. Supreme Court chief justice, it’s unlikely that they will spend much time bashing each other’s records. carolina journal, chief justice, supreme court, october 15, 2019
Home
Categories
Login 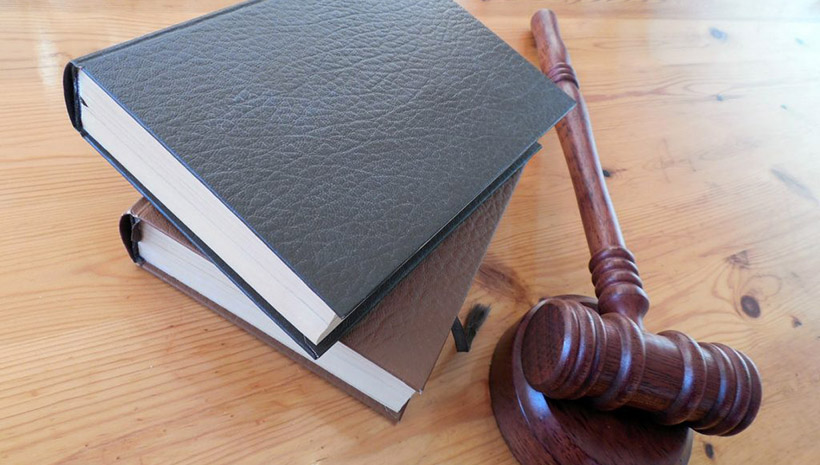 When Cheri Beasley and Paul Newby face each other in the 2020 campaign for N.C. Supreme Court chief justice, it's unlikely that they will spend much time bashing each other's records. Nor will they say much about how they would rule in particularly contentious court disputes.

But voters can find clues within opinions handed down while Beasley and Newby have served on the state's highest court. Decisions reached this year - as the pair prepares for an electoral showdown - might yield especially interesting information.

Beasley joined the Supreme Court in December 2012. Gov. Roy Cooper elevated her to the chief's position this February.

Beasley and Cooper are Democrats. In choosing Beasley as chief, Cooper bypassed Newby. A registered Republican, Newby is the high court's senior associate justice. He has served on the Supreme Court since first winning election in 2004.

Both Beasley and Newby have signaled plans to run for the court's top job next year. Others could join the race. But no other candidates have stepped forward to date.

Judges face greater professional limits than other candidates when it comes to campaigning for office. Most are reluctant to engage in partisan electioneering. Few ever utter a direct statement about the way they would rule in a particular legal dispute.

That's why the written record could prove handy. And while a significant majority of Supreme Court cases tend to be decided unanimously, Beasley and Newby have demonstrated contrasting approaches to particular legal disputes.

In 2017, the pair agreed in 48 of 58 cases. That 83% agreement rate might appear fairly strong, but it was the lowest rate of agreement among the seven justices serving that year. The same pattern emerged in 2018, when Beasley and Newby agreed in the results of 82 of 97 cases (85%). Subtract three cases in which Beasley and Newby supported opinions using different legal reasoning to reach a common result, and the agreement rate drops to 81%.

The two justices have agreed in 36 of 47 cases (77%) this year in which voting results have been made public. (One case decided in September resulted in a 3-3 split. The court did not indicate in its ruling which justices lined up on which side of the issue.) Unlike the last two years, Beasley and Newby have not been the pair of justices most likely to disagree in 2019.

Instead Newby and freshman Democratic Justice Anita Earls have earned that distinction. Newby and Earls have ended up on the same side of a legal argument in just 27 of 42 cases (64%).

Of the 11 cases of disagreement between Beasley and Newby, there's just one in which the two justices have written on opposite sides of an issue. All three of Newby's majority opinions represented a unanimous court. Beasley also has authored one unanimous majority opinion.

Seven of Newby's eight written dissents involve cases in which Beasley joined another justice's opinion (three from Earls, two from Robin Hudson, and one each from Mark Davis and Sam Ervin IV). Newby also supported dissents from two other majority opinions authored by Earls and Davis.

Beasley has dissented just once this year, siding with the majority in 46 of 47 cases. In her one divergence from the winning side, she joined Earls' partial dissent from a majority opinion written by Hudson.

That leaves State v. White, a May 10 decision in which Beasley wrote for a 4-2 majority. Newby wrote his own dissent in the case and joined a separate dissent authored by Justice Michael Morgan.

The Graham County case involved a 7-year-old, "Hannah," who had been sexually molested while living with her mother in a trailer owned by defendant Michael Lee White. After an aunt revealed the abuse to authorities, White confessed in writing to committing the offense.

White's defense argued that his conviction should be thrown out because the 2015 indictment was invalid. State law required the indictment to name Hannah as the victim, White claimed.

Yet Beasley and three Supreme Court colleagues agreed to overturn the unanimous appellate panel. They ruled that the indictment did not meet legal requirements for identifying the crime's alleged victim.

"The State concedes that its intent was to conceal the identity of the child - an intent at odds with the purpose of the naming requirement: to provide notice of the essential elements of the crime charged to the accused," Beasley wrote for the majority. "Thus, use of the phrase 'Victim #1' does not constitute 'naming the child.'"

Morgan's dissent, supported by Newby, cited the Beasley majority's "narrow and rigid interpretation of the applicable law." Morgan lamented the "unnecessary collision course" the court's majority created for two important rights. One was the criminal defendant's right "to have sufficient notice of the charges lodged against him." The other: "the State's laudable aim to protect the identity of a minor who is the alleged victim of a sex crime."

"Once again, a child victim must endure the emotional distress and indignities of another trial because of a purely legal technicality," Newby wrote. "It is this type of legal gamesmanship which leads to cynicism about whether justice prevails in our criminal justice system."

State v. White represents just one of hundreds of cases Beasley and Newby have decided during their years on the state's highest court. It's likely that supporters and critics of both jurists will scour their respective records in the months ahead. We can expect more details to emerge between now and the time voters cast ballots in the 2020 chief justice's race.

For now, though, these contrasting opinions in one case from May represent the closest thing to a head-to-head matchup we're likely to see in the race for North Carolina's top judicial job.