Let me be clear, before I get too far into this piece, that I’m a big fan of good health. I try to eat right, I work out or run about every day, and, even at my advanced age, consider myself physically fit. carolina journal, bicycle lanes, road sharing, cost sharing, good health, october 11, 2019
Home
Categories
Login 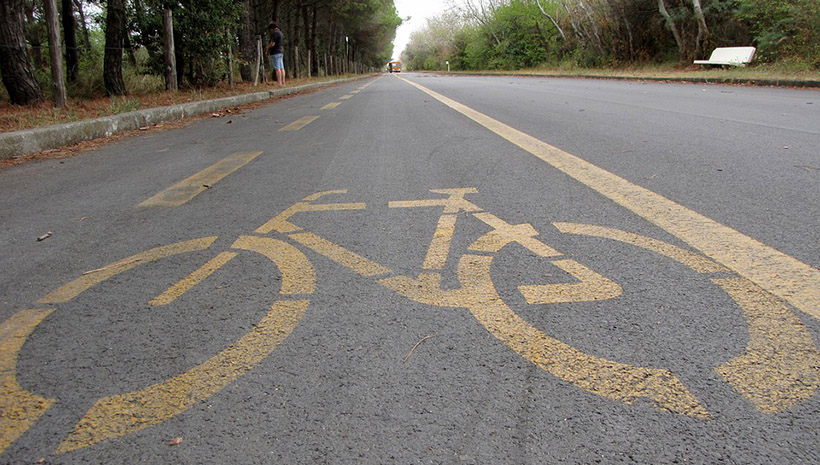 Let me be clear, before I get too far into this piece, that I'm a big fan of good health. I try to eat right, I work out or run about every day, and, even at my advanced age, consider myself physically fit.

I like bicycles, too, and I'm thinking about getting one. But they aren't cheap, which you'll learn with even a cursory glance through a bike shop window. You get what you pay for, of course, and cost is relative. Paying thousands of dollars for a machine without a motor is, I would guess, pretty common among hard-core riders. I support their endeavors.

But, and this is sure to flip a few gears, the generally accepted - socially and politically - effort to spend millions for bike lanes on busy city streets is, at best, problematic. At worst, it's a badly misguided idea and a waste of taxpayer money.

Further, the report says, "bicycling remains a tiny, and largely insignificant, form of commuting with only 0.2% of commuters in Charlotte and 0.6% in Raleigh using bicycles."

I'm neither naive nor intractable. My opinion, or even hard data, won't change people's minds, even if only a select few riders actually conform, faithfully keeping to the designated lanes and following the pictures and white arrows.

So be it, but keep in mind a shell of polycarbonate plastic offers only so much protection.

About 1,000 bicyclists are involved in police-reported crashes with motor vehicles each year, the N.C. Department of Transportation says. About 20 are killed, and some 60 are seriously injured.

I recently rode 10 miles as part of an organized bike ride, from Garner to downtown Raleigh. Sharing the road with cars going three times faster, as well as giving away a couple tons or more, isn't what one could call pleasant. We have greenways for a reason.

But, you say, biking instead of driving is good for the environment, cutting back on pollutants and traffic congestion. Plus, you counter, these are public roadways, so you have to share.

There's no use in arguing, because designated lanes and other street "improvements" are rolling through Raleigh like a wild pack of conference bikes careening down Hillsborough Street.

So, then pay for the privilege.

Motor vehicles, for instance, are subject to a 3% highway-use tax when a title is transferred. Vehicles must be registered and inspected, and that costs money, too. I'm not suggesting any of this, because it would inject even more bureaucracy into an already bloated government.

But what about assessing property taxes on bicycles, which can cost as much or more than many motorcycles and even used cars? N.C. counties levy and collect the tax, so that aspect would remain on the local level. For this to happen, a state lawmaker would first have to introduce a bill to that effect. It would be similar to what happened in biker-friendly Oregon, which began charging a sales tax on new bicycles after a statewide transportation bill passed in 2017.

Bicycle specific taxes are not entirely unprecedented, Forbes wrote last year. "For example, Hawaii charges a $15 new bike registration fee, which while not technically a tax, is collected by retailers at point of sale (as is the case with the Oregon tax). Another precedent is found in Colorado Springs, where $2.3 million has been raised from a $4 per bicycle sales tax in effect since 1988."

BikeRaleigh, part of the city's Office of Transportation Planning, is working to make biking more comfortable and more convenient.

"Adopted in May 2016," it's website says, "the BikeRaleigh Plan is the framework for expanding Raleigh's bikeway network and improving its safety, comfort, convenience, and accessibility for bicyclists of all ages and abilities." Among its goals are increasing the bicycle commute rate and completing proposed and planned bike-friendly projects.

Raleigh, through exorbitant fees, basically ran a couple of scooter companies out of downtown, while promoting bike-sharing projects and refiguring streets to the benefit of cyclists.

Again, I would never discourage exercise, I'll always support efforts to ease traffic congestion, and I'll continue to respect those who care about the environment. But riding on busy streets is inherently dangerous, as at any given time cyclists and drivers are each inches from catastrophe.

"Share the roads" is a consistent mantra, from governments and cyclists alike, and sometimes in condescending tones. I, too, enjoy an occasional ride, and I'm still getting that bike. But let's think hard about sharing the cost, the burdens, and the responsibilities, too.