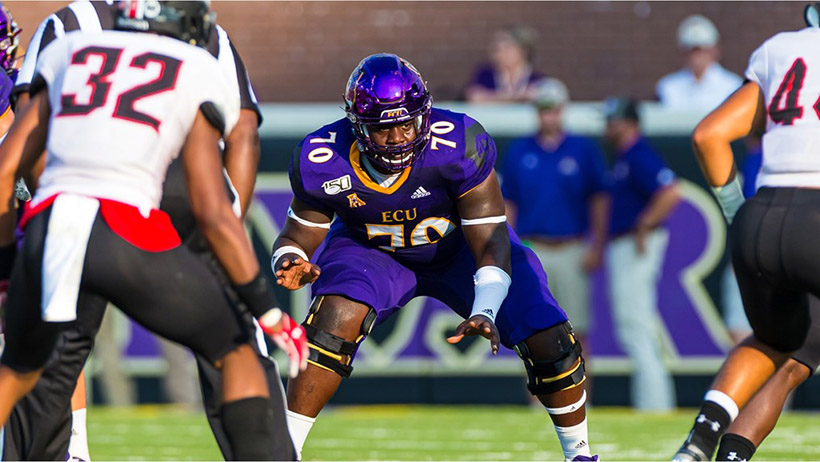 GREENVILLE, N.C.     East Carolina offensive lineman Cortez Herrin has been granted a medical hardship waiver by the American Athletic Conference and will be eligible to compete during the 2020 season.

The league's approval of his waiver request means his participation in one contest as a true freshman during the 2016 campaign will not count as an exhausted year of eligibility. Herrin experienced limited action in the Pirates' season-opening victory against Western Carolina on Sept. 3 but did not play in the remaining 11 games because of an injury.

A two-year full-time starter at left guard, Herrin has played in 24 overall career contests at ECU. After opening five of eight games in 2017, which included the season finale at Memphis, he extended his consecutive starts streak to 17 before being sidelined during the Pirates' road win against Old Dominion earlier this season on Sept. 28.