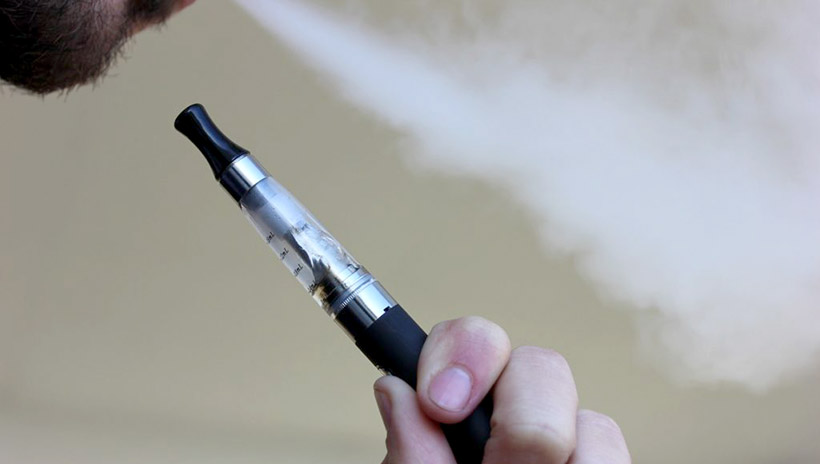 When a patient's lungs began to fail, doctors had no ready explanation - until they read media reports of vaping-related illnesses.

Greensboro-based Cone Health saw its first case of the national vaping-related epidemic in August, when a patient with damaged lungs ended up on life support.

"All along I was thinking, why is this young person here? It does not have a cause at all," said Dr. Murali Ramaswamy, director of the Interstitial Lung Disease Program for LeBauer Health, part of Cone Health's medical group. "In intensive care, we don't have time to get information. We take care of them, then we work back to find the cause."

Since then, at least 42 people have come into North Carolina hospitals with damaged lungs and respiratory failure related to vaping. Most are young, and most have vaped marijuana products from bootlegged vape pens.

But doctors still don't know what crippled their patients' lungs.

"They get short of breath and start coughing," Ramaswamy said. "As the inflammation gets worse, they go on oxygen, and they begin breathing so fast that they are not able to sustain it with the amount of damage to their lungs ... so they end up on life-support breathing machines and in intensive care."

The struggle to find a diagnosis comes amid calls to ban vapes infused with flavors. The flavors can make vaping more palatable for former smokers who want to get off cigarettes but can't kick their nicotine habits. But the health effects of the flavor additives often haven't been tested. And some vapers stick their own concoctions into the cylinders.

The Center for Disease Control and Prevention has tied vaping to THC products - the psychoactive ingredient that produces the high in marijuana. But both the CDC and doctors in North Carolina are having trouble pinpointing the chemical responsible for the damage.

Even the scans tend to look different. On a scan, healthy lungs appear as dark voids: they are pockets of air, and the radiation passes straight through them.

When doctors looked at patients' lungs, there was no infection, but their lungs were littered with white flecks. Whatever they vaped had inflamed enough tissue to turn areas of the scans white.

"We're having a hard time with the diagnosis. There are a lot of different presentations for this, a lot of different appearances on scans," said Dr. Peter Miller of Wake Forest Baptist Health. "That's probably related to different contaminants that are producing different injuries to the lungs."

Some officials have eyed Vitamin E acetate, a solution used to cut cannabis into a vapable form, as a potential culprit. The vitamin itself is readily available in drug stores as a nutritional supplement.

Blaming Vitamin E acetate would explain the oil found in the lungs of five N.C. patients who were diagnosed with lipoid pneumonia after vaping THC.

People tend to get lipoid pneumonia in one of two ways. Either an injury causes their own fat to enter their lungs, where white blood cells begin attacking it as a foreign substance. Or they inhale oil.

But researchers have also found a slew of chemicals in THC pens, and chemical burns in some patients' lungs resembling damage from mustard gas. When NBC News commissioned a study of 10 black market THC pens, all contained myclobutanil, a fungicide that can turn into hydrogen cyanide if burned.

"Dank Vapes appears to be the most prominent in a class of largely counterfeit brands, with common packaging that is easily available online and that is used by distributors to market THC-containing cartridges with no obvious centralized production or distribution," said a CDC study.

That leaves doctors and researchers looking at thousands of different black-market mixtures.

Another mystery plaguing researchers is the suddenness of the outbreak. The first electronic cigarette was invented in China in 2003, and it was legally introduced to the U.S. three years later.

Now, more than a decade later, almost 11 million people vape in the U.S., according to a nationwide study in the Annals of Internal Medicine.

"We're not certain why all of a sudden it seems to be becoming more of an issue," Miller said. "My thought is that it hit a tipping point of usage, where there's now a critical mass of people using these products. Even if something is going to occur uncommonly, the more people that use it, the higher likelihood that that uncommon occurrence will be seen."

Doctors worry that they will see more vaping-related illnesses as more young people vape. Vaping THC smells the same as vaping nicotine, making it a popular way to disguise the telltale smell of marijuana.

"Well, we certainly do see students who use vaping products," said Dr. Julie Casani, Medical Director of Student Health Services at N.C. State University. "Vaping has always been a concern for us. ... I don't think I can say there's not marijuana on campus - that would be a news story. But how frequently are they vaping THC products, I don't know."