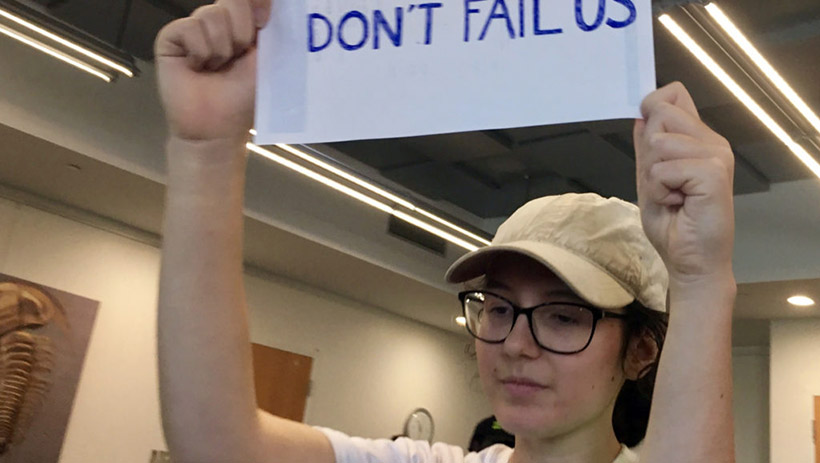 State officials joined Cooper on Friday, Sept. 27 at the North Carolina Museum of Natural Sciences in Raleigh for an update on the climate council's work. They discussed the administration's Clean Energy Plan. Cabinet members made presentations on how their departments are working to meet clean energy goals.

On Oct. 29, 2018, Cooper signed Executive Order 80 to address climate change and outline how the state could transition to a "clean energy" economy. The EO established the climate council and set goals.

The N.C. Clean Energy Plan, devised by the N.C. Department of Environmental Quality, calls for modernizing the electric grid and reducing fossil-fuel energy use. Under the plan, the state would promote solar and wind energy. Around 90% of the state's annual power output comes from natural gas, coal, and nuclear power.

Cooper said the state doesn't need to sacrifice economic prosperity to ensure a cleaner future. With a little encouragement green energy, including wind and solar, could provide more jobs, the governor said.

"Nuclear and natural gas are the most inexpensive, efficient ways to reduce emissions, while solar and wind are the most expensive and least efficient," Sanders wrote in a blog post.

Cooper sold his program as a common-sense proposal. "Our solutions cannot have a party label," Cooper said. "Our solutions have to be based in science, data, facts, and not false political propaganda."

The solutions Cooper's administration proposed weren't enough for some environmental activists. At the end of Cooper's opening remarks, a handful of protesters stood and made mock alarm sounds.

"We are in a climate emergency," protesters shouted. "Climate leaders do not approve pipelines."

"I love public input," Cooper said after police escorted protesters out of the room. "I appreciate the process that people have been involved in going all across the state and hearing from all kinds of people."

During the public comment section of the meeting, several people praised the climate council's initial work to address climate change. But most called for the council to tackle fracking, methane emissions, the ACP, and the wood pellet industry.

Cooper left before the public comment period - a point a few commenters noted with displeasure.