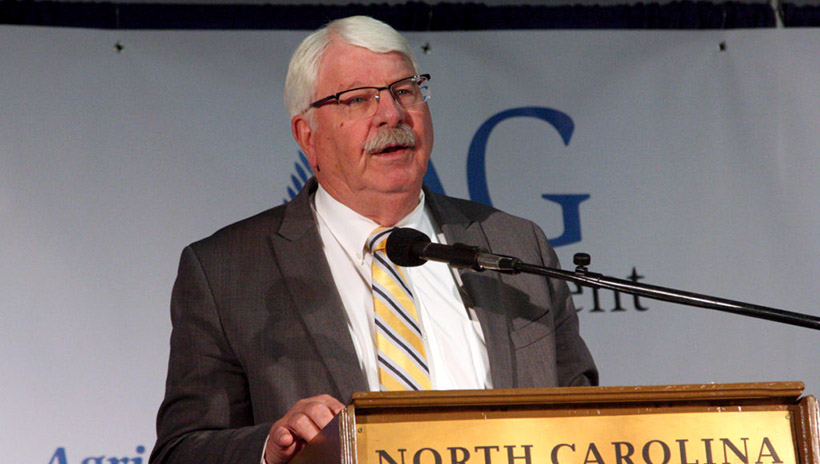 The report from the Office of State Auditor found the Department of Agriculture and Consumer Services used the money on hotel stays for the commissioner, chief of staff, and State Fair manager.

State policy restricts overnight travel to equal to or more than 35 miles from an employee's home or duty station, whichever is closer. Troxler, Chief of Staff Zane Hedgecock, and G. Kent Yelverton, the fair manager, all live more than 35 miles from the State Fairgrounds. The distance from Troxler's and Hedgecock's duty station to the State Fairgrounds is about five miles.

The N.C. State Fair runs for 11 days in October. Doors open as early as 8 a.m. and close as late as midnight. Business demands justified the overnight stays, as Troxler, Hedgecock, and Yelverton would need to rapidly respond to any safety or security issues, Agriculture management claim in the report.

"In the case of the Commissioner of Agriculture, Chief Deputy Commissioner, Chief of Staff, and State Fair manager, work days are long and they need to be available 24 hours a day, 7 days a week to address any issues that may occur during the event," the Agriculture Department said in a statement in response to the audit. "These staff members are considered 'mission critical' to the operations of the State Fair."

While the Agriculture Department argued hotel rates in Raleigh were expensive, the audit shows the department was able to secure lodging for Yelverton for $70 a night. Troxler and Hedgecock received lodging for $199 a night.

Auditors say the Agriculture Department needs to follow the rules.

"No state agency, nor its leadership, has the authority to override existing state policies and regulations," the report reads. "In fact, Department management's decision to override these regulations sets a precedent for other state agencies to also ignore whichever policy or regulation they choose, which could cause a great cost to the taxpayers."

The audit calls for the Agriculture Department to comply with State Budget Manual regulations or obtain a waiver from the Office of State Budgement and Management. The waiver could then allow them to seek hotel rooms in accordance with the approved state rates.

The audit also recommends the Commissioner, Chief of Staff, and State Fair Manager consider reimbursing the Agriculture Department for all costs not in compliance with State Budget Manual regulations.