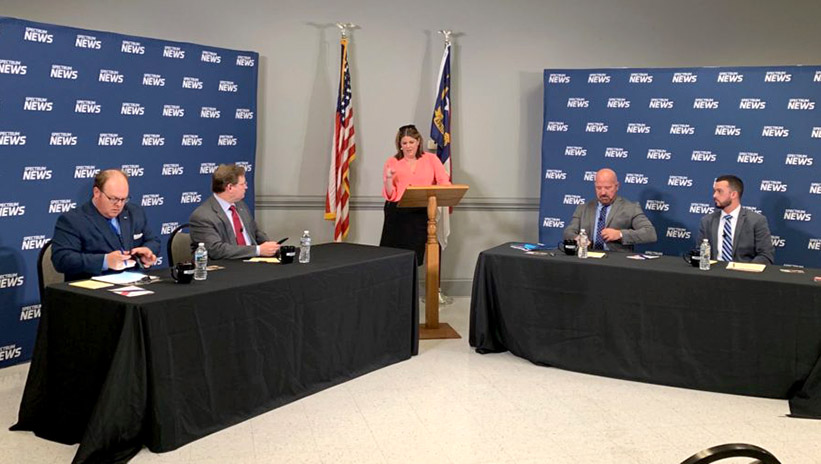 Expanding Medicaid in North Carolina would reverberate throughout the state in disparate yet significant ways, affecting rural communities, people without jobs, as well as the uninsured and insured alike.

Cooper wants it, and Republicans don't. Thus the stalemate.

"We should have expanded Medicaid back in 2014, but we have the opportunity to do it now," Riley said.

Dollar brought up House Bill 655, the Republicans' plan to provide health care to the more than 600,000 North Carolinians without it. The bill, called N.C. Health Care for Working Families and originally filed in April, has stalled in committee.

Work requirements have been, and will continue to be, a primary point of debate "Do you want to expand Medicaid to able-bodied adults?" Lenardson asked. He supports a work requirement.

Said Goodwin, "...by definition, the vast majority of people benefitting from it [Medicaid] are working families."

"Let's be clear about what work requirements are," Riley said. "They sound good in theory, but they do nothing to boost employment. In fact, what they do is erect barriers, bureaucratic barriers, to coverage. When people need it most, we're going to block you from coverage by erecting these reporting requirements."

When asked how Medicaid would affect the state budget, Dollar said, "It should be a net gain to the state budget ... you want the benefit of the program, but you certainly have to be careful because it is an entitlement program."

Lenardson looked at the money issue from an economic perspective.

"Medicaid patients pay less for care to hospitals, you and I pay more," Lenardson said.

"Medicaid costs shift the cost of your premium onto the private payer - that's how they pay for it. They raise private premiums to pay for the loss that they have in Medicaid." He later added, "If you expand eligibility and you expand Medicaid, it won't matter what you do. You will never control cost."

Goodwin attributed the lack of Medicaid expansion to politics. That may be true, but that pendulum swings both ways. Already, Lenardson said, 12,000 North Carolinians sit on Medicaid waiting lists.

"We have over a million uninsured people," Riley said. "If we are not expanding Medicaid, we're not going to be able to manage health and improve health outlooks here in North Carolina."

Said Dollar, "If you do the Working Families Program that the Republicans are talking about in the North Carolina House, that will help hospitals, but to say that it would magically stem [health care consolidation] is not necessarily true."

Loretta Boniti, senior political reporter at Spectrum News, moderated the debate. An edited version will be broadcast 11:30 a.m. Sunday, Sept. 29, on Spectrum. The full-length debate will available online at spectrumlocalnews.com.