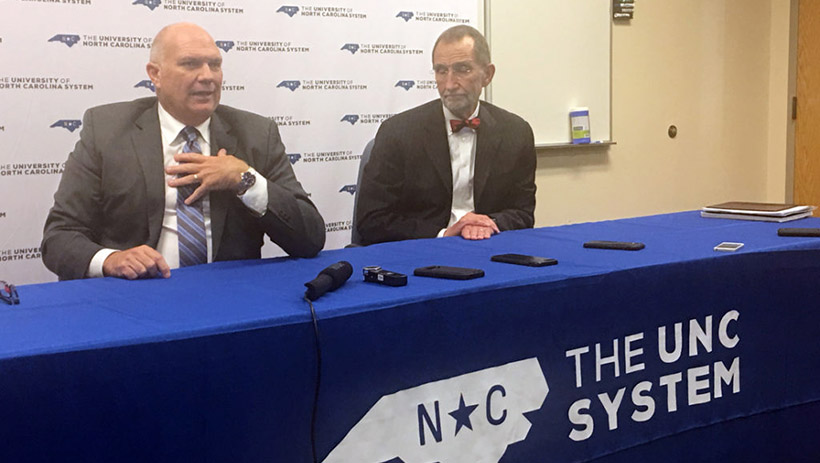 One day after the University of North Carolina's board chairman submitted his resignation, interim President Dr. Bill Roper has announced he's not interested in permanently leading UNC.

Roper last week looked tense during a news conference alongside board chairman Harry Smith. Tuesday, Smith announced he would step down as board chair effective Oct. 1.

"Setting a clear time frame is a clear course of action to allow our system time to plan for a successor. I have no plans to be a candidate for president beyond June 30," Roper said in a letter to the board.

"This additional time in service will allow me to reach the goals and obligations set when I began the role of interim president," Roper said in a statement.

The former head of UNC Health Care became interim president in January, after the quick exit of former President Margaret Spellings. She resigned just 2-1/2 years into her five year contract.

Until now, Roper hadn't said whether he wanted the permanent job, but indicated he'd stay as long as needed.