RALEIGH     A Republican state lawmaker pledged to protect property owners from being annexed involuntarily into the five cities that sued the state over Annexation Reform legislation that passed last year.

Officials from the cities of Kinston, Rocky Mount, Wilmington, Lexington, and Fayetteville celebrated when a district court judge ruled recently that a vital portion of the law -- the part giving property owners a chance to reject involuntary annexation by petition -- is unconstitutional. 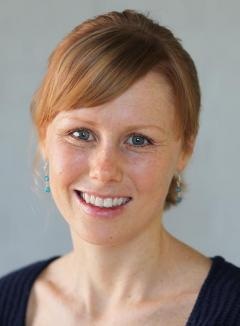 Sara Burrows
R-Lenoir, gives two reasons why he says it's too soon for the cities to celebrate. One, he doesn't think the judge's ruling will hold up in the appeals process. Two, he plans to introduce legislation in the short session that would repeal specifically the nine annexations underway by those five cities.

Supporters of the decision say the annexations at issue followed the law and that it was unfair for the General Assembly to allow property owners to undo them after the fact.

On March 27, Wake County Superior Court Judge Shannon Joseph ruled in favor of the cities, whose leaders argued that the legislature overstepped its authority last summer when it passed a law preventing cities from annexing land without property owners' consent.

Joseph declared unconstitutional a provision of the law, which makes an annexation null and void if 60 percent of property owners targeted by the annexation petition against it. She agreed with the cities that the petition process amounted to a vote, and that the right to vote cannot be conditioned on whether someone owns property. In Joseph's view, renters should not be excluded from the annexation process.

Opponents of involuntary annexation counter that the disenfranchisement of renters is a smoke-and-mirrors argument, that property owners are the ones whose rights are at stake if their land is at risk of being "taken" by cities.

LaRoque pointed out that the petition process has been used for "voluntary" annexations for decades. Voluntary annexations are those in which property owners residing just outside city limits request to be taken in by the city.

Cities usually aren't enthusiastic about these types of annexations, because requests for annexation typically come from poor communities in need of services. Cities are much more interested in incorporating wealthier, self-sufficient communities that can expand the cities' tax base while requiring few services in exchange for those tax dollars.

He said he "completely disagrees" with the ruling and is confident it won't hold up through the appeals process.

LaRoque said it was a brazen move for the cities to challenge the General Assembly's authority over cities when it comes to annexation.

"The constitution is very clear as to who draws municipal boundaries and that's the legislature," he said.

He said the state plans to appeal the ruling. Meantime, the Republican leadership in the House and Senate are considering a moratorium on all annexations until the case makes its way to the North Carolina Supreme Court.

"If the Supreme Court upheld the petition process we could remove the moratorium and be good to go," LaRoque said. "If it doesn't, the moratorium would be in place until we're able to work out a method that's fair to the property owners."

One method, he said, would give the cities what they claim they want -- a vote open to all residents, including renters, in the area selected for involuntary annexation. Only this time around, lawmakers would require that 60 percent of residents approve of a city-initiated annexation.

Under this arrangement, if 40 percent objected (or sat home on election day), the annexation would be stopped, compared to the 60 percent who must object now. This would place the burden on the city to earn the votes.

LaRoque said the same rule should apply for a resident-initiated annexation. If 60 percent of the residents of an unincorporated area voted to be annexed, the city would be forced to take them in.

"We still feel the protest petition is the proper way to go, but these are options," he said.

LaRoque also plans to work toward passing a bill in the short session (which begins in May) that would repeal the nine annexations the cities sought to preserve in the lawsuit. Senate leader Phil Berger, R-Rockingham, hinted on the day the ruling was issued that such a measure may be on tap.

"We want to send a very clear signal to them that we make the laws," LaRoque said.

While the North Carolina League of Municipalities, which lobbies on behalf of cities, was not party to the lawsuits, spokeswoman Kelli Kukura said members of the organization understand why the cities "felt they had to file suit as an obligation to their citizens."

Kukura did not mention anything about the petition process, which is the reason the cities claimed they sued. Instead she talked about the financial implications to the cities and the unfairness of applying the law retroactively.

"These annexations followed the law in every way, and then, new law was applied retroactively after significant investments were made," Kukura said.

"Businesses wouldn't want to have to run that way and our taxpayers don't expect the General Assembly to require cities to run that way, where nothing is certain. Citizens in these cities believe it is very unfair. Moving forward with new law is one thing, but retroactive application of the law has really upset the city residents."
Go Back