Dollars and Debt: How Long Can Medicaid Expansion Last? 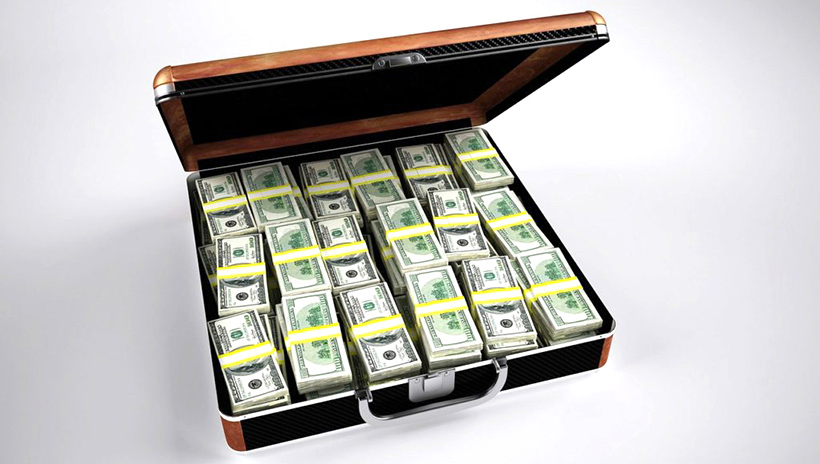 To bear the burden of expanding Medicaid, states rely on Uncle Sam to pick up 90% of the costs. So far, the federal government hasn't failed. But how sustainable is the Medicaid program, really?

Expanding Medicaid in North Carolina would cost roughly $2 billion in the first year, but the federal funds - meaning taxes - cover 90% of the cost, according to Gov. Roy Cooper's 2019-20 budget proposal. Under the Republican alternative, N.C. Healthcare for Working Families, even that remaining 10% is covered by hospitals, providers, and patients.

The House Health Committee passed the measure last week. A floor vote won't come before Sept. 30, at the earliest, as the General Assembly has scheduled only no-vote, "skeletal" sessions this week. Even if the bill passes the full House, Senate leaders publicly remain skeptical about expanding the government program beyond its mandate to cover the poor, the elderly, the disabled, and children in single-parent families.

"Read my lips: There is no state funding. Why is that? It is because the feds fund 90%," Rep. Donny Lambeth, R-Forsyth, said in the Health Committee. "There is no local cost."

At least not yet, critics say. Weighing the federal debt, they doubt the federal government's ability to keep its promise to pay 90% for long.

And while there may not be a local cost, there's certainly a federal cost. The federal debt has already climbed to 78% of the gross domestic product - reaching heights not seen since shortly after World War II.

Health care is one of the main culprits. The U.S. already spends more than a quarter of the federal budget on the major health programs. Within 30 years, 40% of all federal noninterest spending would be poured into the major health care programs, according to a Congressional Budget Office report.

Supporters of expansion argue Medicaid match rates have remained stable in the past, and that any legislator seeking to lower them would face serious political and popular opposition.

"I think the match rates will stay in place. I don't see that as a problem," Sen. Paul Lowe, D-Forsyth, said. "I know we've got an individual in the White House who wants to see the collapse of a lot of things ... But I think that, all and all, they've tried to kill the affordable care act several times, but it's still living. It's still alive."

Medicaid is slimmer than Medicare, but as a means-tested program it's also much more vulnerable to budget cuts, said Heritage Foundation expert Romina Boccia. The Congressional Budget Office has already recommended lowering the federal match rate as one way to combat the rising $22 trillion national debt.

"Uncle Sam can't keep that promise forever," said Duke University research scholar Christopher Conover. "Everyone knows in their heart of hearts that somebody's got to pay for this eventually. Money doesn't grow on trees. If we keep on running deficits year after year, that literally cannot go on forever. Even if we can't predict when it will hit the fan, it will happen at some point."

Thirty years out, the outlook is even more bleak. The CBO expects the debt to be 144% of the gross domestic product. That number is fluid, however, as even a 1% hike in interest rates could pitch that number up to 199% of GDP by 2049.

For perspective, Greece's debt was 146.2% of its GDP when its economy plunged so badly that only two of five of its youth 16 to 24 years old had jobs in 2013. Greece's overall unemployment rate was more than double that of America's during the worst years of the Great Recession.

"If the question is whether something is wrong with health care, the answer is everything," says David Hyman, author of Overcharged: Why Americans Pay Too Much for Healthcare.

"You've heard the phrase, throwing gasoline on the fire? Unless you reform the system in ways that make it work better, dumping more individuals into the market is just throwing more money at it without actually helping people."