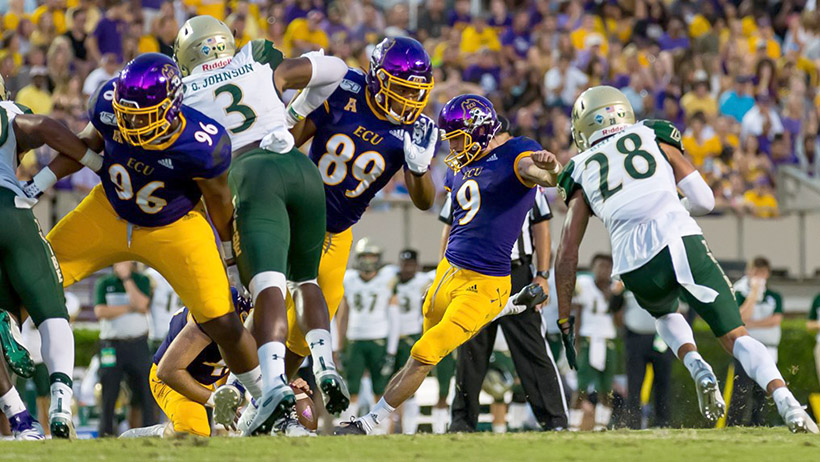 Verity picked up his third career league player-of-the-week accolade after accounting for 13 of ECU's 19 points (4-of-5 FGs, 1-of-1 PAT) in a 19-7 win over William & Mary in non-conference action. His four field goals matched a career-high (BYU, 2017) and also tied a school single-game record. Verity hit three pointers from 31, 33, 22 and 45 yards out and also missed a potentially career-long 55-yarder as time expired in the second quarter.

The Bremen, Ga. native logged his 15th career multi-field goal contests (third of the season) and moved into eighth place on ECU's career scoring list (210 points), becoming the ninth player in program history to reach the 200-point milestone. This season he is a perfect 8-of-8 on PATs and 9-of-11 on FGs and ranks among the national leaders in field goals per game (sixth/2.25) and field goal percentage (44th/81.8). In the American, he is first in field goals attempted per game, second in kick scoring (8.8 ppg) and field goal percentage.