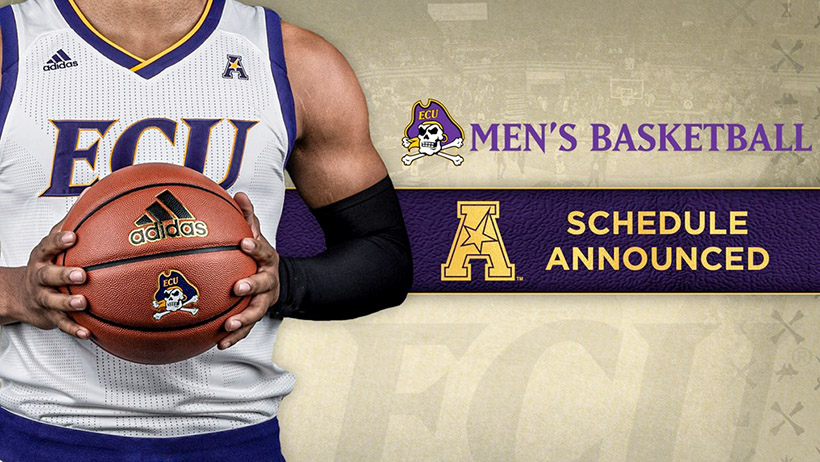 GREENVILLE, N.C.     East Carolina will lift the lid on its sixth season in the American Athletic Conference on New Year's Day, Jan. 1, with a road trip to Wichita State as the league unveiled its 2020 men's basketball composite schedule on Friday, complete with designated tip times and television listings.

The Pirates have 18 games on their league schedule in addition to their 13-game non-conference slate, which was announced in August. After opening conference play on the road, ECU will return to home to play three in a row inside Williams Arena at Minges Coliseum, welcoming USF (Jan. 7), SMU (Jan. 11) and Tulsa (Jan. 15).

Following a road trip to 2019 American conference champion Cincinnati (Jan. 19) and a return visit to SMU (Jan. 22), ECU opens a two-game homestand by hosting Tulane (Jan. 25) before closing out the first month of the new decade versus 2019 regular season winner Houston (Jan. 29), in its lone meeting of the season against Cougars.

ECU tips off February by playing three of its first four games on the road beginning with a trip to Philadelphia to take on Temple (Feb. 1) followed by visits to Tulane (Feb. 8) and Tulsa (Feb. 12) with a home date against UCF (Feb. 6) sandwiched between.

Fifteen of ECU's 18 conference games will be televised or streamed by the family on ESPN networks with its home games versus Cincinnati and away contests at Temple and Memphis broadcast by CBS Sports Network.

The 2020 American Basketball Championship will be held March 12-15 at Dickies Arena in Fort Worth, Texas.

Television and streaming broadcasts for all non-conference home games will be announced at later date.