Our political process is under tremendous pressure, no question. In North Carolina and beyond, politics has been overly coarsened, polarized, and trivialized. But the system isn’t irreparably broken. carolina journal, state leaders, healthcare, september 18, 2019
Home
Categories
Login 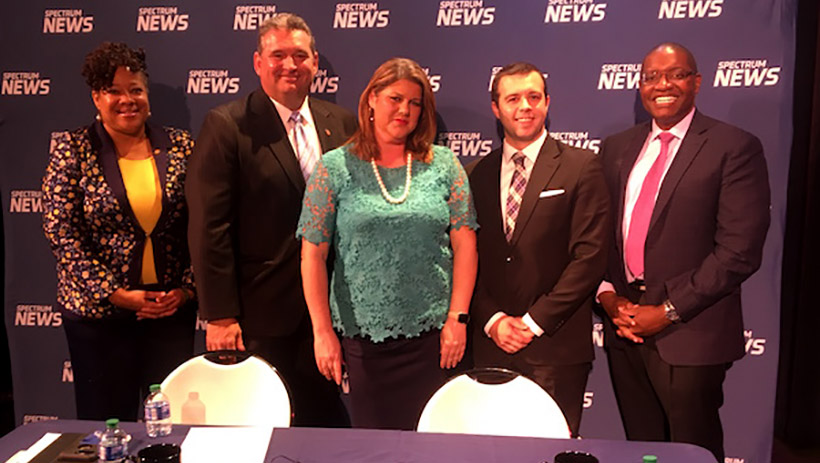 The state of the political discourse was lousy. "Laws are no longer made by a rational process of public discussion," wrote one longtime columnist. "They are made by a process of blackmail and intimidation, and they are executed in the same manner. The typical lawmaker of today is a man wholly devoid of principle - a mere counter in a grotesque and knavish game." The same writer observed that, compared to "a state legislature in session," a visit to the local zoo would be "informing, stimulating and ennobling."

Our political process is under tremendous pressure, no question. In North Carolina and beyond, politics has been overly coarsened, polarized, and trivialized. But the system isn't irreparably broken.

Lawmakers continue to draft important bills, to recruit bipartisan support, and to make substantive arguments for or against their enactment. Politically influential leaders still engage each other without constantly resorting to schemes or insults. North Carolinians of differing political views haven't stopped talking to each other.

We don't do these things enough, of course. We must do more. But cynicism about our civic dialogue is premature. There are positive examples out there, examples that deserve attention and emulation.

The North Carolina Institute of Political Leadership (IOPL) has been doing this kind of work for decades. (I have long been on its faculty and currently chair the board of directors.) Its signature program is the IOPL Fellowship. Twice a year, IOPL selects a class of promising leaders - North Carolinians aspiring to be public servants in some capacity - and provides extensive training to prepare fellows to fill those roles effectively.

The participants, faculty, and board of IOPL are carefully balanced by party, ideology, and other characteristics. Fellows learn the nuts and bolts of political campaigns, to be sure, but they also learn how to govern wisely, in either elective or appointive office, as well as how other institutions such as associations, interest groups, think tanks, and media outlets help to shape political events and issues.

Four years ago, IOPL decided to take its message to a larger audience by co-hosting a series of Hometown Debates along with local chambers of commerce. During election years, the series focuses on statewide offices or referenda. In non-election years, IOPL and its partners assemble panels of elected officials and policy practitioners to debate critical issues facing North Carolina.

On Oct. 1, Rep. Carla Cunningham, D-Mecklenburg, and Sen. Carl Ford, R-Cabarrus, will headline a panel at the Norvell Theater in Salisbury on health insurance issues. On Oct. 8, Sen. Jim Perry, R-Lenoir, and Sen. Don Davis, D-Greene, will be part of a debate at East Carolina University's Black Box Theater on how to improve health care access in rural areas. Finally, on Oct. 17, Reps. MaryAnn Black, D-Durham, and Donna White, R-Johnston, will discuss issues of health care delivery at the civic center of Vance-Granville Community College.

All four one-hour debates begin at 7 p.m. and will be moderated by Loretta Boniti, senior political reporter for the cable channel Spectrum News. Each will be broadcast on the Spectrum website and, in edited form, as an episode of Boniti's weekly public-affairs show "In Focus."

Blue Cross and Blue Shield of North Carolina, the Independent Insurance Agents of North Carolina, the NC Association of Health Underwriters, and the NC Rural Center are among the series sponsors. If you want to elevate the political conversation, attend or watch the Hometown Debates - and help organize similar projects in your community. We all have a part to play in improving the practice of self-government in the state we proudly call home.