The Governor’s Commission on Access to a Sound Basic Education wants to talk about charter schools and how they may fit in the debate over how to implement the Leandro ruling. carolina journal, charter schools, leandro commission, debate, september 11, 2019
Home
Categories
Login 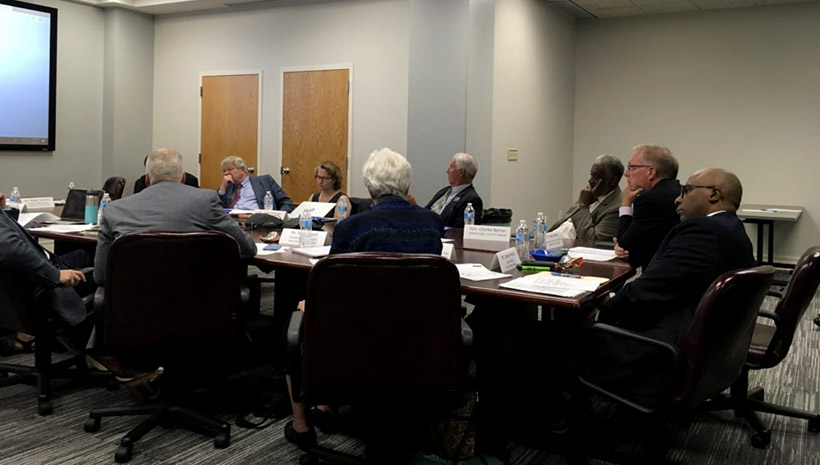 The Governor's Commission on Access to a Sound Basic Education wants to talk about charter schools and how they may fit in the debate over how to implement the Leandro ruling.

The commission met Monday, Sept. 9, to fine-tune recommendations on how the state could comply with the landmark Leandro case, which also recommended greater scrutiny over the impact of charter schools.

The Leandro case dates to 1994, when five rural school districts sued the state, arguing they couldn't raise enough tax revenue locally to provide their students an education on the same level with schools in wealthier districts. Soon after, the state Supreme Court held that every North Carolina child has a right to "a sound, basic education" under the state constitution. In 2004, the court ruled the state failed to live up to the earlier ruling.

Gov. Roy Cooper created the Commission on Access to a Sound Basic Education in 2017 and tasked the 19-member group with outlining how the state could live up to the Leandro ruling.

The commission called for the state to conduct a study on how best to fund charter schools.

Charter schools, which are public schools, were never really part of the Leandro conversation until now. The draft recommendations from the Finance & Resources working group claims the expansion of charter schools has placed a financial and operational burden on public schools in school districts.

Helen "Sunny" Ladd, the Susan B. King Professor Emeritus of Public Policy at Duke University, said calling for a charter school study is a compromise to the question of how to address charter schools in terms of the Leandro case.

Terry Stoops, the vice president of research and director of education studies at the John Locke Foundation, said the commission has doubled down on their criticism of public charter schools.

Additions also include a greater emphasis on reading instruction for early grade levels, a call for discontinuing the school performance grades, and the recognition that the current school funding formula is not sufficient.

A final report is still a few meetings away. Brad Wilson, the chair of the commission, said they are waiting for the court to make public the WestEd report before finalizing their own recommendations.

WestEd was chosen as an independent consultant in the longstanding Leandro case and was tasked with filing a report detailing what the state needs to do to comply with the court's ruling. The education consulting group sent their findings to Judge David Lee, the judge overseeing the state's compliance with Leandro, on June 17, but the report hasn't been released to the public.

Wilson said the WestEd report will likely complement or align with the commission's recommendations.

"We are certainly anxious to see the report," Wilson said. "It might fill in a gap for us, or it might spawn an idea that we should then address for the first time or at a level of specificity that we haven't done."