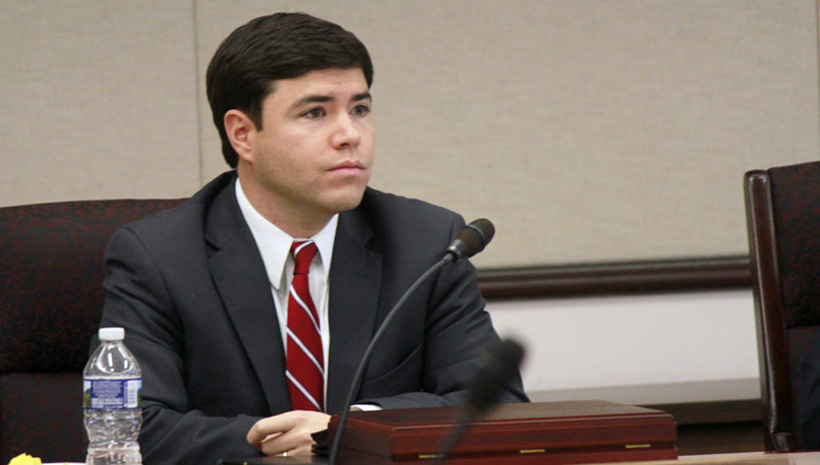 The N.C. State Board of Education in its monthly meeting Wednesday, Sept. 4, released the 2018-19 Accountability and School Performance Grades report. The report includes test data for a variety of subjects, school growth data, and the number of low-performing schools in the state.

While North Carolina public schools have made some gains, particularly in science, the percentage of students scoring proficient on reading tests hasn't moved much over the past few school years. The recent math scores can't be compared to past scores because of changes in mathematics standards.

A little more than 57% of students in grades three through eight were considered Grade Level Proficient in terms of reading, while only 45.2% of students scored at or above a 4, classifying them as Career or College Ready. Stoops said this is 0.1% lower than the year before. It's slightly lower than the 2016-17 score of 57.5%.

Read to Achieve, a statewide reading intervention program for K-3 students struggling to learn to read, was implemented during 2013-14. The intent of the program was to boost reading scores across the state by focusing on early intervention from kindergarten to third grade.

Millions of dollars were poured into Read to Achieve, but significant gains in reading have been elusive.

During a news conference announcing the legislative reforms, Berger said Read to Achieve was working well in some places, but adjustments in other areas were needed.

The bill passed Aug. 8, but Democratic Gov. Roy Cooper vetoed it a couple weeks later. Cooper argued the legislation was a bandage for a program in which implementation has failed.

"Teaching children to read well is a critical goal for their future success, but recent evaluations show that Read to Achieve is ineffective and costly" Cooper said in his veto message.

Bill D'Elia, a spokesman for Berger, said lawmakers worked with a bipartisan group of stakeholders, including Cooper's administration, to write legislation to improve Read to Achieve.

"That legislation, the Excellent Public Schools Act of 2019, passed the Senate unanimously," D'Elia said. "But Governor Cooper chose to veto a children's reading bill, written in part by his own administration, because of his obsessive Medicaid-or-nothing standoff."

D'Elia was referring to the impasse between the governor and the legislature over the General Fund budget, which Cooper vetoed June 28.

"For the first time in years, we saw an increase in the passing rate on the third-grade reading exam, albeit a slight one," D'Elia said.

Stoops said the state has failed to identify factors that contributed to inadequate reading instruction and low reading scores.

"The General Assembly provided funding for a range of problems that were never clearly defined," Stoops said. "Is the problem with inadequate literacy training, or is the problem with the classroom environment, class size, or instructional materials?"

News of the stagnant reading scores comes when State Superintendent Mark Johnson is fighting to switch schools to a new reading diagnostic tool, Istation. Since the start of Read to Achieve in 2013, the state has used Amplify's mClass to monitor reading scores and help inform literacy instruction.

In June, Johnson announced the $8.3 million reading diagnostic contract would go to Istation. The decision brought complaints from Amplify, which claimed Istation was developmentally inappropriate. Amplify filed a protest challenging the decision and argued the evaluation committee tasked with awarding the contract settled on staying with mClass.

Johnson has brushed aside talk the evaluation committee came to any consensus and instead says Istation is the superior choice. He said the evaluation process was mired by conflicts of interest and breach of confidentiality, which led to the cancellation of two Request for Proposal applications. Instead, DPI directly negotiated with both Amplify and Istation.

Internal DPI documents obtained by WRAL show Istation was less expensive than Amplify. The assessment cost for Amplify was about $12 million for three years, compared to about $8.3 million for Istation. The Contract Award Recommendation letter says that while Istation is less costly it includes 3,000 teacher-directed lessons, remote student and parent access, and professional development.

"While Amplify was able to submit an offer to satisfy the agencies needs it was not cost effective," the Contract Award Recommendation letter reads. "As the incumbent the progress made by students in reading is not significant. ... The current test scores does not support the inflated cost offered by Amplify."

Although DPI reaffirmed the contract would go to Istation, Amplify turned to the N.C. Department of Information Technology to block implementation of the new reading diagnostic tool. DIT granted a temporary stay Aug. 19, but Johnson filed a motion to dissolve the injunction.

Johnson on Sept. 4 praised the N.C. Department of Public Instruction K-3 literacy department for handling the confusion caused by the conflict between Amplify and DPI.

"It's very exciting to see that we are bringing changes to these programs, because if we are not moving the needle for students, then we need to do something different," Johnson said.