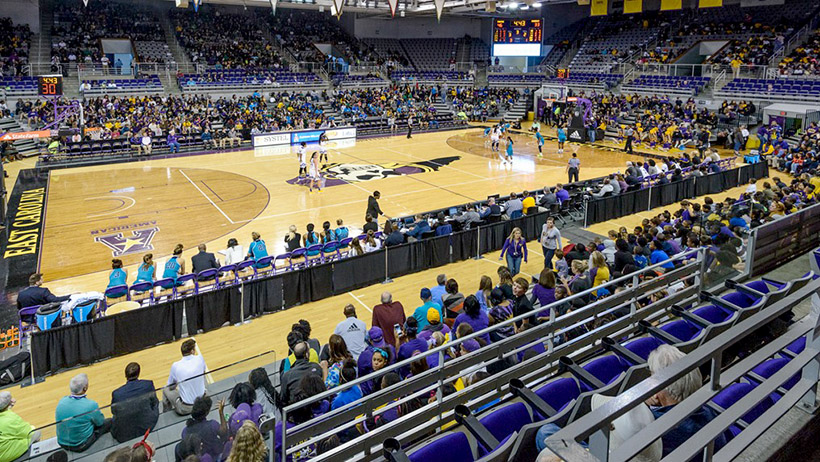 "We're excited about this upcoming season," said McNeill. "To open up our first game against Middle Tennessee State, who is a very good opponent and has an unbelievable tradition, I think that will get us off to the right start. We've added the West Palm Beach Classic with Dayton and Northwestern, which are very good opponents that have been in the top-25 and then heading to Georgia will give our team the experience it needs heading into AAC play."

ECU opens the regular season with its annual Education Day on Wednesday, Nov. 5 when the Pirates host MTSU at 11 a.m., inside Minges Coliseum. Education Day, which sees students from all over Pitt County come to watch the Pirates, has accounted for the top-five home crowds in program history, including last season's record 6,276 fans.

The Pirates will follow the opener with a matchup against USC Upstate on Friday, Nov. 8. William & Mary will come to Greenville on Tuesday, Nov. 12 for a 7 p.m., tipoff while ECU will host Charlotte on Sunday, Nov. 17.

"To start off at home will be great," McNeill said. "To get our fan base, the student body, the community a glimpse of what East Carolina women's basketball is going to look like is an advantage for us. Then it's our Education Day as well so there's going to be six or seven thousand kids in here screaming and going crazy. We're excited about it. Obviously anybody we play is going to be a tough opponent and we're going to bring our best day in and day out."

The first road trip of the season comes on Wednesday, Nov. 20 when the Pirates travel to VCU. ECU will head back home as the Pirates host UMES for the third consecutive season, with this edition taking place on Saturday, Nov. 23.

December will see ECU play just one game in the friendly confines of Minges Coliseum. The month starts with a road trip to Liberty on Tuesday, Dec. 3.

The Pirates will have nearly two weeks off due to final exams before returning to action on Monday, Dec. 16 with a home game against Howard.

ECU will play a pair of matchups in the West Palm Beach Classic. The Pirates will take on Dayton on Friday, Dec. 20 before battling Northwestern on Saturday, Dec. 21.

The non-conference slate comes to an end on Sunday, Dec. 29 when the Pirates clash with SEC opponent Georgia in Athens.

The Pirates' American Athletic Conference schedule has not been finalized and will be announced at a later date along with tipoff times and the complete television slate.