Published: Saturday, August 31st, 2019 @ 5:59 pm
By: James G. Martin Center for Academic Renewal   ( More Entries )
Publisher's note: The James G. Martin Center for Academic Renewal is a nonprofit institute dedicated to improving higher education in North Carolina and the nation. Located in Raleigh, North Carolina, it has been an independent 501(c)(3) organization since 2003. It was known as the John W. Pope Center for Higher Education Policy until early January 2017. 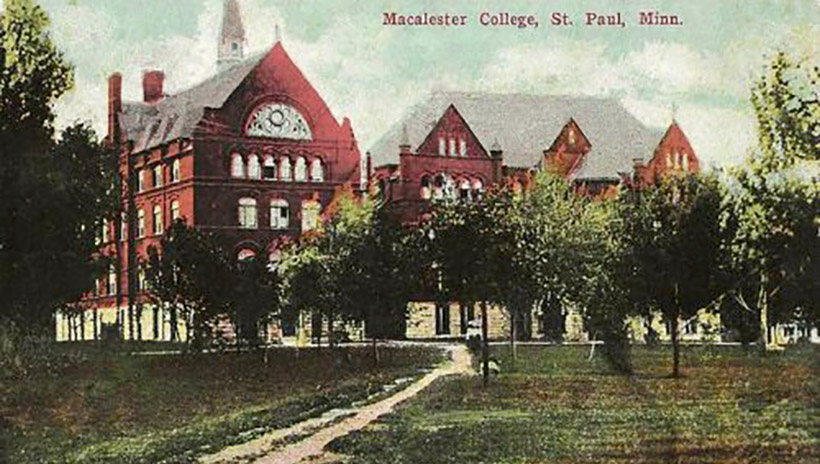 Macalester College is a small (2,000-plus students), highly regarded, and very selective liberal arts college in St. Paul, Minnesota. It is proud of its liberal reputation and international outlook, and touts as past faculty vice presidents Hubert Humphrey and Walter Mondale, as well as undergraduate Kofi Anan, previous head of the United Nations. Macalester boasts a student to faculty ratio of 10:1, an average class size of 17, and ranks 26th-best among liberal arts colleges according to U.S. News and World Report.

Yet on a recent visit to the school, this Macalester alum discovered troubling evidence that should challenge that ranking.

Like many colleges, Macalester holds an "Alumni Weekend" in the first few days of June, where alumni are welcomed back to campus to renew friendships, hear inspirational news of their alma mater, and perhaps step up their donations. Among the many speeches, seminars, and discussions was one on political correctness, in which I was scheduled to participate. But first I had to examine the "PC" culture at the college so I would have a sound basis for my remarks.

I have long suspected Macalester had abandoned the "western civ" ideals we were taught in favor of multiculturalism, identity politics, and social justice, however defined. But I needed proof. Although we often witness leftist abuses at colleges similar to Macalester, I needed empirical evidence specific to Macalester.

How does one discover the intellectual climate at a college from a distant state-Arizona in my case-without spending a whole week on campus interviewing students, faculty, and administrators?

I found that it can be done, and I invite the reader to examine his own alma mater in the four areas I investigated at Macalester.

First, course offerings, course descriptions, and faculty bios are all available online by entering the college name. At Macalester, it quickly became apparent that social justice issues have a toehold in many departments, and it appears that learning objectives have been pushed aside by viewpoint objectives.

For example, American Studies students are required to partake in a "civic engagement component, (which) creates a place to engage with...racial and ethnic differences, inequality and social justice." To do that, "students will discuss books, articles, and films on schools, prisons, and racial inequality by such authors as Angela Davis, Leonard Peltier, Joy James, and Jonathan Kozol." Angela Davis is an avowed communist, Leonard Peltier is an American Indian activist, Joy James is a black feminist, and Jonathan Kozol is a public education radical who fiercely opposes school vouchers which are favored by 72 percent of inner-city black parents. Completely missing is any hint that students grapple with ideas that dissent from the leftist party line.

Second, look online at the student newspaper for a view of student thinking and writing. Editorials, letters to the editor, even news items in The Mac Weekly revealed a clear left-leaning bias. That is not surprising. But what's alarming is that not once in four months of reading the paper did I see any expression of conservative or libertarian dissent from the dominant orthodoxy. One wonders if conservatives at Macalester are similarly cowed into silence in the classroom.

Third, outside speakers invited to a campus can introduce new ideas and insights to students. The list of paid, recent speakers at Macalester for the past two years totaled 14. Excluding five who were non-ideological, nine of the speakers leaned left, including Angela Davis, former official of the Communist Party, and not one leaned right. Interestingly, nine of the 14 were black, and none were white males. For a college that prides itself on diversity and inclusion, the list of speakers shows the opposite.

Fourth, what kind of clubs and organizations exist for students to join? Macalester has approximately 100, and they range from sports to politics to clubs related to each major. Of those that can be classified ideologically, 12 clearly lean left. The single one leaning right is the GOP club.

One club is titled "Feminists in Action/Students Together Against Rape and Sexual Assault." Footnote: The entering class of 2023 was 63 percent female, and Macalester is ranked 18th in the nation for "Best LGBT Colleges by College Choice."

The discussion group that I led, with alumni attendees of widely varying political leanings, were in general agreement that yes, Macalester students, faculty, and administrators are, and always have been, "progressive." The evidence I presented of a leftist monoculture was not challenged, but its insidious impact was eloquently articulated by one person in particular.

Jed graduated in May and studied economics/political science. He grew up on a farm, played sports at Macalester, and graduated with honors. He said many students are afraid to speak freely in class to express conservative views and the few who do have experienced "put downs" by the majority in class discussions. Some are afraid their grades will be affected by revealing such views. As a result, free and open debate is stifled. He also stated some acquaintances "defriended" him once they learned he voted Republican.

As a Macalester graduate who treasures the classical liberal arts education I received, I despair at this lack of free and open inquiry. In my 23 years of teaching college economics, including controversial issues, teaching without bias was the assumed norm. My favorite compliment came when a student said, upon turning in his final exam, "I still can't figure out whether you are liberal or conservative."

College should be a time of intellectual exploration where alternative and diverse ideologies are sought out and welcomed, leading to a lifetime of open-minded learning. Instead, the elite students at Macalester seem to be encased for four years in a bubble of like-minded social justice advocacy that does not tolerate dissent. They will emerge untested, fragile, and unable to confront a post-college world of intellectual diversity.