Colorado Court Ruling on Faithless Electors Could Have Ramifications for N.C. 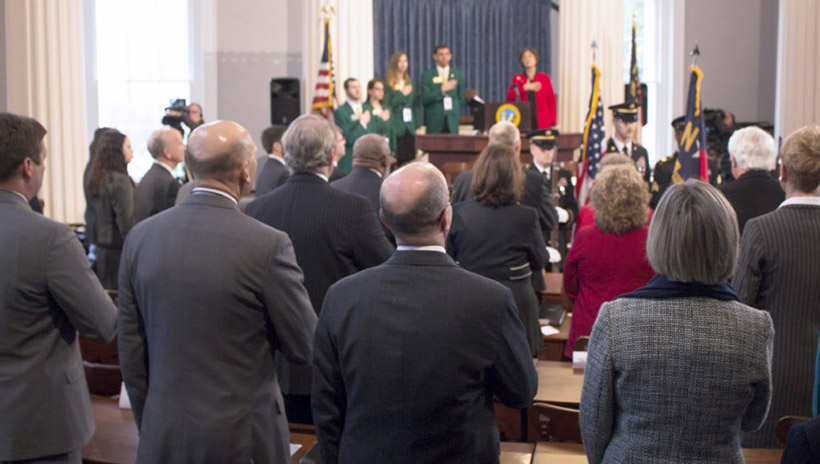 A ruling by the 10th U.S. Circuit Court of Appeals in Denver could have ramifications beyond Colorado, political experts say.

On Aug. 20, a three-judge panel on the federal appellate court ruled 2-1 against the Colorado Secretary of State's Office in a case involving faithless electors. The court ruled unconstitutional a state law requiring presidential electors to vote for the candidate who won the popular vote.

Most states use a winner-takes-all model where all electors vote for the candidate who won the popular vote. Maine and Nebraska are the only states to use the congressional district method: The state is divided into congressional districts and each gets its own electoral vote. Whoever wins the popular vote in each district is granted an electoral vote.

Then-Secretary of State Wayne Williams ordered the three electors to vote for Clinton or be replaced. Micheal Baca, one of the electors, tried to vote for Republican John Kasich, but Williams replaced him with an alternate. The two other electors wanted to vote for Kasich, too, but opted to keep their positions and voted for Clinton.

"Secretary Williams impermissibly interfered with Mr. Baca's exercise of his right to vote as a presidential elector," U.S. Circuit Court Judge Carolyn Baldwin McHugh wrote in the opinion. "Specifically, Secretary Williams acted unconstitutionally by removing Mr. Baca and nullifying his vote for failing to comply with the vote-binding provision."

Michael Bitzer, political science professor at Catawba College, said it's likely the case goes all the way to the U.S. Supreme Court.

"They focused on the issue of the electors' function," Bitzer said of the ruling, "and I think that's going to pose an interesting question for the court as to how much the states can regulate or control that federal function in a system where federal supremacy rules."

Colorado Secretary of State Jena Griswold told The Colorado Sun the ruling "sets an extremely dangerous precedent that would enable a few people to override the majority of Colorado votes."

Bitzer said the Electoral College is just part of our republican system. While the electoral college is explicitly mentioned in the Constitution, political parties aren't. The rise of the political parties complicates things, he said.

"Some would contend that the Electoral College was designed as a checks-and-balance system to the popular will imposed in bringing a president who may not be qualified for that office," Bitzer said. "This is a continuing conversation in American governance. How much do the people actually rule versus are their checks and balances in the system?"

The ruling could resonate nationally, he said.

"It would definitely affect all 50 states if the Supreme Court rules that states cannot interfere or constrain an elector's action once they've been appointed," Bitzer said.

North Carolina has its own law governing how presidential electors can vote. During the late 1960s, the General Assembly passed a law requiring all electors to vote for their party candidate or face immediate removal and a $500 fine.

Andy Taylor, political professor at N.C. State University, said the safeguard against faithless electors is in the appointment process, and that it doesn't necessarily lie on the enforcement side.

"We've had faithless electors before. The key is the way they are appointed rather than binding their votes," Taylor said. "If you worry about this kind of thing, the remedy is the selection process."

The political parties pick their electors. Whichever party wins the popular vote in the state gets to send their electors to vote.

"All the faithless electors that we have had ... they've never made a difference in the outcome," Taylor said.

Yet people have expressed doubts about electors and the Electoral College - doubt that are likely to grow with this case - Taylor said.