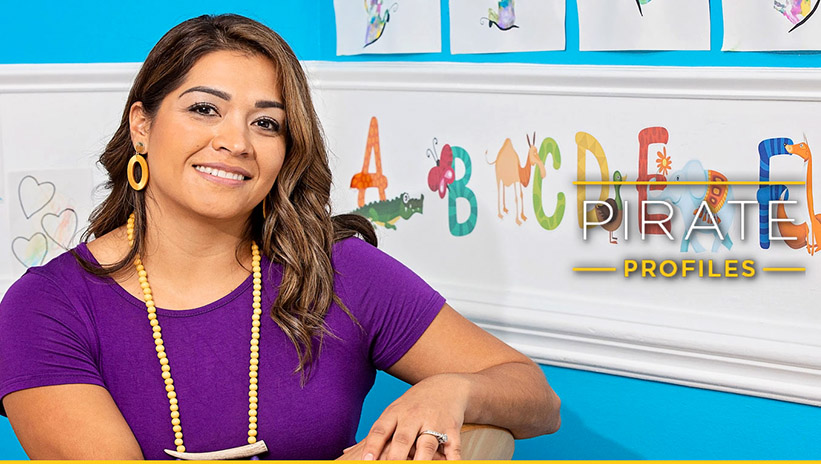 Lappin, originally from Mexico, came to the United States at the age of 6 and was raised in Lenoir County. For the past 15 years, Lappin has lived in Greenville where she is married, has two kids and runs her own child care center.

Lappin is majoring in family and community services and plans to graduate in December. Before coming to ECU, Lappin earned an associate degree in community Spanish interpretation from Wilson Community College. At ECU, she has been a stellar student with a 3.9 GPA and volunteered at the Third Street Education Center and MacGregor Downs Health and Rehabilitation Center.

As a non-traditional student, Lappin credits her family and instructors for being supportive and understanding during her time at ECU. Lappin says that she goes to class now with a different mindset and an intentionality to take what she learns back to her home and workplace. 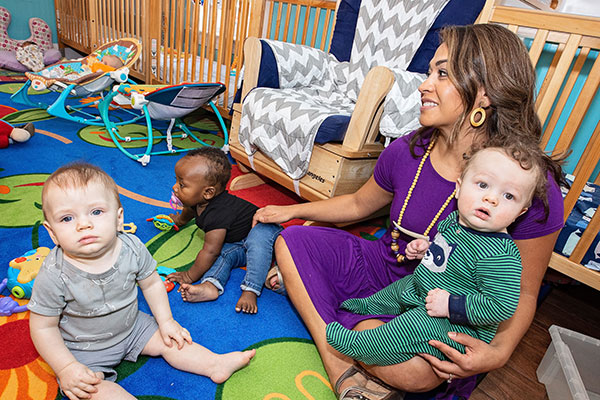 Lappin is the owner of Little Sunshines Learning Center, which offers affordable and quality child care. | Photos: Cliff Hollis
"I see being a non-traditional student as a huge blessing to be able to have the opportunity to come back to school, and if I could go back, I wouldn't change anything because when I was in my 20s I really didn't know what I wanted to do but now it is very definite," Lappin said.

"My advice for those who are thinking about coming back to college is that it's never too late and it can be challenging, but if you have a lot of support and set your mind to it, then it can be done," Lappin added.

Lappin owns and manages Little Sunshines Learning Center, a child care center she started in 2011. Lappin opened with only two children although it was licensed for 110 children. Within two years, Little Sunshines reached its maximum capacity of children for the facility.

"I thought it would take a long time to get things up and running, but there is such a need for quality care in Greenville that is also affordable," Lappin said.

Lappin said the reason she started Little Sunshines was due to her passion for working with children and the need for families to better understand parenting and child development.

Lappin said that Dr. Janie Taylor, the eastern regional director of CareNet Counseling, helped mentor her when she first opened the center and helped her get to where she is today.

"She saw the best in me and brought the best out of me," Lappin said.

As the director of the facility, Lappin prepares budgets, leads staff and designs program plans. She is also responsible for hiring new staff and ensuring that all staff members have met their child care licensing requirements.

"Seeing the kids that we bring in and to watch them transform over time is part of what makes it such a rewarding experience," Lappin said.

Beside classes, her business and family, Lappin enjoys working out, having devotional time, and being involved with the children's ministry at her church.

"It's a whirlwind and a lot of things to juggle because I don't just have myself to figure out what I'm going to do. It's about one of my mottos 'start every day with an attitude of gratitude' because there's a lot of things that I could complain about because with juggling all of those things not everything lines up perfectly every day," Lappin said.

After graduating, Lappin plans to go to graduate school for a master's degree in social work. She hopes to work with families and individuals as a licensed social work therapist.

What is something cool about ECU that you wish you knew during your first year? ECU provides a writing center that helps you with any of your writing assignments. You can have access online or face to face.