As nearly 29,000 students started classes at East Carolina University this week either on campus or online, there were a handful who have returned to complete a journey they started years — or even decades — ago. east carolina university, ECU, partway home program, FINISH initiative, august 26, 2019
Home
Categories
Login 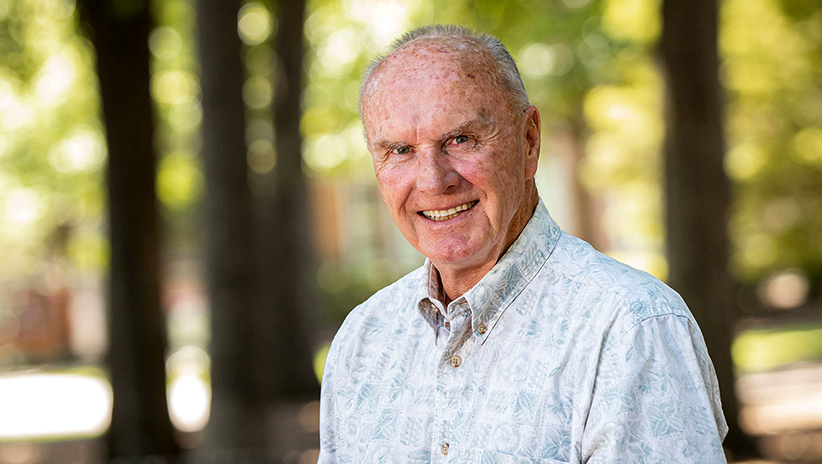 Thanks to ECU’s Partway Home program, Craig Matta is working to finish a degree he started more than 50 years ago. | Photo: Cliff Hollis

As nearly 29,000 students started classes at East Carolina University this week either on campus or online, there were a handful who have returned to complete a journey they started years - or even decades - ago.

Each year there are students who don't return to school for a variety of reasons. Some go to work, others start families, and some face financial issues. The attrition rate from freshman to sophomore year alone is nearly 20%. But there are some Pirates who jump ship when they're much closer to the end of the voyage than the beginning.

Those are the ones targeted by a new program known as Partway Home, or the FINISH initiative. A collaborative effort among academic advising, the registrar's office and individual academic departments, the program targets former students who have more than 90 credit hours, recruiting them to return to ECU to finish what they started.

"We've heard so many different reasons why people decided not to come back," said Dr. Steven Asby, associate director of academic advising and support. Some intend to return, but "as the years pile up, it gets really hard to get back into the groove."

The Partway Home program is aimed at providing support for those students and streamlining the process of completing their coursework. In many cases, the course requirements for their programs have changed, or they may not know about the university's grade forgiveness policy, which allows failing grades to be dropped from the GPA calculation for students who haven't been enrolled for two years, Asby said.

Eleven students completed their degrees during the program's pilot year in 2018-19, and dozens more are now in the pipeline. Notable on the list are former football standouts David Garrard and Chris Johnson, both enrolled for this fall.

Asby said that just reaching out - a personalized email or a letter from the provost - can make all the difference in letting a former student know that ECU hasn't forgotten about them.

Provost Ron Mitchelson said the program is a win-win for the students and the university.

"Each year ECU witnesses a significant number of students who are nearly finished with a degree program but then fail to enroll even though they are in good standing," he said. "They leave for a wide variety of reasons, but we will not let them disappear.

"We will make every effort to locate them and invite them back to our scholarly community. We want them to finish and fully benefit from the investments that they and the institution have made."