Donors Beware: College Officials Have Their Own Ideas About Using Your Money | Beaufort County Now

It is quite common: A successful college alum decides to donate a large sum of his accumulated wealth to his alma mater, but wants the money to be used in a specific way. School officials want the money. james g. martin center, donors, college officials, august 23, 2019
Home
Categories
Login

Donors Beware: College Officials Have Their Own Ideas About Using Your Money

Published: Wednesday, August 28th, 2019 @ 8:36 am
By: James G. Martin Center for Academic Renewal   ( More Entries )
Publisher's note: The James G. Martin Center for Academic Renewal is a nonprofit institute dedicated to improving higher education in North Carolina and the nation. Located in Raleigh, North Carolina, it has been an independent 501(c)(3) organization since 2003. It was known as the John W. Pope Center for Higher Education Policy until early January 2017. 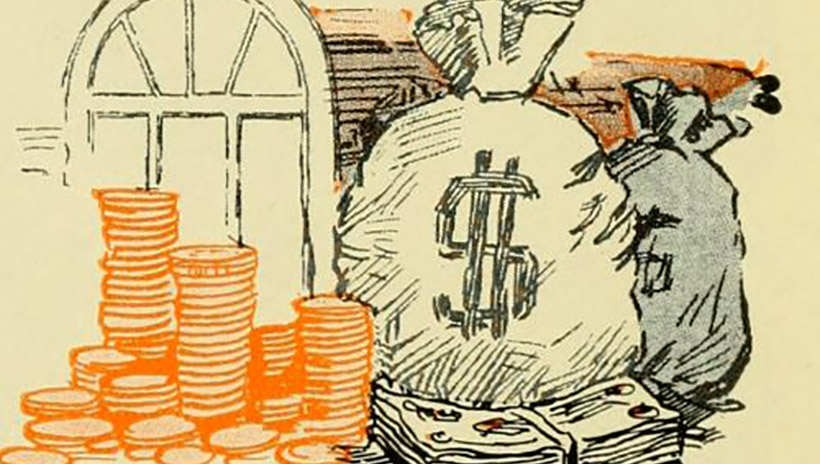 It is quite common: A successful college alum decides to donate a large sum of his accumulated wealth to his alma mater, but wants the money to be used in a specific way. School officials want the money. They don't, however, care for the conditions attached to it. What to do?

The honorable course of action, of course, would be to say, "Thanks, but we'll have to decline unless you are willing to change your conditions." But often, they decide to accept the donation, knowing that they aren't going to fully comply with the donor's intentions. They figure that they will be able to get away with using the money as they desire so long as they don't depart too radically from the donor's intent. Such cases occur regularly, as philanthropy expert Martin Morse Wooster pointed out in his 2011 paper, "Games Universities Play."

The most recent instance of a university accepting an alum's donation and then using it in ways inconsistent with his wishes involves the University of Missouri.

Sherlock Hibbs graduated from Missouri in 1926 and pursued a successful business career. Late in his life, he approached the university's Trulaske College of Business (TCB) with a proposition. He offered $5 million to support six faculty positions. Those positions, however, were not to be filled with just any scholar. Hibbs only wanted people who would conduct their teaching and research from the analytical perspective of the Austrian School of economics.

There are various approaches to the study of economics ("schools" of thought). In the article above, professor Peter Boettke explains the key aspects of the Austrian School: "Man with his purposes and plans is the beginning of all economic analysis. Only individuals make choices; collective entities do not choose. The primary task of economic analysis is to make economic phenomena intelligible by basing it on individual purposes and plans; the secondary task is to trace out the unintended consequences of individual choices."

One of the leading scholars in the Austrian School was Ludwig von Mises and Hibbs stipulated that the faculty members hired with his bequest must all be followers of von Mises' analytical method. At the time Hibbs made his offer to Missouri in 2002, there were many faculty members throughout the U.S. who were Austrian in outlook and there was at least one major university economics department where Austrians were dominant (Auburn). Clearly, Hibbs wanted TCB to become another center for Austrian-based teaching and research.

The problem was that officials at TCB thought that hiring a cadre of Austrians would make it too radical. That's because the Austrians argue that nearly all governmental interventions in the economy are counter-productive: minimum wage laws, occupational licensing laws, labor regulations, subsidies of all kinds, and even government production of money.

Austrian scholars don't necessarily or uniformly write and comment about such public policy questions, but many do and Missouri's provost, Brady Deaton, feared that if the Hibbs bequest were strictly followed, it would create the perception that "the university was held hostage to a particular ideology."

That's a pretty flimsy concern, since employing a small number of Austrian economists in a huge university scarcely entails "being held hostage." Many ideas that compete with Austrian School economics are well entrenched at Missouri. Moreover, the Austrian approach to economics is not an "ideology"-a set of beliefs-but rather a method of inquiry.

University officials were determined to both take Mr. Hibbs' money and avoid his conditions. So in 2003, Bruce Walker, dean of the college, announced that it had accepted the bequest and would use the funds to hire professors with "Evident commitment to the tenets of a free and open market economy, coinciding with the Austrian School of Economics, including such principles as innovation, creativity, change, entrepreneurship, private property, competition, pricing through markets, individual choice, and market processes."

Despite the tiny bow toward Austrian theory, Walker's description meant that the university could hire any business professors so long as they were not leftists. The university wanted to use the money for non-controversial, "mainstream" business professors whose thinking might overlap slightly with the Austrian School. Since Hibbs had died late in 2002, he couldn't object that Missouri was misusing his money.

Missouri was determined to play games with that $5 million.

But there was catch. Under the terms of the bequest, Hillsdale College was to oversee Missouri's use of the funds. Hibbs had known Hillsdale's president Larry Arnn and told him that he planned to make a large donation to his alma mater, but didn't trust Missouri to follow his wishes. At first, Arnn demurred, but later agreed to let him write his will so that Hillsdale would be a third-party beneficiary of the Missouri bequest; if the money was not used according to his desires, the funds would go to Hillsdale.

It was up to Missouri to certify to Hillsdale that it was using the Hibbs bequest in accordance with his desires by sending a letter every four years attesting that it was doing so. In 2006 and 2010, the university sent the required letter, stating that each of the faculty members holding a position funded with Hibbs money was a "dedicated and articulate disciple of Ludwig von Mises and the Austrian School." In neither instance did Hillsdale challenge the certification.

But in 2014, Missouri did not send Hillsdale the required letter, causing the latter to investigate the "Austrianness" of the faculty holding the Hibbs professorships. Hillsdale scholars familiar with the Austrian School had no trouble discerning that not one of them could remotely be described as Austrian. Apprised of that conclusion, Missouri had each professor sign and send to Hillsdale identical statements claiming to be Austrians. That gesture was futile. Hillsdale had firmly concluded that Missouri hadn't made any effort at complying with the terms of the Hibbs bequest.

In 2017, Hillsdale filed suit against the University of Missouri in a state court in St. Louis. It seeks a ruling that Missouri must turn over the $5 million given by Sherlock Hibbs (plus interest) because it failed to comply with his conditions. The case has yet to come to trial. (If it hadn't been for discovery in the case, no one outside of the university would know about its conduct.)

One interesting fact is that part of the Hillsdale legal team is former Missouri governor Jay Nixon, a Democrat. In this PJ Media article, Tyler O'Neil interviewed Nixon, who said, "Donor intent is really important. Donors appreciate that the commitment of their generosity lives beyond their time on earth. When I looked at this, it was clear to me that the intent of Mr. Hibbs was not being embraced or followed by the University of Missouri."

Nixon's view is supported by the silence of the current Hibbs professors as to their adherence to Austrian analysis. Reason magazine's Robby Soave asked each to point to any Austrian theory in their work or references to Ludwig von Mises. Three of them failed to respond at all and the fourth merely suggested that he speak with the university's director of media relations. Austrian scholars are usually eager to talk about their research and teaching, but not those on the TCB faculty who benefit from Hibbs' bequest.

The first legal skirmish was won by the university when it persuaded the Supreme Court of Missouri to change the venue from St. Louis to a local court. Apparently, it hopes to play upon hometown sympathy to keep the money it has been misusing for the last 16 years.

Sherlock Hibbs did everything imaginable to try to guarantee that his school would devote his money to the purposes he had in mind. If the university should convince the jury that it has done nothing wrong and may keep his money, it's hard to imagine that any prospective Missouri donor who wants to target his donation will ever again do so. TCB is helping to further weaken the trust that philanthropy depends on.

I'll close by quoting Martin Wooster's reaction to this dispute: "I don't know of any case involving an enforcement mechanism for honoring donor intent like the one Sherlock Hibbs created. I hope Hillsdale prevails, for I believe Missouri's misuse of the Hibbs endowment is a severe violation of donor intent."

George Leef is the director of editorial content at the James G. Martin Center for Academic Renewal.